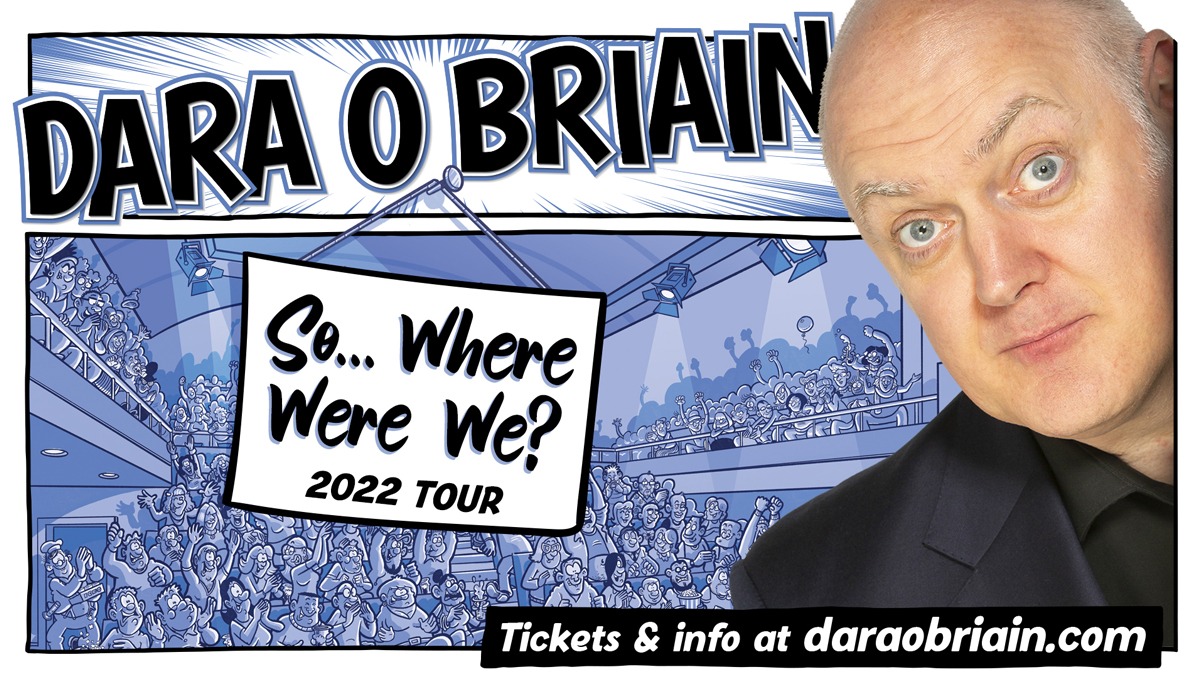 Dara O Briain is bringing his “So… Where Were We?” tour to the University Concert Hall Limerick on Friday, January 14.

“So… Where Were We?” will tour all across Ireland and the UK until December 2022

Comedian Dara O Briain is back on tour with his new live stand-up show called, “So… Where Were We?” which is set to make a stop at the University Concert Hall in Limerick on Friday, January 14.

The tour will take Dara across Ireland and the UK, starting in Vicar St, Dublin, from Wednesday, November 10 until Saturday, November 20, with dates right through until December 2022.

“So… Where Were We?” follows up from Dara’s previous tour, “Voice of Reason,” which he performed 180 times over 2 years and across 20 countries. By March 2020, he decided that he was ready for a break – which he would like to apologise for saying and will never wish for anything like that ever again.

He has promised to hardly mention that past year and a half during his show, but will instead fire out his usual mix of stories, one-liners, audience messing, and tripping over his words because he’s talking too quickly.

Dara has made a name for himself as one of the most recognisable faces on Irish and British TV by being the host of BBC Two’s long-running hit panel show ‘Mock the Week’ and ‘Stargazing Live.’

It has recently been announced that he will host Channel 4’s newest daytime quiz, ‘One & Six Zeros,’ where contestants will compete to win a grand prize of £1,000,000.

All tickets for GIGS ANNOUNCED SO FAR should be on sale. The tour will extend into 2023 and I will be visiting LOTS of places not yet on this list, including Glasgow, Edinburgh, Wales, Manchester, Europe, Australia, NZ…. https://t.co/Q2uX62i2ST

This show is just one of the many exciting events UCH Limerick has coming up, including “Well” by Pat and Faye Shortt on Friday, February 4, 2022 and The High Kings on Sunday, January 30, 2022.

UCH Limerick requires partons to wear a facemask at all times and patrons not wearing a face covering will not be granted access to UCH. Patrons will also be required to provide a Covid vaccine cert upon arrival.

Details for all Dara’s upcoming shows can be found on his website, and tickets are available for purchase directly from the venues in Ireland.