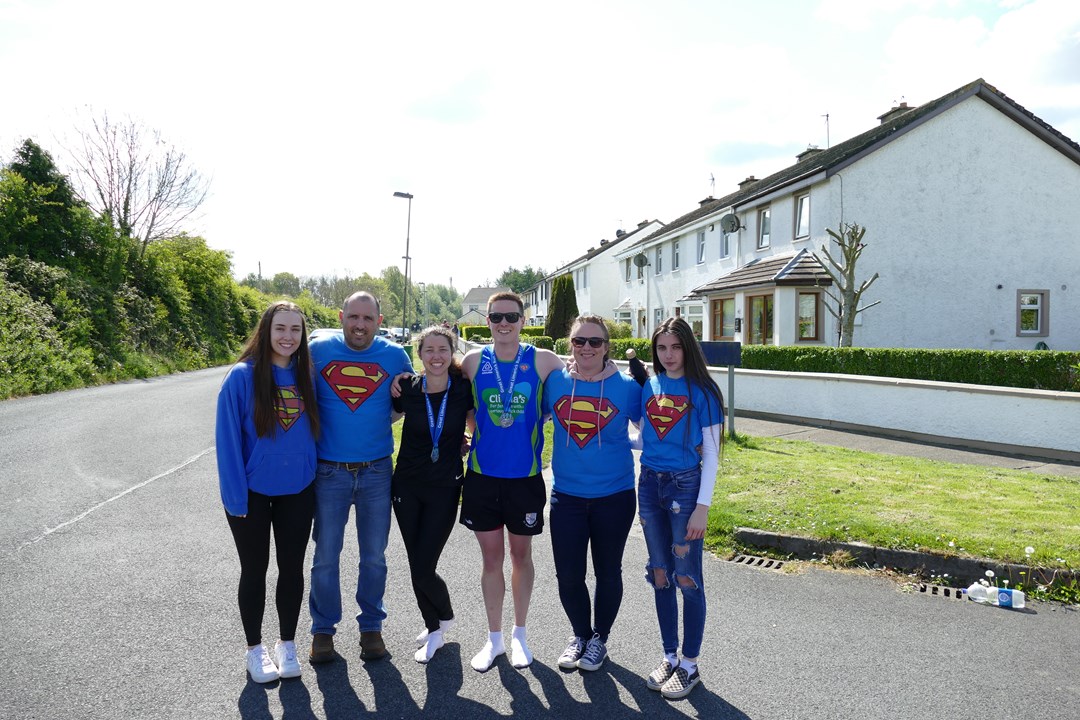 Daragh McCoy pictured above was supported by his girlfriend Ashling and his family and friends. 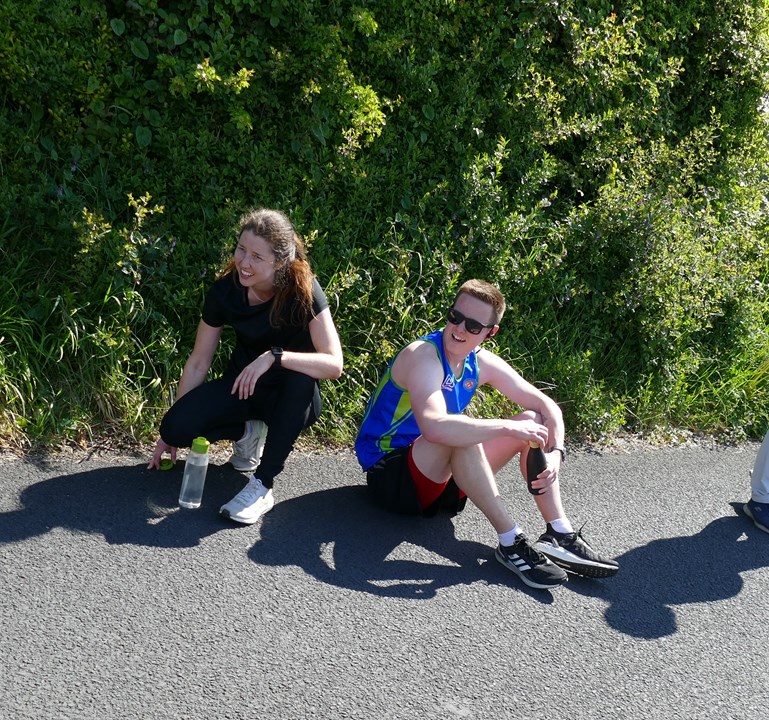 Daragh McCoy completed his first-ever marathon in the virtual Great Limerick Run and raised €3,324 out of his €2,500 goal for Cliona’s Foundation, one of the nominated charities for this year’s run.  He ran a total of 26.2 miles with his girlfriend Ashling.

Daragh is a Shannon native but has ties to Limerick as both of his grandparents are from Limerick. He is an active rugby player with St. Senan’s RFC and a member of Dromoland Castle Golf Club. He teaches Maths in John the Baptist Community School in Hospital, Co. Limerick and is an alumni of UL.

Ashling helped him to prepare by putting together his plan. Already having ran three marathons, she also ran with Daragh on the day, completing an impressive third marathon. Daragh said, “I initially started training in January 2020 and when March 2020 came, the Great Limerick Run was cancelled so I curtailed the training at that point. Roll on January 2021 and I set out to follow Ashling’s plan again. With no sport for the majority of the start of 2021, it meant no distractions so nothing to get in the way of pushing hard and finishing out the training. Plenty of trips to the physio to treat a small IT band issue also helped get me over the line in May.”

Supporting him on the day of the run was Ashling and her family, Daragh’s parents and two of his friends Gary and Cian who were essential in helping to pass Daragh and Ashling water and jellies and picking up after them at different stages of the run. There were also lots of family and friends that came out on the day and supported them at every mile marker. From mile 15 they were joined, unknown to them at the start of the race that they had planned this, by Kieran and Sarah Boland and Neil Jordan, friends of Daragh’s parents and also seasoned runners. They also pushed them right until the end and made it so much easier.

Daragh ran in memory of his cousin Adam Moore who passed away in 2009 at 10 years of age. Daragh committed to marking Adams 21st in 2019 by running in the 2020 Great Limerick Run but these plans were put on hold until this year. He was supported by the amazing Moore family Brian, Dawn, Ciara and Sarah who have also raised huge funds for Cliona’s over the past two years. Cliona’s Foundation is a charity close to the families heart.

Cliona’s Foundation is a national charity with their office in Limerick that provides financial assistance directly to parents of children with life-limiting or chronic complex care needs across Ireland to help with the non-medical expenses related to caring for their child. These costs include but are not limited to accommodation, food, transport, having to take time out of work, pay childminders to look after their other children and specialized equipment. One parent normally gives up work so income is down but expenditure has increased significantly. Unfortunately, many families who find themselves in these circumstances may experience unemployment so there is much need for the vital services they supply.

Commenting on the run Daragh said, “With so much support on the day the time flew and the miles ticked down. The final few miles running from Shannon Airport to home were the toughest and I really felt it in the legs. It was at this stage that Kieran, Sarah and Neill really helped drive us and get to the finish line. The last home stretch was amazing and the entire road was filled with family and friends roaring us home. Not many people can say they’ve started and finished a marathon from their own doorstep. As amazing as that experience was, I fully intend on completing the Great Limerick Run at some point in the near future.”

Cliona’s Foundation are so grateful for Daragh’s efforts and for everyone who supported him.