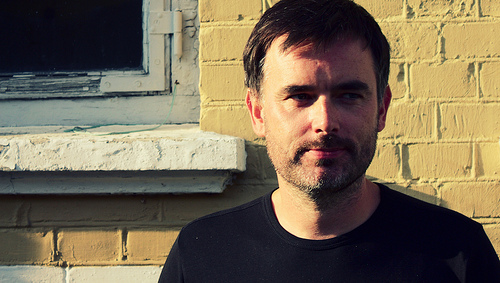 David Noel Bourke was born December 20, 1970 in Limerick, although he now lives in Denmark with his wife Catriona and their two children. Bourke studied acting and writing in Ireland. He then furthered his education in Australia by studying drama and creative writing. He is now an independent filmmaker, screen writer and director.

Bourke has directed and edited five films and has written the scripts for three of those five. His most recent film, ‘Bakerman’ tells the tale of Jens, the protagonist of this story, who has a midlife crisis and chooses to settle some old debts. The 98-minute film is to be released in 2016. Check out the trailer for the movie below:

He created his debut film, Last Exit, in 2003. A story of an Englishman who is out on his luck arriving in Copenhagen to begin a new life. All goes wrong when he falls for a beautiful working girl, Tanya, and he helplessly gets sucked into a nasty underworld. This film received a lot of criticism. One person on the IMDb website wrote “really enjoyed this low budget thriller from Denmark spoken with English dialogues” and rated the film 8 out of 10. But International Walnut, a website that reviews movies, disagreed and said that Last Exit “is truly a horrid movie.” The movie’s budget was $1000, hence the reason for the movie’s many problems such as sound quality. Even though the critic of this film is very much split between positive and negative it has still been said in reviews that “getting this project completed is an impressive feat” with the lack of funding.

David Noel Bourke has attempted to write himself into film history by trying to produce the first crowd-funded movie in Denmark. White Pig is a crime thriller loosely based on the Anders Breivik mass murder case, in which seventy-seven people lost their lives. The first official trailer for this exciting project is here: