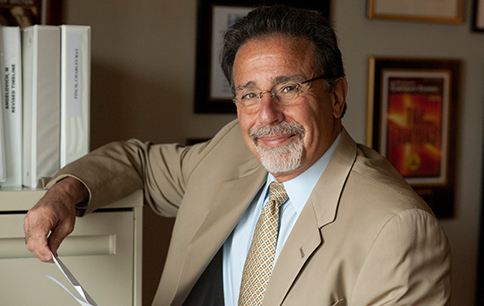 Seoda Shows have announced David Rudolf, defence attorney for Michael Peterson in the hit Netflix documentary series ‘The Staircase’, is to present an intimate evening discussing details of the case and series at Dolans Warehouse on November 28th.

‘Inside The Staircase: Lies, Fake Science, and the Owl Theory’, will see David Rudolf discuss the conflicts he wrestled with in determining whether to let the filmmakers follow him, his client and his trial preparation.

Michael Peterson was convicted in 2003 of murdering his wife, Kathleen Peterson, on December 9, 2001, for which he served almost eight years. However he was granted a new trial, scheduled to begin in May 2017, but in February of that year, he submitted an Alford plea to the reduced charge of manslaughter. He was sentenced to time already served and freed.

The death of Kathleen Peterson shocked everyone; neighbours, police, and supposedly Michael Peterson himself. Was her death truly an accident, or a planned murder?

The case is the subject of the hit Netflix documentary series The Staircase, directed by Jean-Xavier de Lestrade, and which started filming soon after Peterson’s arrest in 2001 and followed events until his eventual Alford plea in 2017.

In the intimate setting of Dolans Warehouse, David Rudolf will proffer his insights into the most curious and contentious issues in the case, including the blood spatter evidence, the bisexuality and Germany evidence, the discovery of the blow poke, and the genesis of the Owl Theory.

The event will be a limited capacity seated show. Tickets for this event are on sale now and can be purchased for €20 plus a booking fee from www.dolans.ie