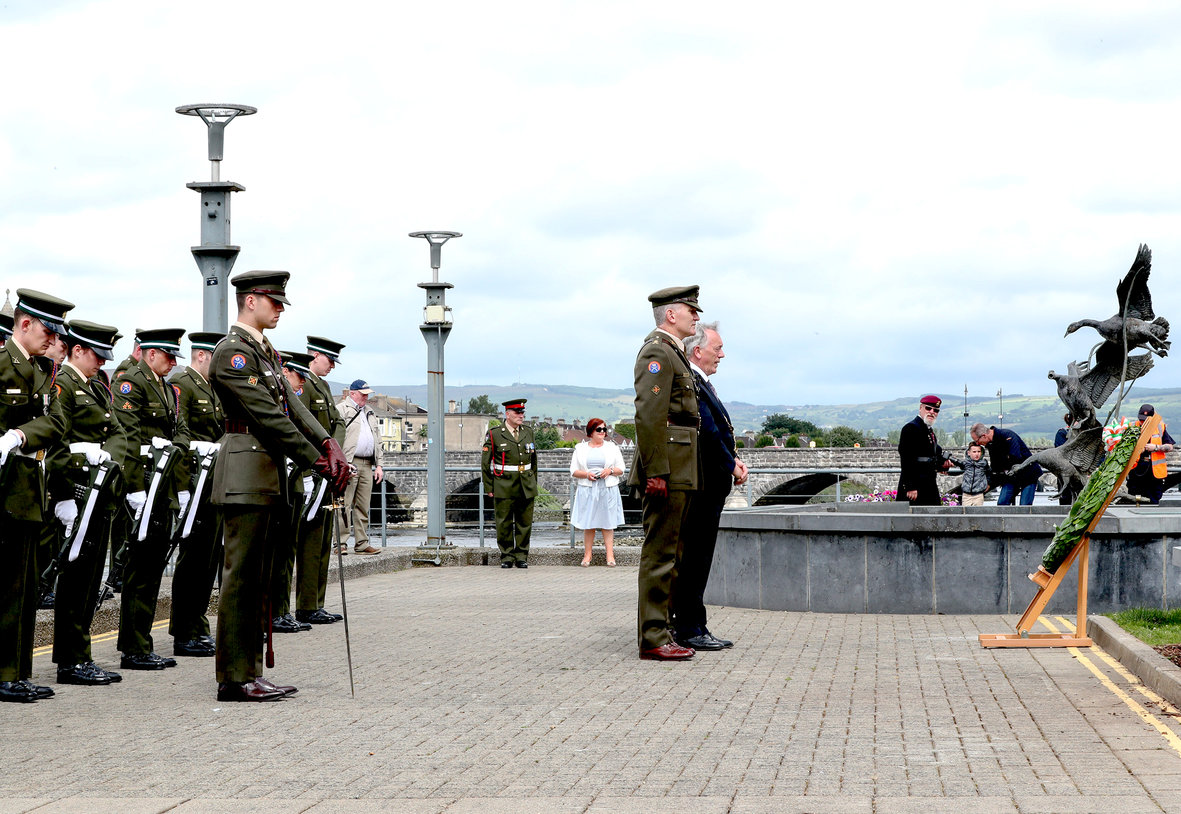 Limerick hosted a Day of Commemoration ceremony on Sunday, 9 July 2017, to honour all Irishmen and Irishwomen who died in past wars or on service with the United Nations.

This year’s Day of commemoration is the seventh year the city has honoured its war dead. Photo: Keith Wiseman.

This is Day of Commemoration Ceremony is the seventh year Limerick have honoured her war dead.

This is the seventh year that Limerick City and County Council has hosted the ceremony, which took place at 11 am in the courtyard area in the grounds of the Council Buildings at Merchant’s Quay.

The Mayor of the City and County of Limerick, Councillor Stephen Keary, laid a wreath honouring those who lost their lives, the National Flag was raised and a minute’s silence observed.

The multi-faith ceremony was open to members of the public, with representatives from the Catholic Church, Church of Ireland, the United Presbyterian and Methodist Churches, the Jewish Community and the Islamic Community leading the ceremony of prayers and readings.

A guard of honour was provided by the 12th Infantry Battalion based at Sarsfield Barracks, Limerick.

The ceremony lasted approximately 45 minutes with light refreshments being provided.

The National day of commemoration takes place every year on the Sunday closest to July 11, the anniversary of the date in 1921 that a truce was signed ending the War of Independence.