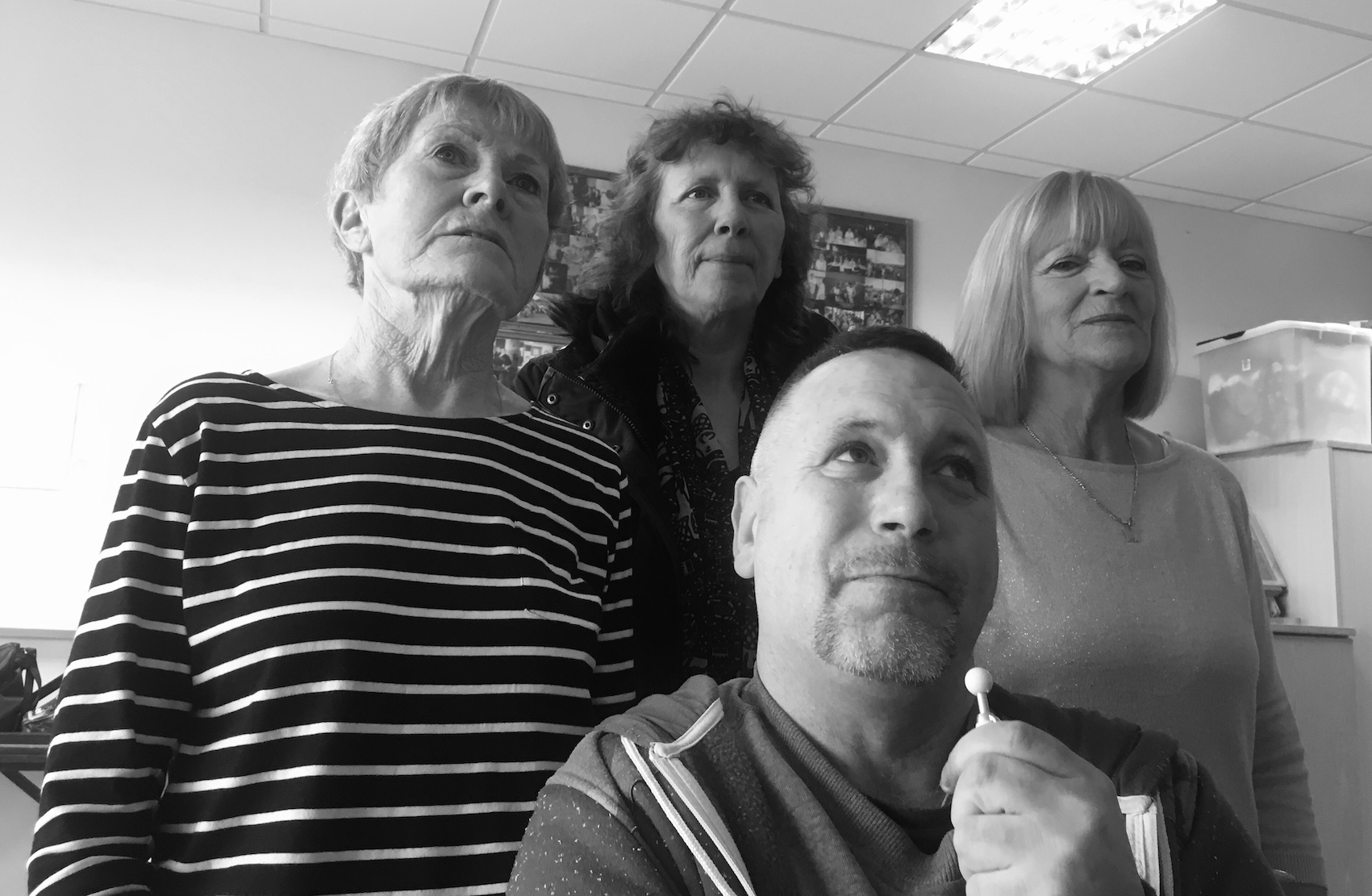 St. Saviours Community Drama Group formed in 2011 in the CIE club as a pilot community drama group with six members and no expectations. Eight years later St. Saviours have emerged as one of Limericks most active Community Drama Groups, with eleven previous sell-out shows under their belt, two short films, a STAR Award nomination and the world premiere of their new play ‘De Craic Factor’ about to be staged in the Belltable in April.  The group are in rehearsals for their new play and 12th production.

Director Karen Fitzgibbon said “They can’t sing, they can’t dance, they look awful, and they’ll go a long way! Everybody wants to be a star in this year’s 12th Production by St. Saviours. Their brand new play hosts a number of Bands as they compete for the lucrative prize of a recording contract with Phony Executives, from woman bands to ageing rock stars, it’s never too late to chase your dreams.

This play is side-splittingly funny, we are in hysterics in rehearsals. It is a bold and brave move for St. Saviours, writing a brand new storyline, yet again!  The challenge never seems to faze the group and this year is no exception.  St. Saviours are bigger and braver and better than ever!”

The purpose of St Saviours Community Group is to give people an outlet in the community. Since their formation in September 2011, St. Saviours Community Drama Group has gone from strength to strength, writing and producing all their own scripts and selling out shows in the Belltable.

Tickets are selling fast at the Lime Tree Theatre and the Belltable box office on 061/774774. At €7 a ticket, this comedy is a bargain! De Craic Factor’ will be performed at the Belltable on April 11 and 12 at 8 pm. Don’t miss this hilarious portrayal of greed and ambition showcasing behind the scenes of the music industry.

St. Saviours Community Drama Group is supported by the Limerick and Clare Education and Training Board (LCETB), LCEN and Limerick Arts Office.