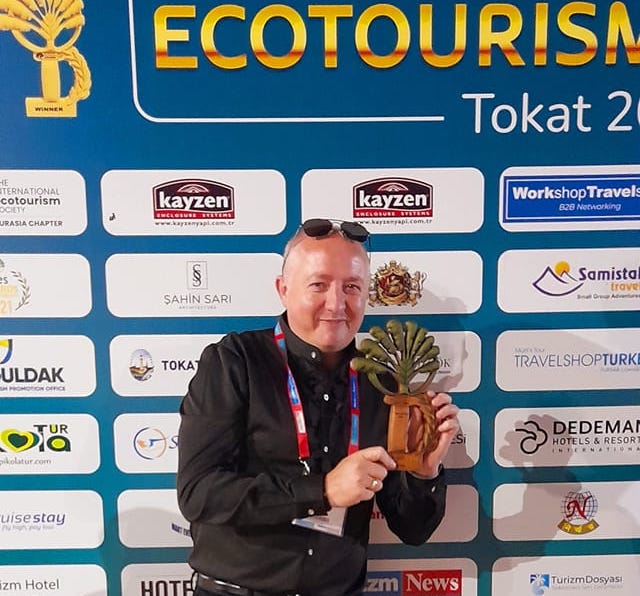 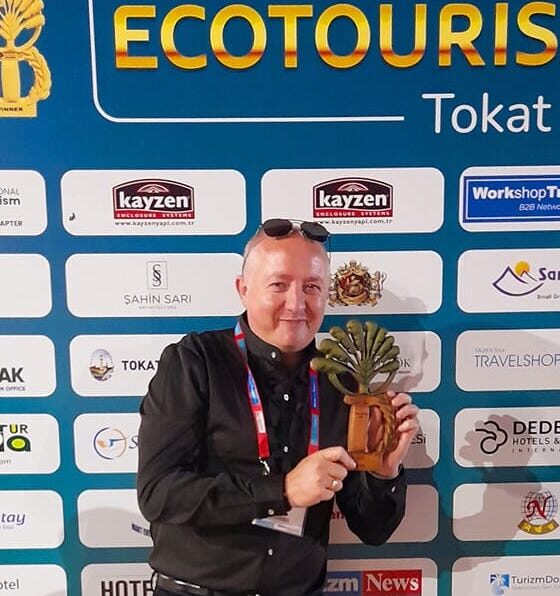 Declan Hughes, pictured above, was honoured at the International Ecotourism Awards in Turkey for his contributions to ecotourism.

Limerick entrepreneur, travel professional, Chapter Head for Ireland of the International Ecotourism Society and founder of the very successful global travel website www.FlyCruiseStay.com – Declan Hughes has been honoured at the International Ecotourism Awards in the capital city of Tokat Province of Turkey in the mid-Black Sea region of Anatolia, Turkey for his contribution to ecotourism. Picking up the prestigious Honor Award at the 16th Annual Ecotourism Awards, Declan commented “I am truly humbled to be honoured in this way for we are merely keepers of the flame for the next generation and not acting today will deny tomorrow’s visitor the endless opportunities we have to explore more of this beautiful earth and sense the boundless discoveries.”

While attending the International Eco-tourism conference, Declan took full advantage of an invitation to present on stage to an international gathering of Ambassadors, Ministers, Tour operators, Travel Agents and Media the very best of what Limerick and indeed Ireland has to offer. Showcasing Limerick’s designated status as Gateway City to Ireland’s Wild Atlantic Way, Limericks new 40 KM Greenway as well as ecotourism initiates around Ireland, such as the release of 100 white tailed eagles into the wilds of Cork and Kerry.

Related Topics:International Ecotourism Awards
Up Next