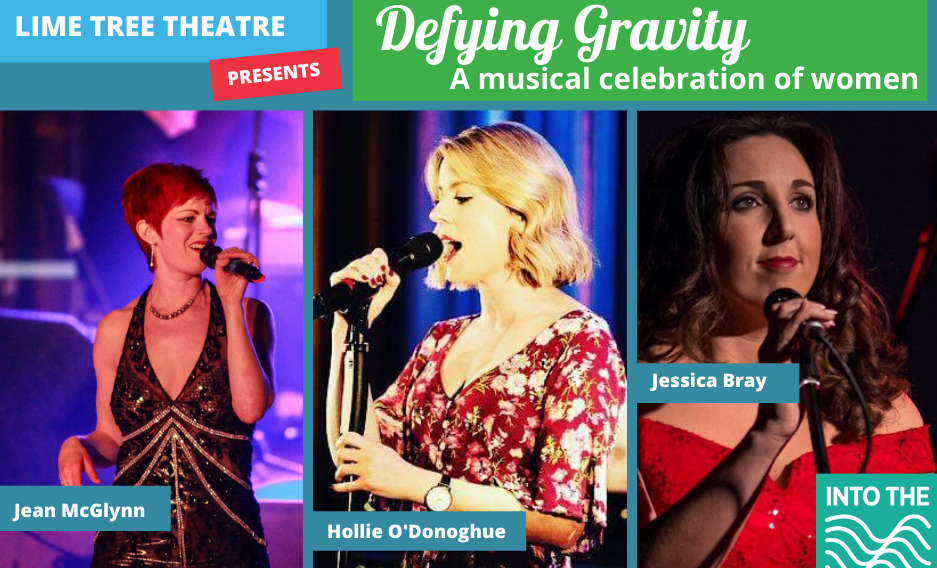 Defying Gravity – A Musical Celebration of Women is a unique performance to mark International Women’s Day 2021. This show will see three of Ireland’s finest female musical theatre performers Jessica Bray, Jean McGlynn, and Hollie O’Donoghue come together to share their songs. With appearances in shows such as Les Misérables and Sister Act and everything in between, this trio has sung in theatres across the globe and now brings their talents home to the Limerick stage.

Join in on Monday, March 8, sit back and enjoy an evening of numbers from shows made famous by Broadway divas including Barbara Streisand, Liza Minelli and Judy Garland as well as iconic songs by Dolly Parton, Carole King, and Lady Gaga.

Originally from Limerick in Ireland, Hollie first trained at Centre Stage Theatre School before moving to London to train at The London School Of Musical Theatre (2010-2011). Prior to her training, Hollie reached RTE’s televised finals of Fame The Musical (Shinawil Productions).

Directed by Jean McGlynn, presented by Ann Blake, and coming live from the stage of the Lime Tree Theatre, the singers will have live musical accompaniment with Eóin Scanlon on piano, Peter Hanagan on bass, and John Daly on drums.

Defying Gravity will be a beautiful and moving evening of well-known songs that will gladden the heart and is guaranteed to brighten your evening and transport you from home to the West End and beyond.

For more stories about the Lime Tree Theatre go HERE