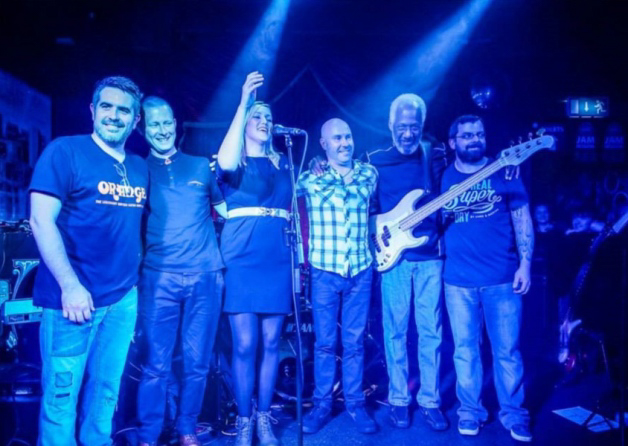 Band members Graham Conway, Jenny McMahon and Tony Roche performed with Rainey, a hero of theirs, for crowds at the festival, having already collaborated with the bassist on a track called Alone, on their album ‘Two Lives.’

After hearing DeLorean Suite’s music, Rainey made contact with the local band, asking to write a song with them.

Performing as a guest of honour at the Festival earlier this year, Rainey decided to head to Limerick with the band after the gig.

Days were spent reviewing Limerick’s rich history, with Rainey taking in the tourist sights across the county.

‘Two Lives’, the band’s debut album, featured an all-star line-up, with not only Rainey collaborating on a track, but with two members of Beyonce’s touring band featuring on the album.

A bass player, formerly with Beyonce’s band, was impressed that the local group had the chance to work with Rainey and invited the band to Dublin, where Beyonce had performed years ago.

With Jennifer on vocals, Tony on drums and Graham on keys/production, the group continues to grow, continuously fusing house music with the soundscapes of electronica and the pulsating rhythms of rhythm and blues.

DeLorean Suite has received a landslide of support over the years, both at home and abroad. International support has been offered by industry trend-setters such as Roger Sanchez, Andy Daniels and Frankie Knuckles.