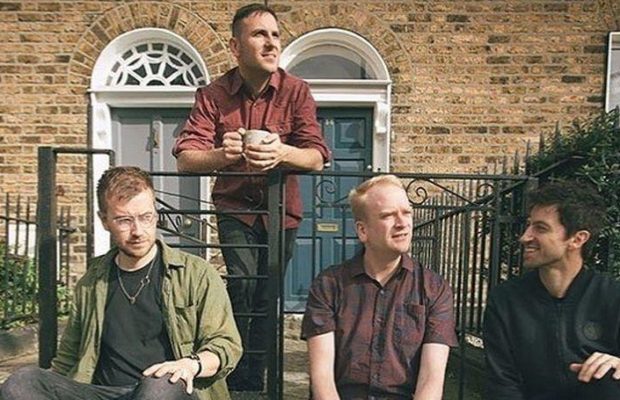 Dolans Presents have announced that leading Irish band Delorentos are to play Dolans Warehouse on Saturday, November 3, 2018, as part of the Delorentos True Surrender Tour.

The new album, ‘True Surrender’, was written, arranged, recorded, mixed and honed over a chaotic three year period of bilocation, the birth of children and a heightened level of personal and professional anxiety – not to mention all of the usual trials and tribulations of the creative process and the artistic battles that are par for the course.

While on tour in the autumn of 2015 the band were lent a small studio in a Vineyard in Northern Spain and set about recording the bones of a new album. They recorded 15 songs but, on returning home, weren’t happy that the songs reflected the band’s current creative space – they were too close to what the band had done before and not a true reflection of the band’s collective feeling.

They began to question their way of writing, their dynamic, and what they wanted to achieve with their songs. They realised they were looking for more soul, more honesty, and a level of openness and intimacy that they’d never felt comfortable revealing before. The Vineyard album was scrapped and they surrendered completely to what gradually became an entirely new way of working.

Songs on the album were written, stripped back to their core and rebuilt with new instrumentation, new meaning and a constant, fervent desire to pour their hearts and souls into every bar of music.

Preceded by the singles “In Darkness, We Feel Our Way” (the only survivor from the Vineyard album) and “In The Moment”, which only scratch the surface of the musical endeavor in the album, True Surrender is Delorentos’ proudest achievement to date.

Melodic tunes infused with electronic warmth; soaring, mellifluous melodies encasing lyrics that tug at the heartstrings, rant, and rail in defiance and, ultimately, offer a brand new insight into a band of four school-friends who have grown together and grown apart before cohering again with a whole new shape, understanding and vision.

The process has been aided, abetted and emboldened by a new openness to collaboration and external criticism in the writing (for instance with Richie Egan (Jape) on “In Darkness”) and the recording process (in the sensitive hands of Tommy McLaughlin (Attica Audio, Donegal)) while the mixing was undertaken by the inspirational Ross Dowling (Darklight Studios, Dublin) – and Adrian Garry (Keelys Lane Studio, Oldcastle) on “SOS”.

Ultimately True Surrender is the band’s most evolved, emotive and affecting collection of songs so far. The tell-tale sound of a classic 4-piece guitar band is still there in parts, but that sound has been developed, mixed, melded and transmogrified into a brand new, edgy beast that is a force to be reckoned with!

Delorentos’ determined rise has been a wonderful (and, at times, tortuous) chaos – break-ups, labels collapsing, reformations and critical awards, worldwide tours and packed houses from Mexico City to Moscow. In a world where so much emphasis is placed on “brand new,” they continue to revel in writing albums and playing live shows that are ever more passionate, raw and exciting!

For Tickets to the Delorento’s True Surrender in Dolans Warehouse, go here.

For more on upcoming events in Dolans, go here.