By Richard Lynch on October 8, 2018@richanthon 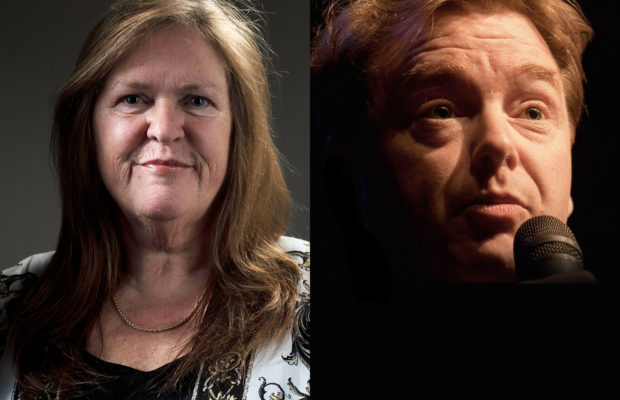 Having launched with great success in 2017, I.NY, the festival exploring and celebrating the relationship between Ireland and New York, returns to Limerick venues in October. It does so with another fascinating line-up of artists, musicians and speakers, eager to talk about their own personal piece in the Ireland New York story.

With that spirit at the heart of the conversation, the panel’s particular focus will be on the experience, responsibility and possibility of the New York Irish in the current political climate in America, and the trends and demographics in the contemporary Irish democratic process, in light of the recent referendum on Marriage Equality and the Repeal of the 8th Amendment.

Hosted and moderated by renowned journalist and commentator David McWilliams, the panel will include Dr. Jane O’Meara Sanders (senior advisor to US Senator Bernie Sanders), Deirdre Duffy (‘Together for Yes’), and Joey Kavanagh (founder of the Home to Vote movement), with further panelists to be announced.

A Conversation on Democracy Now is an I.NY FairPay event, where you can choose the ticket price best suited to you, from €5 – €20.

David McWilliams is an economist, author, journalist, documentary-maker and broadcaster. He is Adjunct Professor of Global Economics at the School of Business Trinity College Dublin. David is ranked the tenth most influential economist in the world.  He has devoted his entire professional life to the objective of making economics as widely available and easily understandable on as many platforms and to as many people as possible –and is having a laugh doing it.

As a result, he co-founded the world’s only economics and stand-up comedy festival Kilkenomics – described by the FT as “simply, the best economics conference in the world”. He also founded Ireland’s leading literary and ideas shindig, the Dalkey Book Festival. In the money world, David advises Neil Woodford of the Woodford Funds with £16 billion under management. The WEF at Davos debased their currency profoundly by making him a Young Global Leader a few years back.

As well as writing a weekly economics column in the Irish Times, he is active on social media and was named Ireland’s “most influential Twitter user” in 2016. David uses new ways to explain our economic world, for example, Punk Economics and a new venture with the FT, Punk FT, deploy cartoons to make economics digestible for normal, non-nerdy, punters.  David has written four bestsellers and one of these The Pope’s Children is the best selling nonfiction ever published in Ireland. His writing style is described by Bloomberg’s head of economics Stephanie Flanders, as having “a great knack for bringing a complex economics story to life. He is also funny. In economics, that’s a rare and persuasive combination.”

Jane O’Meara Sanders is Co-Founder of the Sanders Institute and now serves as a Fellow pursuing bold, progressive solutions to economic, environmental, racial and social justice issues. A political scientist, Jane has been president of two colleges, provided educational and political consulting, worked on federal, state and local political campaigns and has held both appointed and elected office.

Family has always been and continues to be, a very important aspect of Jane’s life. She is married to Senator Bernie Sanders and they have four children and seven grandchildren. Jane has worked as a volunteer in Senator Sanders Congressional office as Chief of Staff and Policy and Press Advisor, and most recently, as an active participant in the Bernie2016 presidential campaign.

Deirdre Duffy is former Deputy Director of the Irish Council for Civil Liberties (ICCL) and has over 15 years experience advancing human rights and equality nationally and internationally. She was Campaign Manager for Together for YES during the 2018 referendum on the Eighth Amendment (abortion referendum) which saw a Yes vote of 66.4% prevail. In 2015, she was appointed as the human rights expert member of the DNA Database System Oversight Committee.

She is a former Co-Chair of Comhlámh (association of volunteers and returned development workers) and a member of the Board of Directors of the Victims’ Rights Alliance (VRA), Dublin Well Woman Centre and LGBT Ireland. Deirdre has extensive experience in non-profit management and across a broad range of human rights and equality issues, including policing, criminal justice, privacy, LGBT rights and women’s rights. In 2012, she established the JUSTICIA European Rights Network spanning 19 EU Member States. Deirdre holds an LLM in Human Rights Law and International Criminal Law from the University of Edinburgh, an MSc in Human Rights and Politics from University College Dublin and has completed specialist training in international human rights reporting and leadership. A graduate of the BCL programme at University College Cork, Deirdre was called to the Bar in 2005.

Joey Kavanagh is a freelance arts professional, specialising in communications. In 2015, while living in London, he started a campaign called Get The Boat 2 Vote, encouraging vote-eligible Irish citizens living abroad to return home to vote in the same-sex marriage referendum. This became the Home to Vote campaign in the 2018 referendum on Repeal. He is now based in Dublin.

I.NY 2018 is presented in partnership with the Limerick Global Irish Festival Series, a new initiative from The Department of Foreign Affairs and Trade and Fáilte Ireland to encourage the Irish abroad to return home for cultural events around the country.

I.NY Democracy Now 2018, takes place at a number of venues across Limerick City, Ireland from Oct 07 – 14. Full details and tickets for all events are available online.