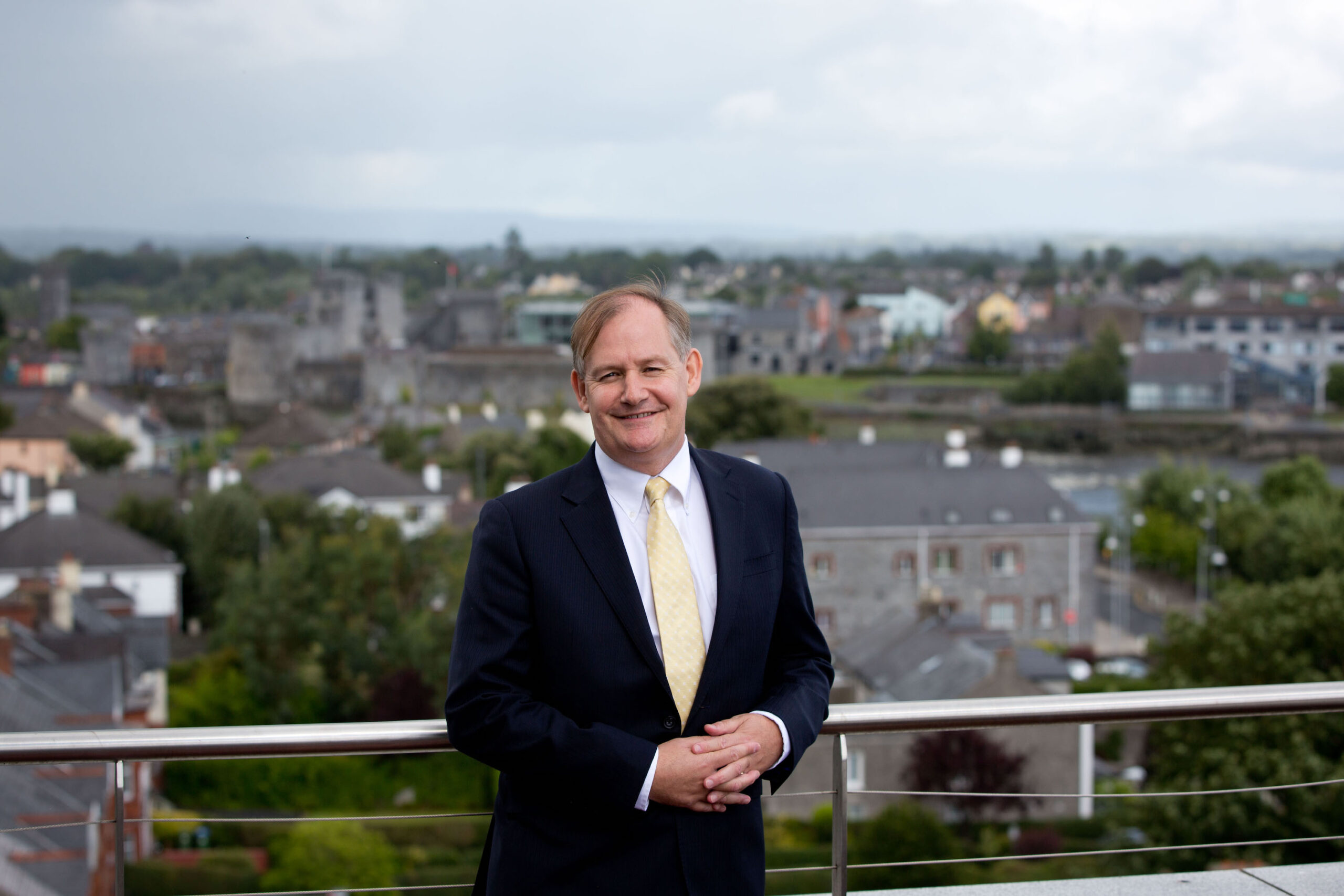 We’d like to pay tribute to outgoing Chairman Denis Brosnan on his retirement today.

He was the founding chairman of Limerick Twenty Thirty when it was established in May 2016, will be replaced in the role by board member Conn Murray.

The CEO of Limerick Twenty Thirty, David Conway, has today paid tribute to outgoing Chairman Denis Brosnan on his retirement after four years in the role.

Mr Brosnan, who was the founding chairman of Limerick Twenty Thirty when it was established in May 2016, will be replaced in the role by board member Conn Murray, who was unanimously appointed as Mr Brosnan’s replacement.

“We’ve been so fortunate to have Denis Brosnan as founding Chairman of Limerick Twenty Thirty and he’s been hugely influential in ensuring we got the wider project off to a really positive start. He brought fantastic track-record to the programme, insight and decisiveness.  We all learned so much from him and he’s set a standard and momentum that we are determined to follow. After an incredible career in business, he said when he started with us that getting Limerick Twenty Thirty up and running was a key objective of his and he’s delivered. As an executive and as board members, we are extremely grateful to him,” said Limerick Twenty Thirty CEO David Conway.

Looking ahead to working with Mr Brosnan’s successor, Mr Conway said: “Conn Murray has been one of the key strategists of Limerick’s resurgence over the past decade and will bring invaluable expertise and experience to the table. As CEO of Limerick City and County Council, he had to foresight with Denis to establish Limerick Twenty Thirty in the first instance. The mandate was to develop disused, iconic sites in the city into catalysts for economic growth and we are well under way with that.  We look forward to working with Conn and continuing the great momentum already built here over recent years.”

Denis Brosnan is one of Ireland’s leading and most respected businessmen. He was the founder, Chief Executive and, until 2003, Chairman of Kerry Group PLC., where he was the driving force behind the transformation of Kerry Co-op into a global food and ingredients group. He has contributed significantly to the development of the South West region and to Ireland as a whole, through his innovative leadership at Kerry Group. Mr. Brosnan is the Chairman of the Limerick Economic Forum.

Conn Murray was the chief architect of Limerick’s remarkable economic renaissance. He presided over the hugely successful merger of two local authorities to form Limerick City and County Council in June 2014 until he stepped down as Chief Executive in August 2019.  During that time, he put in place the building blocks for the city’s unprecedented economic upturn that has seen over 14,000 new jobs and €2billion of planned investment bound for Limerick over the past five years. That came about thanks to the ‘Limerick 2030: An Economic and Spatial Plan for Limerick’ – a once in a generation plan delivered by Mr. Murray to guide the economic, social and physical renaissance of Limerick city centre, the wider county and Limerick city region.