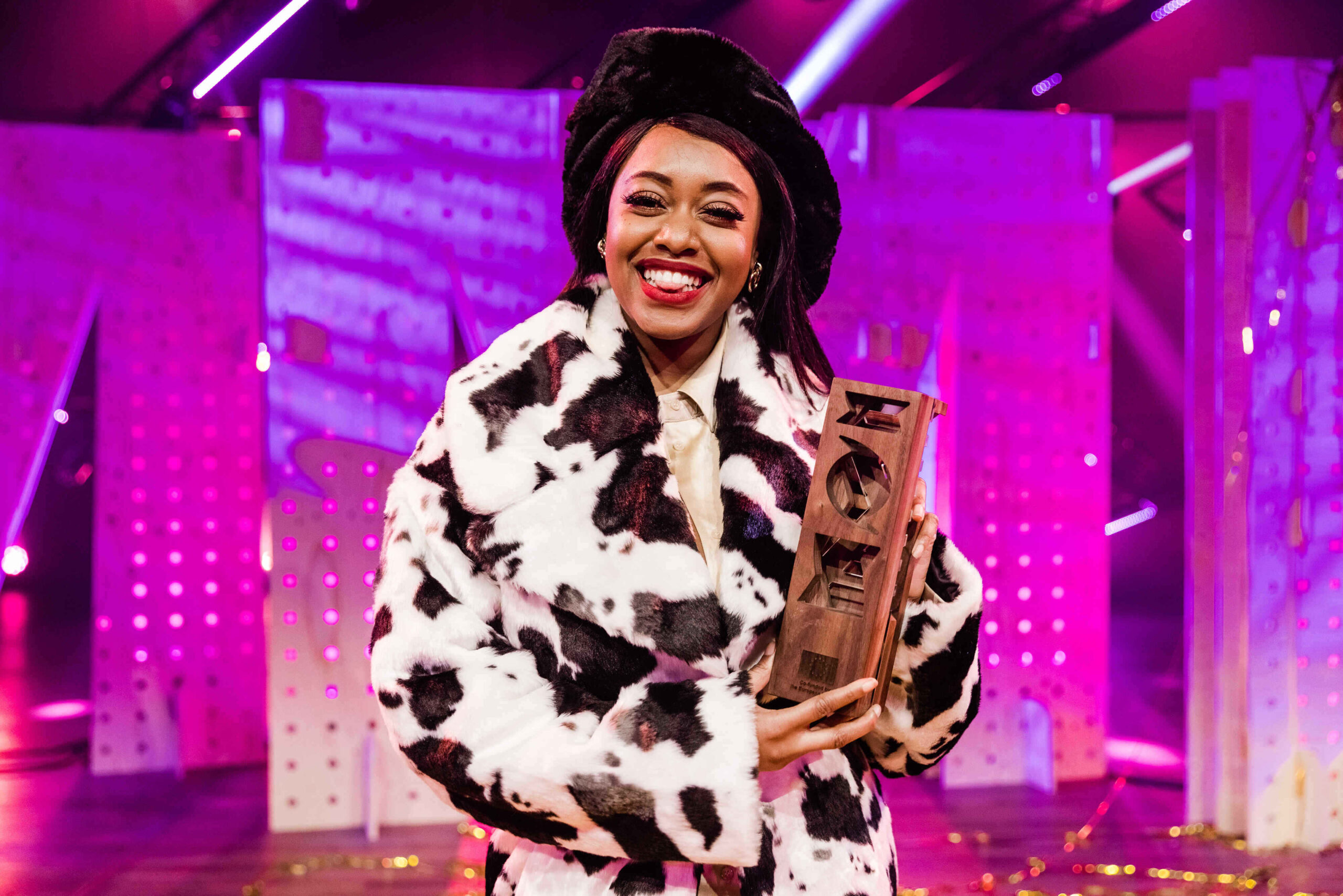 The awards ceremony, which took place in The Netherlands, celebrates emerging contemporary artists who represent the sound of modern Europe.

The awards ceremony, which took place in Groningen, The Netherlands, is partially funded by the European Union. It aims to celebrate emerging contemporary artists who represent the sound of modern Europe.

Ms Chaila was awarded one of five MME Awards alongside artists from France, Ukraine, The Netherlands and Hungary.

The competition’s grand jury praised Chaila for her smart lyrics and passion when performing. She was hailed as ‘one of the most exciting European artists of the year’. The Denise Chaila Music Moves award is a real indicator of the artists upward trajectory and shines a light on the talent Limerick has to offer.

Accepting her award, the ‘Anseo’ rapper acknowledged, “It is a real privilege to be recognised by your peers and the people who look up to you. I feel blessed that we artists got a chance to mingle today and I could look some of you in the eye and say, ‘Wow, you’re really incredible.

“I didn’t think I was going away with anything today. I’m always shocked when anyone knows me at home, let alone out of Ireland, so this is crazy.”

The Narolane Records co-founder received an outpouring of support and applause online following her impressive win.

Minister for the Arts, Catherine Martin TD, said, “Irish hip-hop is being recognised on the international stage. I hope now that even more people will hear your voice and appreciate your exceptional talent.”

Well-known music publicist and founder of the Why Not Her campaign, Linda Coogan Byrne, praised Chaila’s success, saying, “Love watching your journey and your delivery of Irish hip-hop/ commercial fusion to the international stage. This Denise Chaila Music Moves award shows you are and always will be an exceptional talent and ambassador of Ireland”.