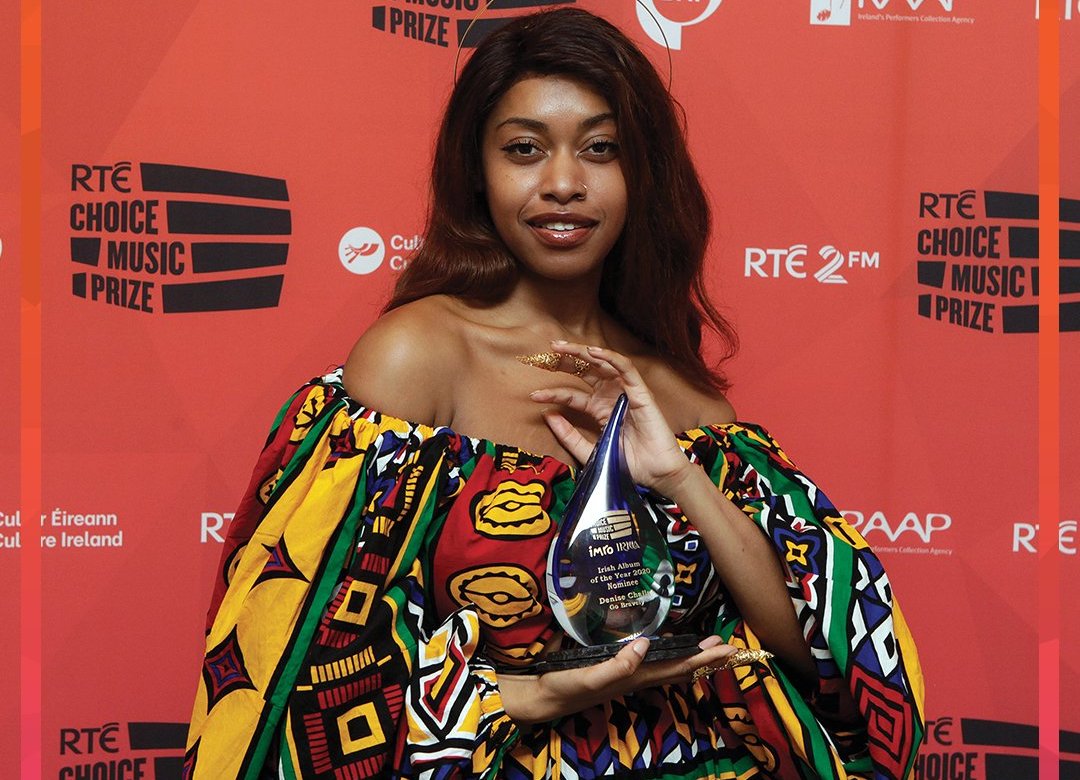 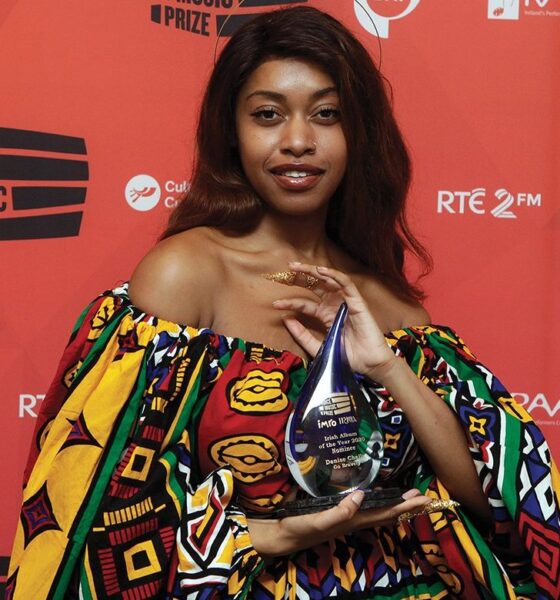 Denise Chaila wins – Denise with her award pictured above.

Denise Chaila was announced by U2’s Adam Clayton as the winner of the Choice Music Prize for Irish Album of the Year 2020 for her debut album ‘Go Bravely’ in a ceremony that was broadcast on RTÉ Player and RTÉ 2FM. Denise also dropped her new single with Narolane ‘Water’ Friday, March 5th.

Denise commented on her Instagram saying, “GUYS I am not fine. I’m ecstatic. I’m harassing my mom at work and crying a lot. We won. The Choice. Oh. My goodness.”

‘Go Bravely’ sets out the artist’s intent for herself and her music. It is the culmination of a myriad of explosive live streams, guest verses, insightful and pensive discourse, a radio impacting single in ‘Chaila’, it’s all there.

Denise describes ‘Go Bravely’ saying, “In this mixtape, I have placed all my hope. All the promises I have made to myself. All the ways I have refused to abandon myself. Here are the echoes of my parents’ voices, the books which read me, the people who send me 30-minute voice notes, every night I’ve cried instead of slept, and all of the doubt which consumed me.”

And the winner of #RTEChoicePrize 'Album of the Year' is…

As the Choice Music Prize-winning act, Denise receives €10,000, a prize fund which has been provided by The Irish Music Rights Organisation (IMRO) and The Irish Recorded Music Association (IRMA). All shortlisted acts also receive a specially commissioned award.

Denise has just released her new single ‘Water’, a collaboration between Narolane’s driving forces Denise, God Knows, and MuRli. It is the first single to be released from the first full-length release on Narolane Records which is set to arrive later this year.

“It feels like it’s been 700 years since I last came to you with an offering, and I’m sweetly giddy about the prospect of making space for this next… moment,” said Denise on her Instagram.

This Friday, March 5th, everywhere you get music, @narolanerecords.

You turn up, we’ll pour out. x

Denise’s genre-blurring talent has established her as one of Ireland’s thrillingly creative new artists. Denise was born in Zambia and raised there until the age of seven after her father, a doctor, was offered a job in Dublin Hospital. They moved to Limerick when Chaila was 18, just after her Leaving Cert.

Referring to her new single, Denise says, “I have nothing clever or even particularly poetic to say. I’m just smiling to myself about the fact that ‘Water’ was my first word, and I get to read something symbolic in that if I want to. Which I absolutely will.”