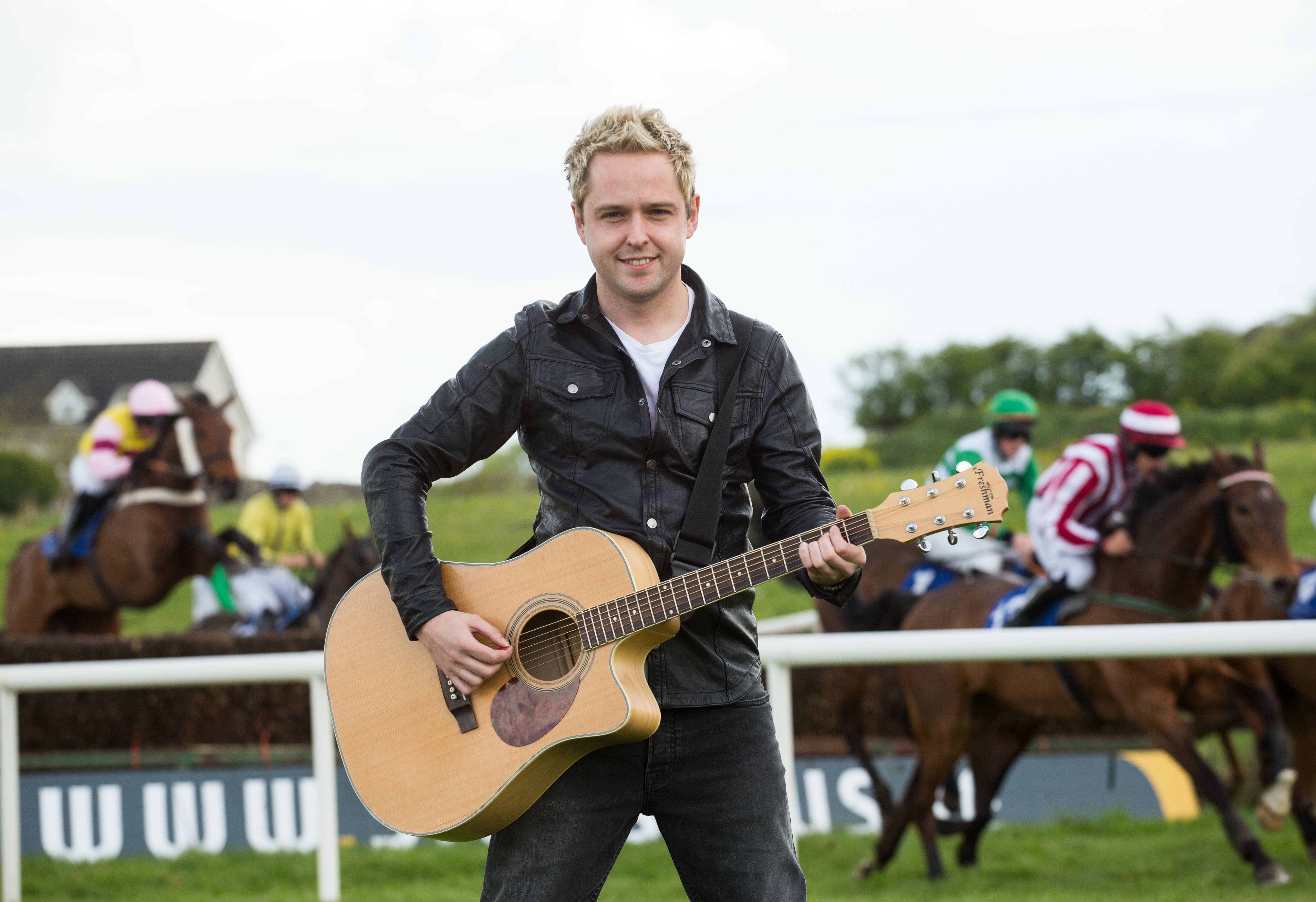 The racing action gets underway at 5:35pm with a 7 card National Hunt fixture with entertainment by Derek Ryan after racing. Following on from the success of Derek’s last award-winning album, “Country Soul”, his new single, “Hold Onto Your Hat”, which features Irish icon Sharon Shannon is a current chart favourite.

The single is the first song from his forthcoming album, which is out later this year. Derek Ryan’s career so far has been undoubtedly a remarkable journey. His rise to stardom on the country scene has been phenomenal and there are few country stars who can claim to have made such an impact in just over two years. Not only has Derek’s concert tour sold out in venues across the country, he has also swept the board at award nights this year receiving “Best Live Performer of the Year” from the Sunday World and was also honoured to be awarded with “Album of The Year” for his fantastic fourth album, Country Soul, by Irish Country Sound. Come visit Derek in concert at Limerick Racecourse to hear such songs such as “100 Numbers”, “Raggle Taggle Gypsy” and “Wake Me Up”.
The feature race of the evening is the Grant Thornton Novice Steeplechase which was won by the EJ O’Grady trained The Real Article and ridden by Barry Geraghty in 2013.

Another race to watch out for is the Limerick’s Live 95fm Beginners Steeplechase which was won by the Henry De Bromhead trained Theshowisover in 2013 and ridden by Andrew Lynch. Andrew recorded a great 16/1 win by seven lengths aboard Our Ned at Limerick Racecourse on Sunday last in the Limerickraces.ie Mares Beginners Chase.

There is a complimentary bus service from Limerick city centre with a bus departing outside the Augustinian Church on O’Connell St. at 5pm sharp.The Crescent Shopping Centre Most Stylish Lady Competition will also be running with a chance to win a €150 voucher so ladies are advised to dress to impress. The after party continues at The Library Bar, Limerick where patrons will enjoy a complimentary cocktail

The Ground at Limerick is currently GOOD to FIRM and further going updates will be issued on www.limerickraces.ie

General Manager of Limerick Racecourse, Conor O’Neill said “We’re really excited about the finale of our twilight series and we intend to end in style on Thursday the 24th July. It has been billed as the social event of the summer and I know Derek Ryan certainly won’t disappoint! I would like to acknowledge ‘The Library Bar’ for their continued support and I look forward to welcoming everybody to Greenmount Park for a fantastic evening of action, fun and entertainment. It promises to be an event not to be missed.”

Don’t miss the racing action on Thursday 24th July as it promises to be a superb evening of summer racing. General admission is €15 per person to include racing & live music. Excellent BBQ and restaurant packages available also and group rates available on group rates or more. Further special offers available online so check out www.limerickraces.ie for more details.