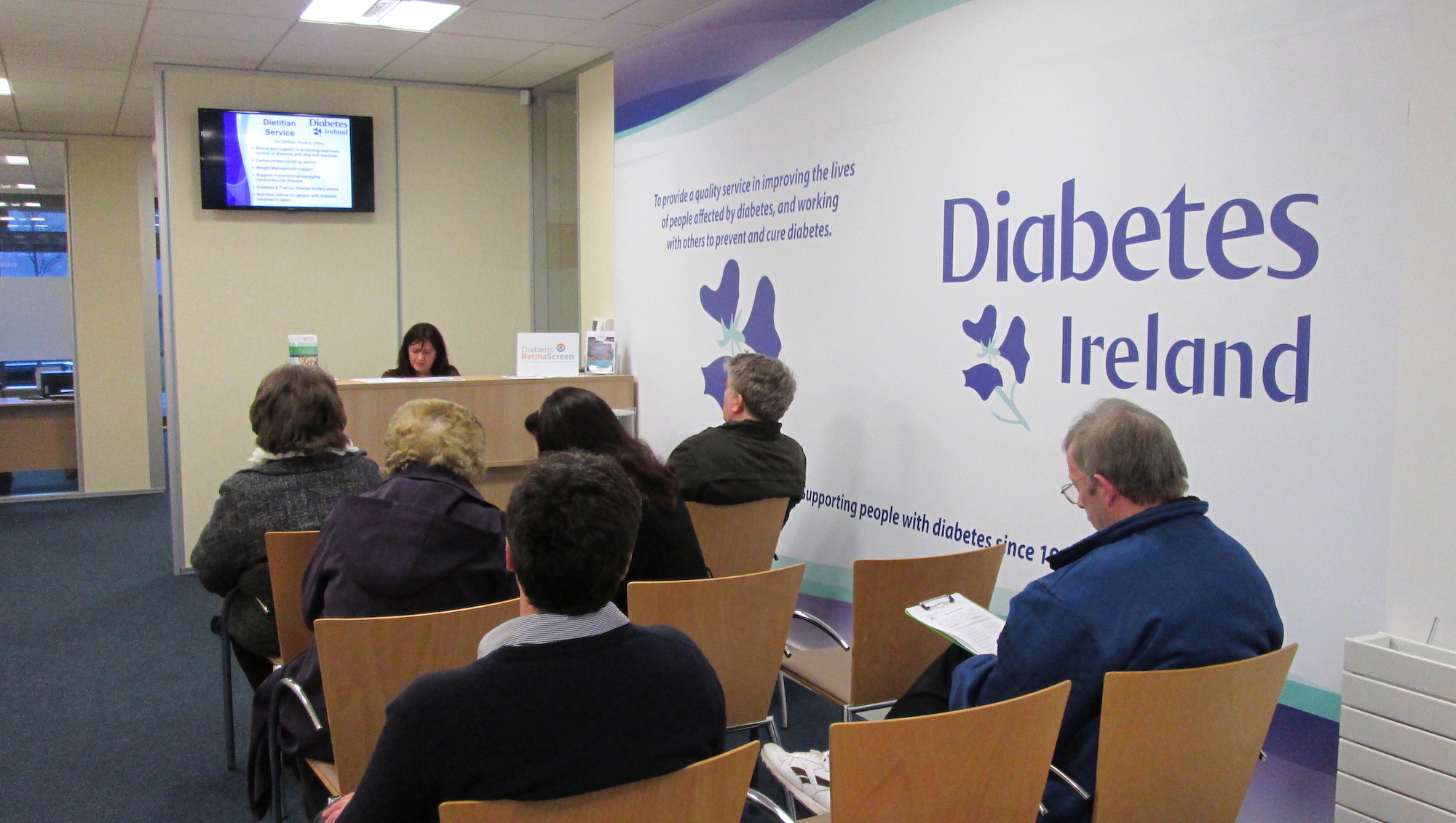 Diabetes Ireland is the only national charity in Ireland dedicated to helping people with diabetes. They achieve this by providing support, education and motivation to everyone affected by diabetes.

They also raise public awareness of diabetes, its symptoms and fund research into finding a cure for diabetes. A very important message delivered by Diabetes Ireland is that ‘with proper advice, guidance and support, there is no reason why people with diabetes cannot live life to the full. You could name numerous athletes with diabetes across a variety of sports who are high achievers.’

Diabetes Ireland provides patient support on your helpline, publishing news and information provides mentoring services in areas such as health insurance and coordinates regional and local awareness campaigns. The Irish Diabetic Association was set up at the Mansion House in Dublin on April 2, 1967.

What recent project are you most excited about?
The next one……it’s always the next one for me. Right now, it’s how do we get Diabetes Ireland back on its feet after this pandemic.

What’s your biggest / most favourite achievement?
Helping the development of Diabetes Ireland over many years has been fantastic. Seeing it grow to where it now has its own head office and centres providing care to the diabetes community is so rewarding.

If you could have dinner with anyone, who would it be and why?
Tom Hanks. He has done so many different things in his life, played so many different characters and made and directed great films, I would love to sit down with him. He also has Type 2 diabetes so of course, I would be seeking his support for Diabetes Ireland!

What are the top three things on your bucket list?

To see Celtic win 10 league titles in a row, then 15, then 20. Retire to West Cork. Visit Scandinavia.

If you could ask for a miracle, what would it be?
For the Government to realise that funding a diabetes strategy that keeps people with diabetes well would also significantly reduce the number of people having heart attacks, kidney failure, liver issues, blindness and amputations saving the economy millions of euros over time. Politicians look at each of these issues in isolation, rather than as a collective.

What is the biggest risk you’ve ever taken?
In 1999, I took a group of 39 people up Kilimanjaro looking to do it in the shortest time possible (5 days) to show that there is no barrier for people with diabetes to achieve their life dreams. It ended up being the most stressful few days of my life but also one of the best things I have ever done too. I was young and foolish then and would not under any circumstance take a group that size up today.

If someone gave you an envelope with the day you were scheduled to die inside it, would you open it?

No. But I do intend to hang around for many years yet!!

What person (famous or not), do you think lives life to the fullest?
A former boss of mine in the Department of Health (UK) took early retirement in his mid-50s and has spent the last 25 years travelling around the world as a cricket fan and visiting family. He sends me postcards from the numerous places and it’s great to get them.

Who has been the most influential person in your life and why?
My wife Sharon definitely. She is a great sounding board for all my woes and speaks eminent sense most of the time!
From a work perspective, I have to say seeing the impact of Type 1 diabetes on a family which is a 24/7 condition and seeing how some many families adapt to living with the condition and adopting such a positive attitude whilst doing has influenced me greatly over the years and still drives me to want to do more to help them.

What is the most memorable lesson you learned from your parents?
Play sport, stay healthy.

What does success mean to you?
Seeing my family happy is a success for me.

What is the most difficult thing you’ve ever done?
The Kilimanjaro Trek definitely.

What keeps you up at night?
I sleep well generally but if I had to choose, I would say ensuring Diabetes Ireland generates enough income to provide its services keeps me awake at times, like now during this pandemic.

What’s something not many people know about you?
I am a basketball coach and I absolutely love the game.

What makes you laugh out loud?
Funny stories.

What was your favourite thing to do as a kid?
Play sport on the street with friends every day.

Who do you text the most?
My wife Sharon.

I worked in a takeaway for many years when I was younger and it put me off cooking. So I avoid it as much as I can.

What is your favourite book?
I like Wilbur Smith books, especially the ones based in Africa.

Give us one word that describes you the best.
Optimist.

What other leaders do you look up to?
None really. I take whatever I think is good advice from anyone.

What has been the biggest let down in your career so far?
Failure to convince the politicians of the long term benefits of a properly funded diabetes strategy.

Tell us something not many people know about you?
I am a diabetes family carer.

What animal are you the most like?
A Panda. The panda is often assumed to be docile but is known to attack out of irritation rather than aggression.

If Donald Trump applied for a job at your organisation, would you hire him and whether yes or no, why?
No. I would spend too much time having to correct the fake diabetes news he would spout.

This interview was provided by Yellow Harbour. Yellow Harbour provides support services to the non-profit community in Ireland enabling you to focus on your core mission and services.