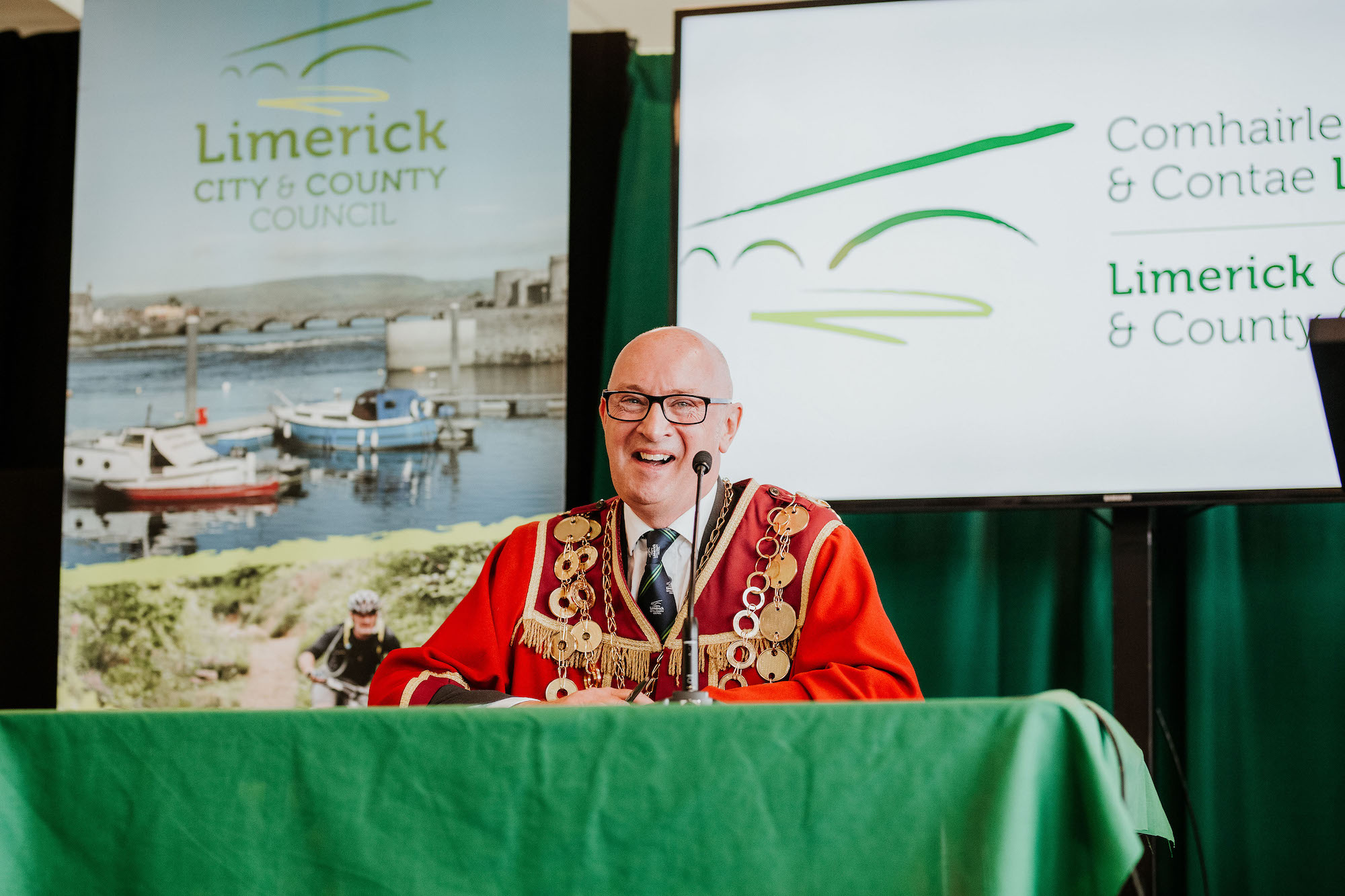 Members of the public are being asked what they want from a directed elected Mayor for Limerick.

The Mayor of the City and County of Limerick, Councillor Michael Collins, and the Minister of State for Local Government and Planning Peter Burke launched a public consultation exercise to ask the people of Limerick what they want from their directly elected Mayor.

Members of the public are being asked what they want from a directed elected mayor for #Limerick, through a public consultation exercise

As part of this report, a public consultation exercise was commissioned from and developed by Professor Maura Adshead and her team in the Department of Politics and Public Administration, University of Limerick.

Mayor of the City and County of Limerick Cllr Michael Collins said: “On 24 May 2019, the people of Limerick voted to be the first county in Ireland where people will directly elect their mayor. We are now asking the people to think about the potential of that role for Limerick and to tell us what they would like of their new Mayor.”

“Limerick has a reputation for being at the forefront of innovation and driving change in the local government sector. And once again here we are going to become the first county with a directly elected mayor. I’m encouraging everyone to have their say and together with our partners in UL we have developed a new and exciting way for people to do that.”

Minister for Local Government and Planning, Peter Burke said: “I am delighted that one of my first acts as Minister is to help launch this exercise in public participation. It gives individuals and communities across the City and County of Limerick the opportunity to help shape the new role of directly elected mayor, in advance of mayoral elections planned for next year.”

“We want the people of Limerick to be involved and invested in this major reform project, which offers huge potential for their City and County. We encourage everyone in Limerick to participate in shaping this new role of Mayor.”

The Chairman of the Implementation Advisory Group, Limerick-man Tim O’Connor who is a former career diplomat and Secretary General to the President welcomed the launch of the public consultation.

“The Implementation Advisory Group has commissioned the University of Limerick to create a forum for people to engage with our work. The Covid-19 emergency has meant that this will be no ordinary public consultation. An exciting new digital way of asking the public, what they want, has been especially created for this exercise. It will be visual, interactive and provides real-time feedback. People can participate as part of a community group, with their family and friends, or as individuals,” said Mr O’Connor.

The online consultation can be accessed HERE

Related Topics:electionmayor of limerick
Up Next