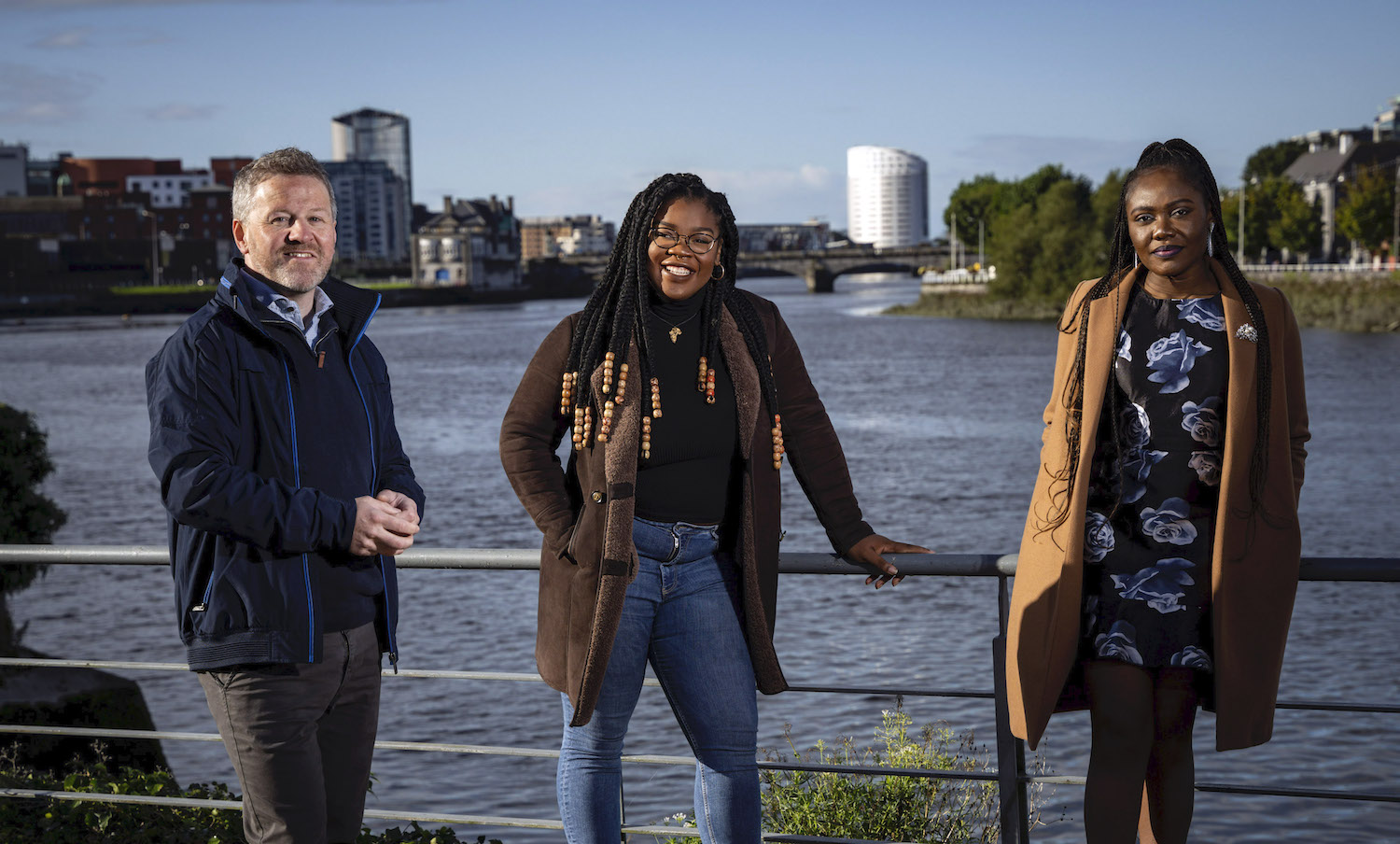 Innovate Limerick through Film in Limerick has partnered with Gorm Media to launch a new diversity initiative to attract new workers to the film and TV industry.

Supported by Screen Skills Ireland, the initiative responds to the under-representation of people from culturally and ethnically diverse communities working in Irish filmmaking, and the barriers faced by such individuals as they try to launch and progress their careers.

Diverse Screen is a free programme that aims to support individuals to gain their first job in film and TV.

The initiative launches October 7, 2021 with a series of introductory webinars on working in the industry.

Over eight weekly online events, there will be the chance to meet with a range of experienced film crew who will talk about what they do on set and how to break into the industry.

The first event on Thursday, October 7 at 7pm, will feature local producer Gemma O’Shaughnessy who will talk about working in the production department and on set.

Gemma is an experienced producer who has worked on many of the biggest productions in Ireland in recent years, including the sci-fi TV series Foundation filmed at Troy Studios for AppleTV+, Modern Love for Amazon Studios and the BAFTA-nominated feature Calm with Horses, filmed in Kilkee, Co. Clare.

With a special focus on those who are from culturally and ethnically diverse communities in the Midwest region, events will be held live using Zoom and hosted by Gorm Media’s Lead Journalist, Funmi Jinadu.

Recordings of the events will also be made available on a new website later in the year, which will be created to provide resources and information for under-represented groups interested in pursuing a career in film and TV.

There will also be the opportunity to apply for a series of training opportunities over the coming year, including a five-day Passport to Production course with Screen Skills, to get you set-ready for employment in the sector, and a documentary directing course, run in conjunction with Sheffield Doc Fest in England.

We are delighted to be partnering with @innovatelmk & @FilmInLimerick to launch Diverse Screen.

Speaking about the new initiative, Paul C. Ryan, Regional Film Manager at Film in Limerick, said, “Film in Limerick is delighted to partner with Screen Skills and Gorm Media to launch the Diverse Screen initiative. We have a lack of diversity in the film and TV workforce and we need to actively plan to change this. As part of our mission to build up a sizable local crew base, we need to ensure that we have a crew that represents all parts of our society. We are looking forward to rolling out several training initiatives in the coming year to reach and train new local diverse crews in the Midwest.”

Mamobo Ogoro, Founder of Gorm Media said, “We are so pleased to be partnering with Film in Limerick and Screen Skills in curating this programme. Highlighting the voices, experiences and stories of diverse communities on a digital screen is a part of our core objectives that need to be adequately reflected behind the screen. With this launch and the development of the Diverse Screen Programme, we see a Mid-West film industry where stories are adequately expressed on screen through the work and deliberation of a diverse production crew off screen.”

Gareth Lee, Screen Skills Ireland Manager said, “Screen Skills Ireland is delighted to support the launch of Diverse Screen in order to inspire and enable aspiring talent from underrepresented groups across the regions to pursue a career in the screen industries. The mixture of skills development sessions with industry professionals and practical experience aims to provide the participants with an excellent foundation on which to take their first steps into the sector.”

Related Topics:innovate limerick
Up Next