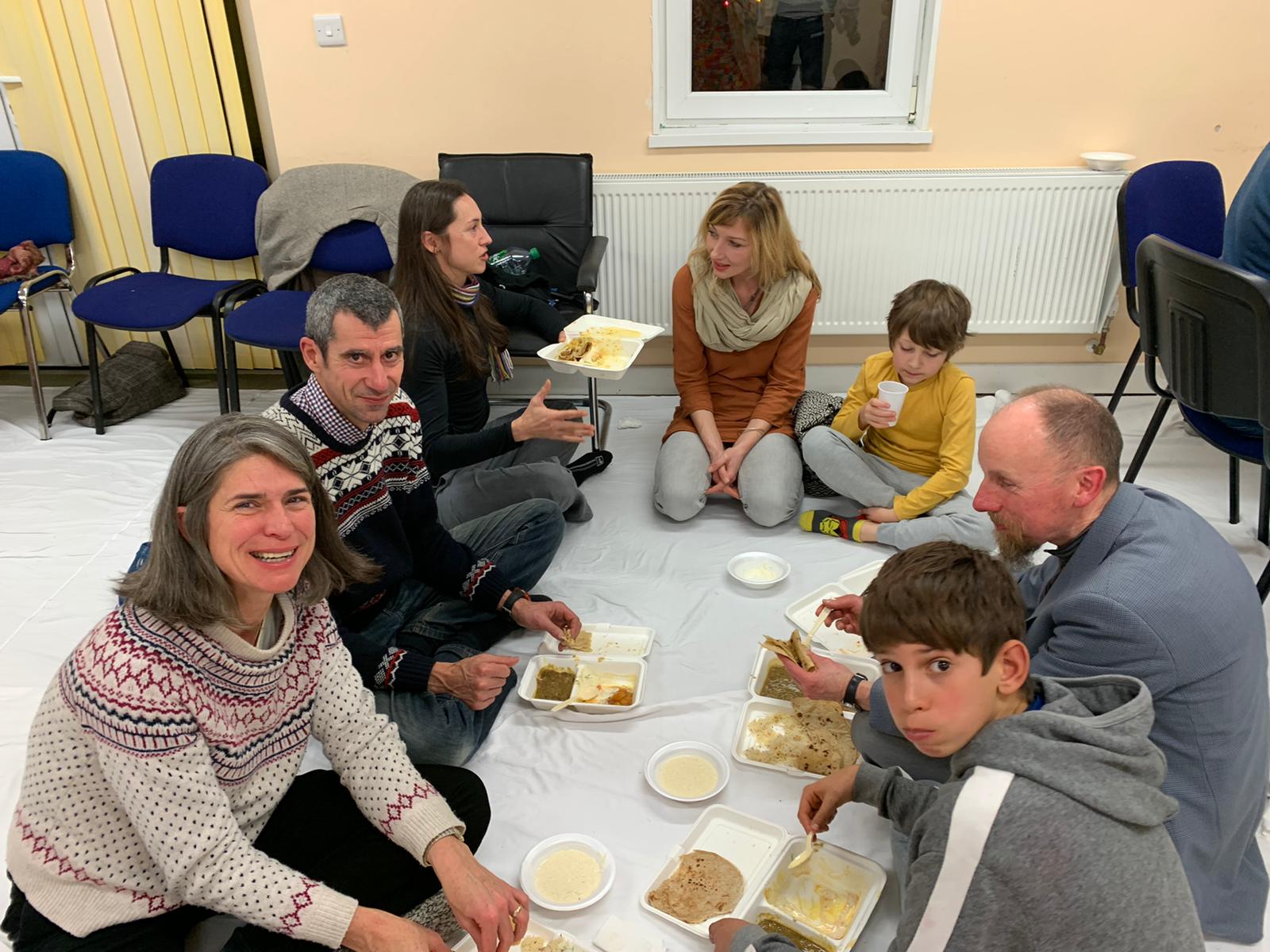 Recently, the third Diwan Limerick event was held. Diwan here means a royal court of humanity, where people of different religions, cultures can meet, celebrate and enjoy unity in a profound way. People who have an interest in spirituality can get an opportunity at Diwan to pray with unity, unwind and tune in to the music and meditative in a calm and positive atmosphere.

Different groups like the Mid-West Interfaith Network, Namdhari Sikh Sangat Ireland and International Sufi Movement in Ireland have come along to form Diwan. The group is representing many diverse faith and cultures such as Catholic, Anglican, Islamic, Hindu, Sikh, Baha’i and Zoroastrian faiths. With the motto of ‘Living our Tomorrow Together’, the group seeks to promote awareness and an understanding of different faiths and traditions followed by people living in Limerick and the neighboring regions. The group shares a common desire to understand each other’s beliefs and traditions.

Gurmukh Singh Bimbra, one of the founding members of Diwan Limerick believed every act of kindness and compassion, be it small or big, makes a difference. He said, “Our world has become so fractured and polarized and the rise of dogmatism is a problem in all religions and societies. This year at the Diwan event we are celebrating the 550th anniversary of Guru Nanak Dev ji, the founder of Sikh faith.”

Guru Nanak was a bold protagonist of world peace declaring all humans as equal having no discrimination of caste, class, gender, race, religion or any other basis. He visited many religious centers around the world. For over more than 500 years, his followers are spreading his message of universal brotherhood all over the world helping hungry, needy, homeless, war-ravaged, and restless that need food, shelter, love, and spiritual enlightenment.

At Diwan, music always acts as a powerful instrument to unite people and help place humanity above all cultural and linguistic boundaries. This year at Diwan, a lot of beautiful and influential music was played. For example, Mirari Bahamonde played an Irish prayer on the crystal quartz bowls. The crystal bowls link together sound, spirituality, and medicine. It makes the listener’s mind steady, peaceful by taking them into a deep meditation stage. The vibration of the quartz transmits and enhances positive energy.

Pat Murphy, a member of Baha’i faith (this faith’s prominent principle is unity in diversity) played guitar and sang a passage from the Hidden Wordbook that says, “Possess a pure, kindly and radiant heart, that thine may be a sovereignty ancient, imperishable and everlasting.” A. ChamanAfroz, a member of the Sufi Community read some Sufi poetry of Hazrat Inayat Khan and played music of Shaikh ul Mashaikh Mahebbob Khan. Few kids from the Sikh community played piano and chanted some bhajans/prayers. Along with the music some meditation exercises were conducted to relax the mind by Lonan N Dhubhain from the mediation and cosmology group.

After the beautiful music, poetry and meditation sessions yummy dinner in the form of Langar was served at the event. Langar is the term used in Sikhism for the community kitchen, where a free vegetarian meal is served to all the visitors, without distinction of religion, caste, gender, economic status or ethnicity. People sit on the floor and eat together. Unity in diversity is the primary motive of the Diwan Limerick event.

It is true that all the traditions are mystical in nature. Their primary relationship with a human being is with its creator. Today it’s important to understand and spread the true value of unity by living in peace and considering mankind above religion, color, and country. Let’s look at the earth as our country and each other as its citizens and live in harmony. I would like to end this article by stating a few good quotes on unity in diversity.

“Our ability to reach unity in diversity will be the beauty and the test of our civilization.”  By Mahatma Gandhi

For more information on the Diwan, Limerick event click here.