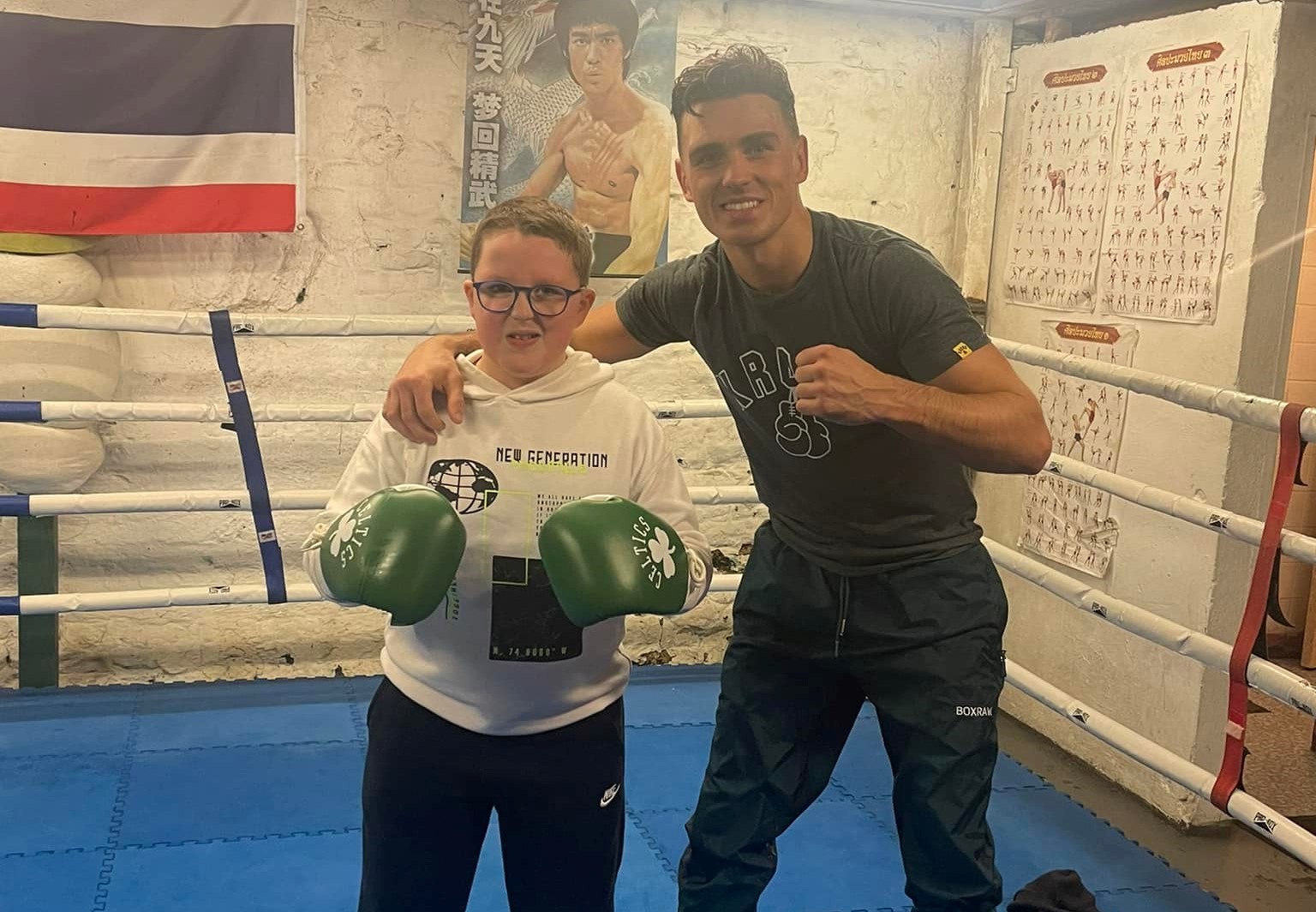 DJs Bucket List was set up by his mother, Caroline, to help him experience as many things as possible before he loses his eyesight. DJ is pictured above with boxing star Lee Reeves.

DJ with Paul Flood from the Limerick Fire Station

Limerick mother Caroline O’Connor has recently set up a bucket list on behalf of her 11-year-old son, DJ who is from Bruff, Co. Limerick.

Since its creation on Monday, December 27, DJs Bucket List has received massive support and DJ has already ticked items off the extensive list.

“The love and support every single person has given him has definitely put a smile on his face he will not be removing for a long time,” Caroline said.

DJ was born with a rare syndrome called Bardet Beidl and has faced many challenges throughout of his life as the genetic condition impacts multiple body systems.

The condition has left DJ with only his central vision left, and Caroline has been told by eye specialists in Limerick and Dublin that it is only a matter of time before his full sight could go.

Because of this, Caroline and DJ created a bucket list of things for him to see before he loses his sight.

They’re also welcoming any ideas people may have for DJ to add to his list.

So far, DJ has met boxing star Lee Reeves, had a ride on a tractor and a lorry, had a tour of an ambulance, and he has arranged to meet retired Irish rugby union player and Ireland’s Fittest Family coach Donnacha O’Callaghan.

Caroline has a few other things on his list sorted, such as helping him write a book, a helicopter ride, a radio interview, and meeting internet sensation Tadgh Flemming.

The bucket list keeps on growing, and DJ is loving it!

While many people have offered to donate in support of the bucket list or have suggested setting up a GoFundMe page, Caroline has said, “We could not take those offers. WE do not want to put people out financially.”

“This time of year is especially hard and our aim of the page was to lighten Djs spirits by interacting with Facebook friends and letting him get others involved with making his bucket list eventful.”

Caroline has said if people want to make a donation to DJs Bucket List, that they instead donate to the National Council for the Blind in Ireland (NCBI), and to remember that every euro goes a long way.

To donate to the NCBI go HERE