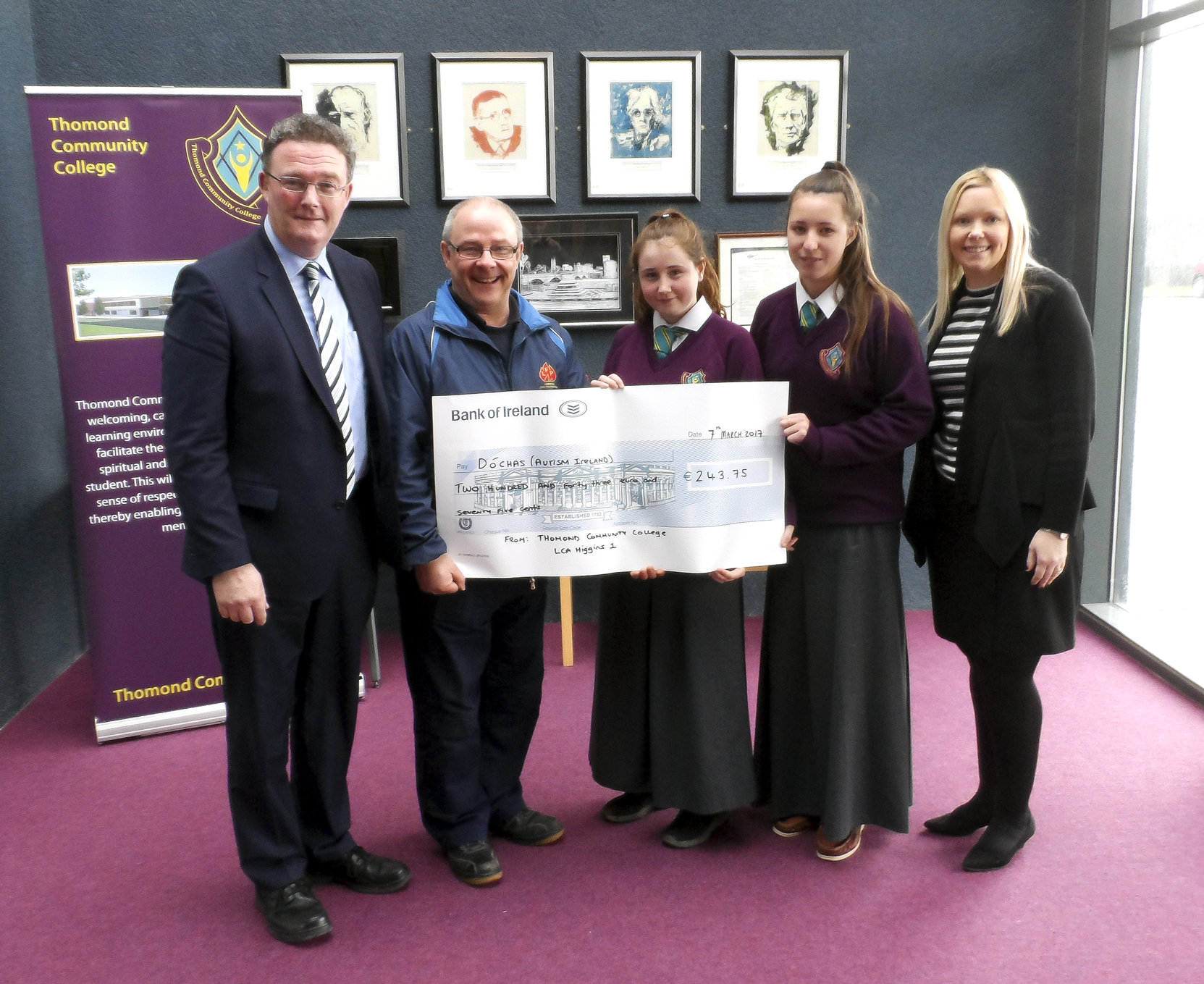 On Friday 3rd March 2017, male teachers from Thomond Community College took part in a Dochas charity soccer match against male students from the school in aid of Dochas (Hope for people with Autism). This game was organised by 5th Year Higgins 1.

The Dochas charity soccer match was part of an assignment they had to do in an Enterprise module. First, the students had a brainstorming session as to what event they could host. They decided on a charity soccer game as a lot of students in the school love soccer and a Friday afternoon was a perfect time! 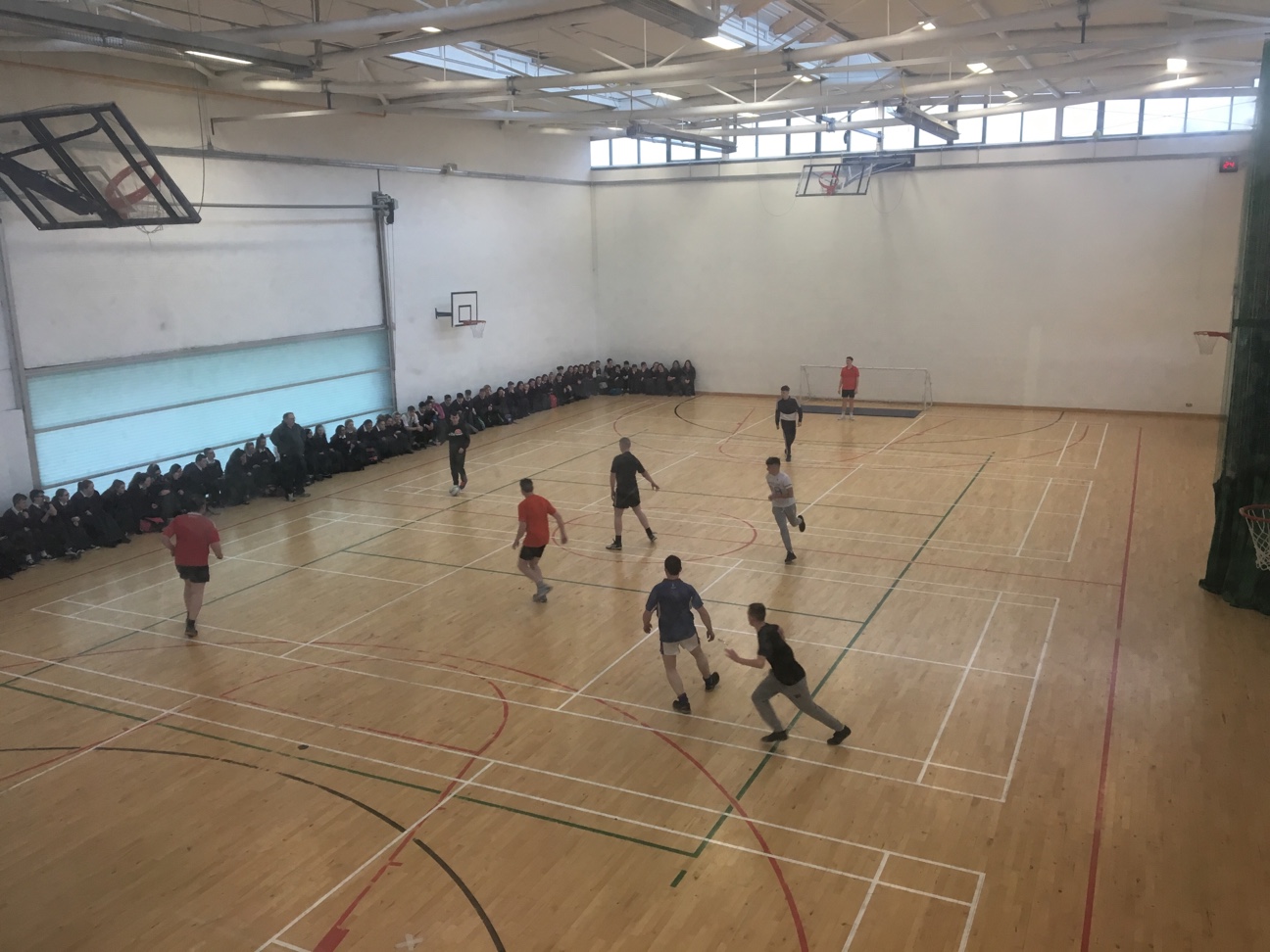 Students compiled their own skills and qualities to determine what role would suit each student best. They then elected a General Manager and the rest of the students worked on Advertising, Market Research, Sales, Human Resources, Purchasing, Production, Quality Control and Media depending on which area suited them best.

After market research, they decided to charge students two euros to view the match and two euros for bags of jellies to be sold on the day. They called on expertise in the school like the Principal Mr O’Brien and vice Principal Ms Hogan about managing, the catering staff from the School Food Company about Quality Control and the LCVP teachers and caretaker Pat Ryan about Health and Safety in the workplace and how to set up for an event.

Medals were presented to the Students who were the winners and a box of chocolates to the Teachers who were the runners up.  Final score on the day was 12-8 although teachers have called for a re-match! A very enjoyable afternoon was had by everyone. The proceeds of the soccer match were €243.75.

On Tuesday 7th March Director of Dochas Denis Doherty called to the school to meet with the class and the principal Mr O’Brien and their teacher Business teacher Mrs Anslow. They were very grateful for the donation to their charity. Dochas is an awareness and information centre for Autism (ASD) in the Mid-West Region of Ireland. They offer information and support to their members and host a monthly parent support group meeting on the second Wednesday morning each month at 10.30am. They also offer social clubs to children and young people with ASD.