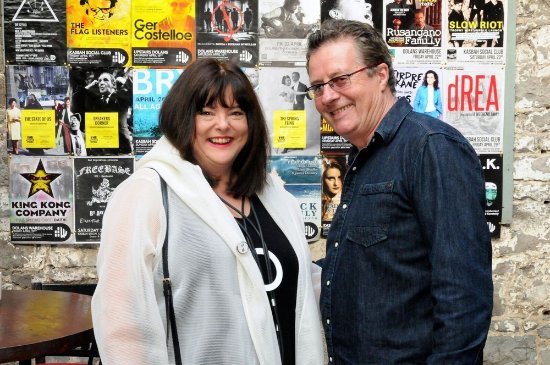 Dolans named finalists in the Best entertainment experience category in this year’s Bar of the Year Awards.

Dolans Pub and Warehouse have been announced as finalists in two major Irish awards competitions.

The Limerick venue has been announced as a finalist in the Best entertainment experience category in this year’s Bar of the Year Awards.

The Bar of the Year Awards recognise the excellent bars, knowledgeable staff, high-quality service, and innovation in the bar trade. Now in its twelfth year, the awards are recognised as Ireland’s most prestigious awards for the licensed trade.

Entries for this annual event come from the many bars, off-license hotels, and nightclubs, who want to celebrate the hard work they put into making their business unique and successful.

The Irish Pubs Global awards have a mission to create, connect and support a global community of Irish hospitality owners, managers, and their suppliers to help ensure their continued success and to benefit job creation in Ireland and abroad through the important sectors of hospitality and tourism.

Speaking after receiving news of Dolans recognition, owner Mick Dolan said: “Both of these awards competitions are created recognise the excellent service and quality that exists today within the licensed trade.

“We are shortlisted as finalists along with many of Ireland’s leading players in the pub industry. To be named as finalists is a testament to the hard work that goes on behind the scenes to ensure Dolans is recognised as one of the best venues in Ireland”.

In March, Mick and Valerie Dolan were honoured with a Mayoral Reception by Metropolitan Mayor of Limerick Sean Lynch in recognition of their tremendous contribution to the music and arts industry in Limerick.

They won the Pure Magazine Best Venue award in 2017 and were also the recipients of the Irish Pub Awards Best Music Pub for the South West region. In 2015 Dolan’s were also the overall winners of the IMRO Live Music Venue of the Year awards.

Established in December 1994 by Mick and Valerie Dolan, Dolan’s Pub on the Dock Road in Limerick was created with the mission of promoting local and national traditional music acts.

Dolan’s Warehouse was opened in 1998, seeing the creation of a venue with a capacity of 380 people and one that has become recognised as a key destination on the Irish music touring scene and has hosted many Irish and international acts over the past 20 years.