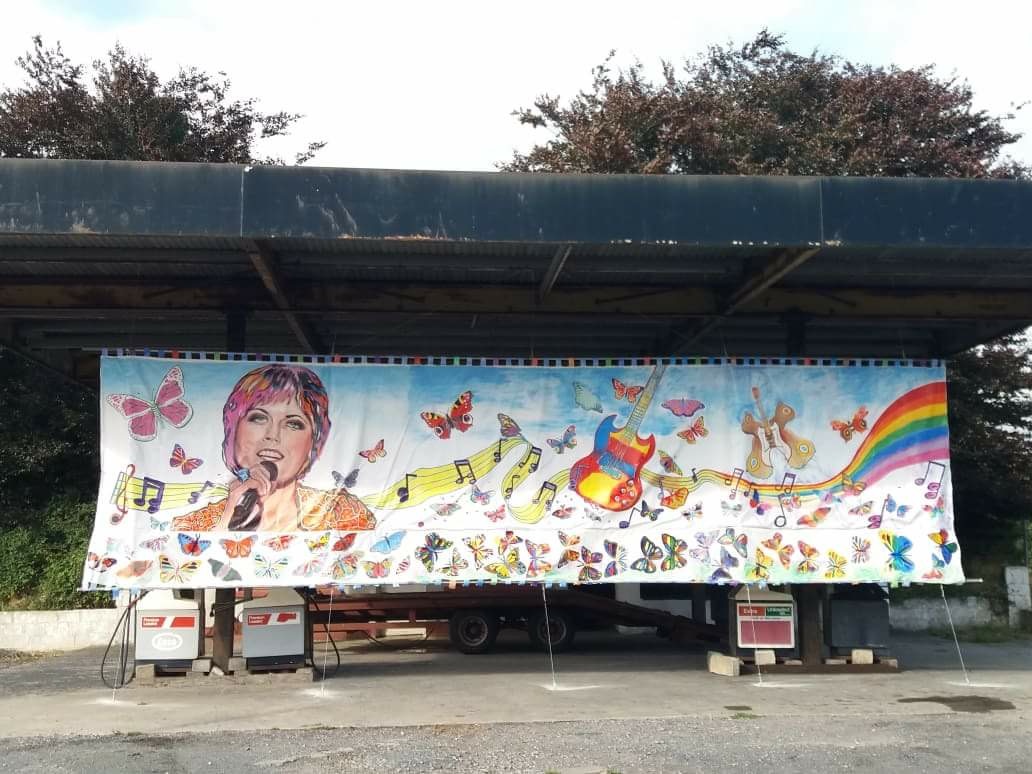 The Dolores O Riordan mural which is located at an old petrol station just outside Caherconlish, Co. Limerick.

Bridget Lambert along with 30 children from the Caherconlish area in Limerick created a ten by three meter mural in honour of the late Dolores O’Riordan from the Cranberries.

Bridget who is currently undertaking a masters in sociology youth community and regeneration in the University of Limerick and she decided to get involved in a community art project as part of her thesis.

She was drawn to the concept of an art mural so children could express their creativity while working collectively as a group.

“The finished mural paid tribute to the late Dolores O’Riordan because she was a beautiful, talented and local artist,” Bridget told ilovelimerick.

The mural took about three months to make starting back in May, Bridget and the children who were from six different primary schools in the area and aged between five and twelve worked on the mural in Bridget’s sitting room.

The site chosen for the mural to be displayed was Connolly’s Cross outside an abandoned petrol station just outside of the town of Caherconlish.

The mural is unfortunately down at the moment due to the weather and the oncoming storm but will be put back up again soon once the weather clears.

Dolores O Riordan, who was originally from Ballybricken in County Limerick, was one of the first female rock stars to come out of Limerick, leading The Cranberries to International success throughout the 90s and right up to today.

The Cranberries achieved International acclaim in the 90s following the release of their debut album Everybody Else Is Doing It, So Why Can’t We? And following this, they sold over 40 million records throughout the world.

Bridget created the mural to show that “when a community comes together it’s more powerful and sends a stronger message and that when we do things together we improve our society and our well-being and it regenerates our community as well.”

For more information on Dolores and the Cranberries, click here

Related Topics:Dolores O’Riordan
Up Next