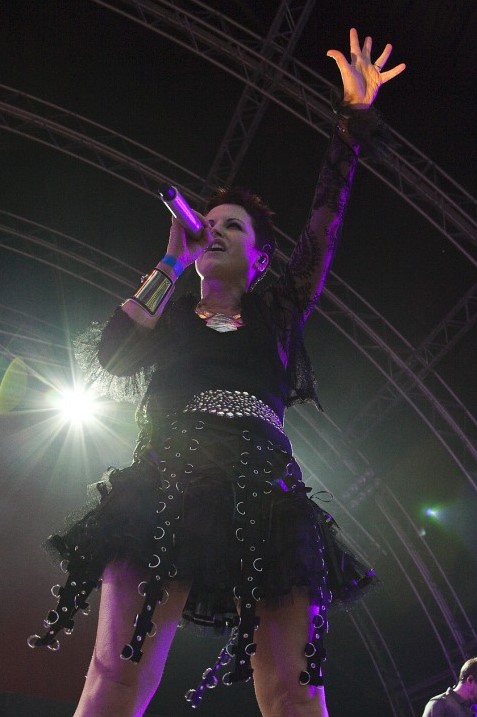 Limerick native Dolores O’Riordan is a musician and singer/songwriter best known for being the lead singer of the band The Cranberries.

Dolores was born September 9, 1971, in Ballybricken, Limerick to parents Eileen and Terence O’Riordan. She is the youngest of seven children and attended Laurel Hill Colaiste FCJ, South Circular Road Limerick.

Dolores, the lead singer was joined by guitarist Noel Hogan, bassist Mike Hogan and drummer Fergal Lawler. The band are known for being alternative rock but also incorporates elements of indie pop, Irish folk and pop rock. The Cranberries rose to fame both nationally and internationally in the 1990’s with their debut album ‘Everybody else is doing it, so why can’t we?’. Dolores O’Riordan.

The band became a huge success and were one of the most successful and popular rock bands of the 90’s selling over 40 million albums worldwide achieving four top 20 albums on the Billboard 200 Chart and also eight top 20 singles on Modern Rock Tracks.

After 13 years, the band took a break in 2003 and reunited in early 2010 for a North American tour, including tours in Latin America and Europe. In 2011 they record their sixth album, “Roses” which was released February 2012. Dolores O’Riordan.

Dolores has done much solo work during her time away from The Cranberries. In 2004, she featured on Italian artist Zucchero’s album,  “Zu & Co” with the track “Pure Love”.

She also worked with composer Angelo Badalmenti providing vocals for songs on the Evilenko soundtrack, including ‘Angel’s go to Heaven’ the movie theme song.

Dolores also appeared as guest vocalist on the Jam & Spoon’s album, “Tripomatic Fairytales 3003”, in 2005. Her first solo album Are You Listening? was released in May 2007 and the first single from the album was ‘Ordinary Day’.

In 2008, Dolores was awarded a EBBA award which recognizes artists who reach a wider audience outside their country. Dolores also appeared on RTE’s hugely popular talent show,  “The Voice of Ireland” as a judge.

In 1994, Dolores married Don Burton in Holycross Abbey Tipperary on July 18. The couple had three children together and after twenty years together they split up in 2014.

During those twenty years the couple lived between Dublin and Canada and in 2013 Dolores returned home to live in Ireland. In April 2014, Dolores began recording new material with Jetlag.

Most recently, Dolores has collaborated with The Smiths’ bass player Andy O’Rourke and New York DJ and producer Olé Koretsky which saw The Cranberries star make a return to a Limerick stage in May with her new band D.A.R.K.

Dolores is currently touring around Europe with The Cranberries throughout the summer, performing at numerous festivals.

D.A.R.K released their debut album entitled, “Science Agrees” on May 27, and will be releasing a second album this September 9.

Check out The Cranberries here.

More than 40 events across Limerick for National Heritage Week 2016