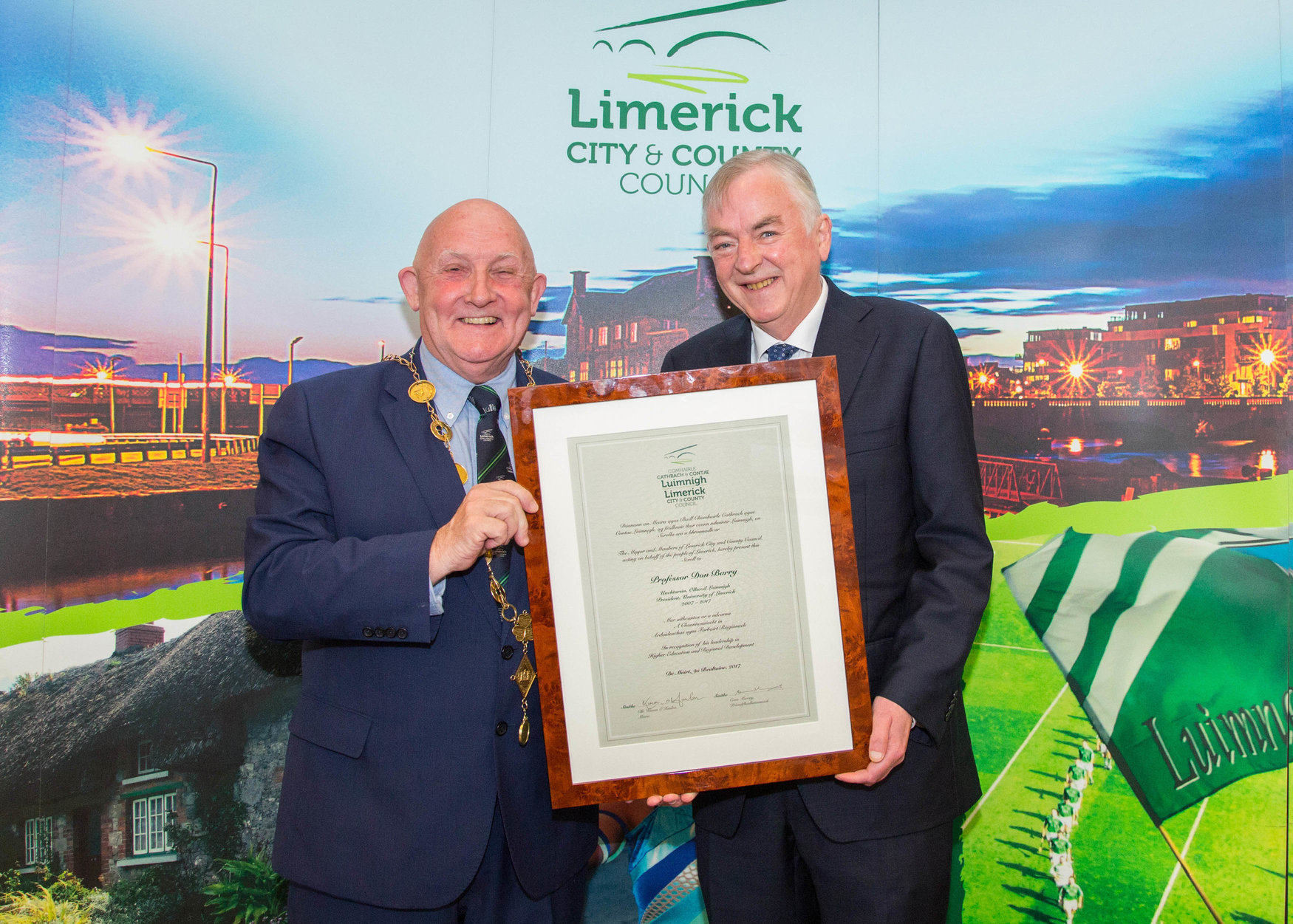 The Mayor of Limerick City and County Cllr. Kieran O’Hanlon made a presentation to Prof. Don Barry during the event. Picture: Alan Place.

Limerick City and County Council has awarded the former President of the University of Limerick Don Barry a civic reception in recognition of his ten years at the helm of the university and for his leadership in higher education and regional development.

A Civic Reception is one of the highest accolades at the disposal of the  Council for any individual, group or organisation who have excelled and portrayed Limerick in a positive light.

Professor Barry’s links to the University of Limerick stretch back many decades.  He was the first holder of the Chair in Statistics at UL in 1997 and was Director of the college’s Statistical Consulting Unit.

He also served as Vice President Academic and Registrar prior to being appointed President by the Governing Authority in May 2007 for a ten-year period.

Mayor of the City and County of Limerick, Cllr Kieran O’Hanlon said: “Don’s legacy as President of the University of Limerick is impressive.  He has presided over a significant development of the campus with the Graduate Medical School, the Kemmy Business School, Tierney Building, the entire North Campus, the development of UL Sports Arena and the Bernal Institute, are just some of the major investment projects Don Barry has steered to completion during his Presidency.”

“His role as President has resulted in the University making great strides in teaching & learning and research & development.  These two pillars have resulted in Limerick becoming an important location for Foreign Direct Investment as the companies can harness the steady flow of highly educated graduated and the research coming from UL to improve the economic success of the Limerick city region.”

“It is with great pleasure that I on behalf of the elected representatives and the people of Limerick give this Civic Reception to Don.”

“I wish him all the best for the future in whatever field he decides to pursue.”

A framed scroll has been presented to Professor Don Barry to mark the Civic Reception in his honour.

For more information about The University of Limerick click here