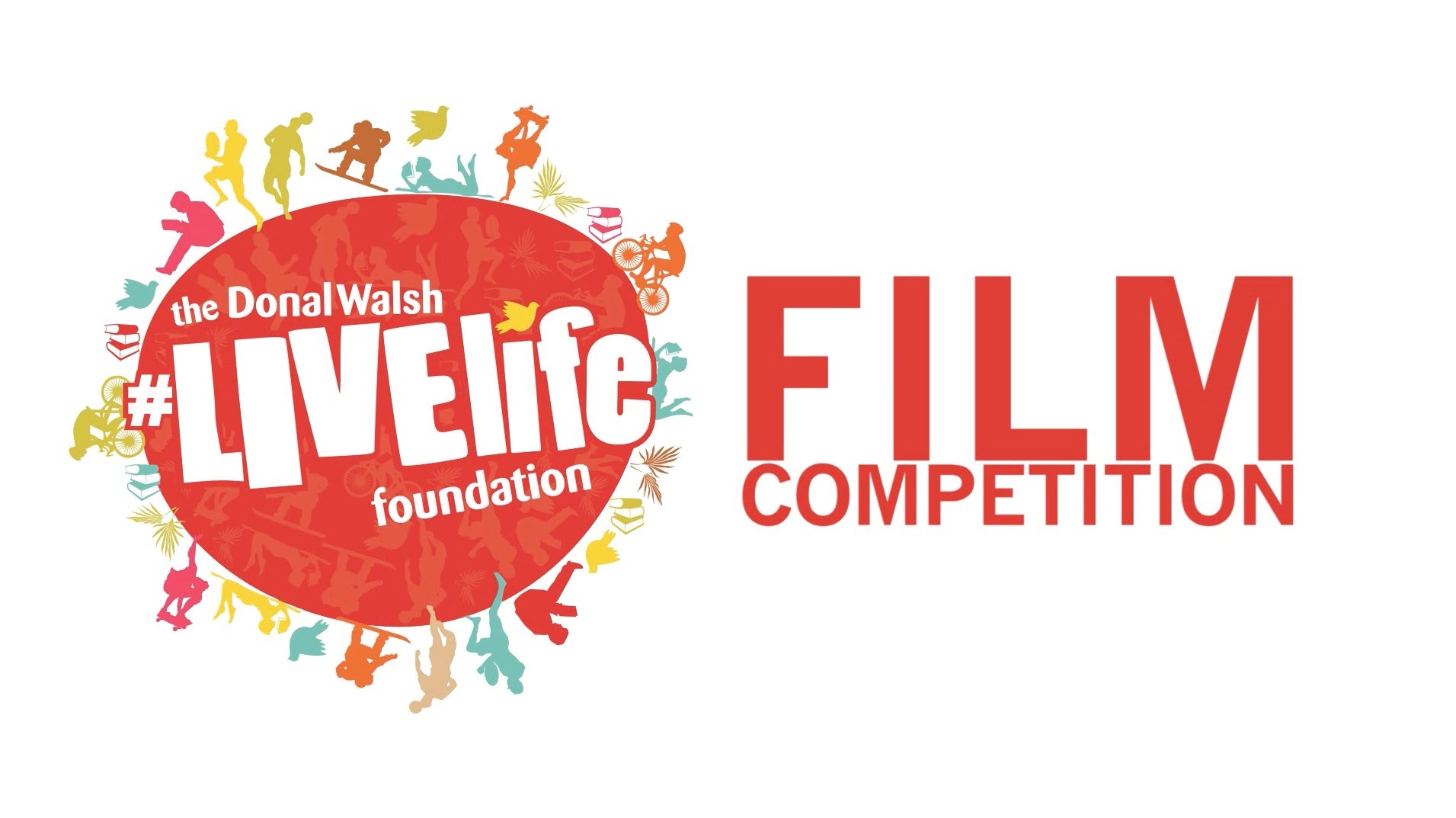 Donal Walsh Take My Hand is the theme for the #livelife film competition 2018. The competition is in memory of Donal Walsh and his powerful saying Live Life all while getting creative to spread an important message.

The 2018 Live Life film Competition, in memory of Donal Walsh, has the theme ‘Take My Hand’. The competition encourages everyone to create a video about what it means to live life. One video entering the competition was made by the young students of Caherline National School, Co Limerick.

In May 2013, young Donal Walsh lost his cancer battle at 16 years of age. Prior to his passing, he managed to get people, most especially young people, thinking and talking about how good life is and to focus on the positives rather than the negatives.

Donal fund raised tirelessly while battling Cancer has now had the Donal Walsh #livelife Foundation set up by his family They began to receive donations from all over the world so that they could continue spreading his positive message and in any way prevent suicide. To date, any money received has been used to support teenage cancer patients and to prevent teenage suicide. His family want to continue spreading his message and that is how they live life film competition concept was born three years ago.

The students of Caherline National School created a video clearly showing how easy but important it is to lend a helping hand to those in need of it, keeping within the theme of  Donal Walsh Take My Hand. Their teacher Miss Orlagh Eichholz said “The kids worked so hard on this video and came up with some excellent and simple ideas to get across a really important message… I think it would be lovely to get it out there to spread their message”
“A parent in the school has a drone so his son even recruited him to do some closing shots, making the video even more impressive.”
Caherline National School, as well as other schools and individuals across Ireland, have entered their clips into the competition for the chance to win and to spread their message.

The competition culminates with an awards ceremony when the shortlisted movies are screened and the winners announced. Awards are presented to winning students who took part in the Live Life National Film Competition and the event is a celebration of life and love!  The short films produced as part of this competition are really excellent and very moving. The whole atmosphere at the event and with many young people present really proves life-affirming. The Competition will bring about 1,500 attendees at this year’s event. This it the 5th “Live Life Love” and the day will be at the Brandon Conference Centre in Tralee on February 21 in honour of Donal –  an amazing teenager.

For more on the inspiring Donal Walsh visit here