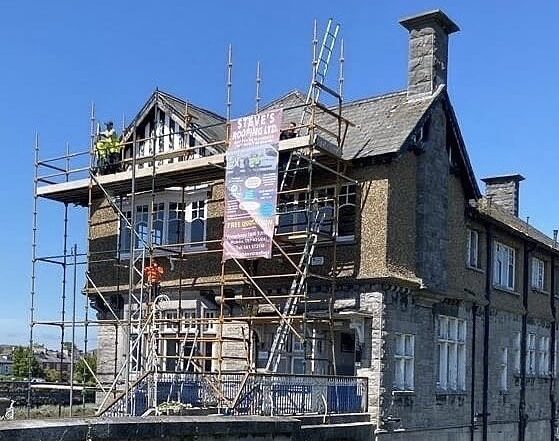 The club are asking for a suggested donation of €25.

The club located at Sarsfield Bridge is trying to raise €15,000 to facilitate this work and restore the building to its former glory and are reaching out to the people of Limerick to help them out. The people of Limerick can become a part of the living history of Shannon Rowing Club by sponsoring a slate that will go into repairing the roof of the club. The club are asking for a suggested donation of €25.

Donors can request a certificate of donation in their name or in any name designated by them. The donor’s name will be recorded in our Book of Donations which will be displayed at the entrance of Shannon Rowing Club. You can also donate a slate as a gift for a family member, friend or in memory of a deceased person.

Although they have been seeking support from the local authority, the club had to result to reaching out to the public after their contractor said immediate work is needed on the roof, starting with an initial target of €15,000 to re-tile the roof on the side facing the River Shannon.

Sean Murphy the club captain said, “The building is over 120 years old, and we have been doing a huge programme of renovating the interiors ourselves. But we saw water coming in from the roof, and it’s gotten progressively worse to the point where we’re putting buckets about the place. It’s in a terrible state”.

Shannon Rowing Club is the oldest rowing club in Limerick City and one of the oldest in the country. Founded in 1866 by Sir Peter Tait, the club sits on a manmade island and possesses some of the finest function rooms in the city with panoramic views over King John’s Castle, St Mary’s Cathedral and the magnificent Shannon River.

At this Sarsfield Bridge location, they offer junior rowers mid-week gym, bike, and rowing machine work in their fully equipped gymnasium, as well as providing kettlebells classes, pilates and weights.

The repair of the roof has already begun and Shannon Rowing Club would appreciate any donations towards the cause. The works to the roof will follow a major refurbishment of the inside of the building which first opened its doors in 1904.

Related Topics:shannon rowing club
Up Next