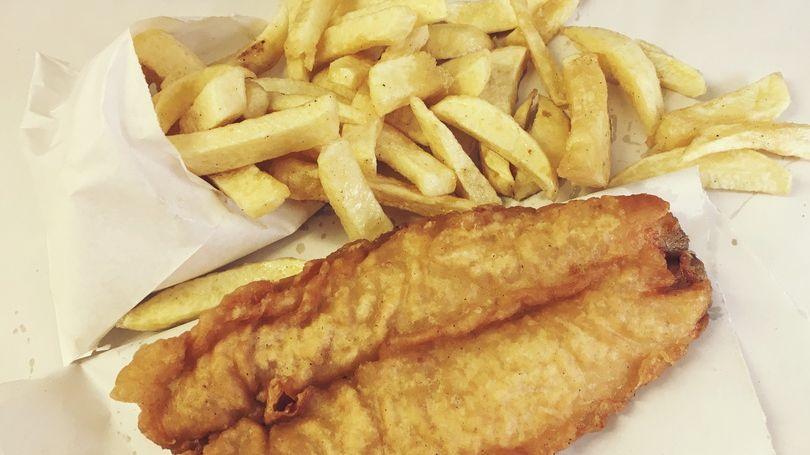 Donkey Fords is a quintessential part of any Limerick diet

The queue into Donkey Fords in Limerick this evening apparently 🐟 pic.twitter.com/PCMRKVLBNy

There are many chippers in Ireland, over two hundred in fact, that have the reputation as serving the best fish and chips in the country. Before moving to Limerick I would have said my favourite was my local chipper down the road back in Wexford but after moving to Limerick, and only having my first Donkey Ford’s last night, I have come to the only conclusion that Donkey Fords fish and chips are the penultimate and without doubt, one of the best in the country!

Donkey Fords has been open for more than 70 years, so it is fair to say they have mastered the art of making fish and chips, for those of you curious about where to find this great take away I am talking about you can find it on 22 John’s Street, Limerick.

This horse waiting while their owner gets chips in Donkey Fords Is the most Limerick thing I’ve seen in a while. pic.twitter.com/cAikoSoKbB

Donkeys is a quintessential Limerick experience and the local people guard its reputation very closely, so never say a bad word about Donkeys when in the presence of a local.

Picture of the outside of famous Limerick chipper Donkey Ford’s

It is a part of Limerick city as much as the pavements and roads are. If you are coming to Limerick on a holiday or a night away it is something you must see just as much as the Hunt Museum or King John’s Castle.

Don’t even get me started on the prices! The price of chips in Donkey’s haven’t changed since 1997 and it’s only €4.80 for fish and chips! A steal really so. no one has a cause for complaint!

It has one of the simplest menus with only a handful of items to choose from, but you can be sure your food will taste amazing and it is best smothered in salt and vinegar. Cooked and served old-style, the food is wrapped in brown paper that somehow adds more flavour to your meal. The paper the food comes wrapped in definitely makes them even tastier!

Donkey’s can boast a lot of great things, the cheerful design, the love of all the locals and even the newbies love them but did you know the famous horror and fantasy author Darren Shan has claimed it as his favourite place in Limerick calling it, “cheap and cheerful” saying “I’ve had a lot of good feeds there.” I have to agree!

It won Today FM’s contest to find the best chipper in Ireland in 2015. The overwhelming number of votes and satisfied customers that got in touch took it to victory. The landmark chipper was also included on the shortlist of JUST EAT’s National Takeaway Awards 2016 and was one of four Limerick restaurants amongst the shortlist.

Donkey Fords has even been crowned the tenth best chipper in Ireland 2019, though, I think we can all agree that we think it should be higher on the list!

PJ and Jim have confirmed that the best fish and chips comes from Donkey Fords in Limerick! #WakeUpHappyhttps://t.co/plIMOKzCRs pic.twitter.com/ExqvgbWbd2

A small Limerick chipper has won its reputation on the national stage, and it is so well deserved.

It is safe to say that Donkey Fords fans are the most loyal chipper fans in Limerick and possibly the whole country!

Thank you Donkey Fords! Here’s to the next 70 years!

Related Topics:donkey fords
Up Next

Limerick and Proud by Lisa Daly, Chairperson of Limerick Pride