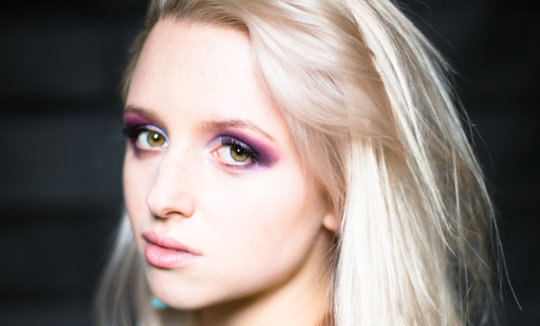 Limerick has produced some of Ireland’s greatest music acts. From international bands like The Cranberries to national stars like Leanne Moore, Limerick is known for its music scene, and Dora Gola could well be the next big name to break out. A singer-songwriter and dancer based in Limerick, Gola has recently made her headlining debut at Dolan’s Upstairs to massive success. She now turns her attention to the stage of the new venue, Pharmacia.

Hannah O’Brien and Cian Moore will open for Gola at the Dora Gola Pharmacia gig. Hannah O’Brien is a local Limerick singer/songwriter who has been playing shows around Limerick and Ireland for the last seven years and has supported acts such as Jack L and John Spillane and Mundy over the course of her music career. Born in Dublin and raised in Clare, Cian Moore grew up listening to a variety of music such as Irish folk music, hip-hop, and singer-songwriter. He started writing songs 3 years ago, having been inspired by a wide variety of genres.

In 2016, Dora has released her debut music video to the song “I’m Not”, which was successfully launched at the Richard Harris International Film Festival, followed by screening at the Cannes Film Festival in 2017.

After completing the BA in Voice & Dance (Limerick) and MA in Music Performance (Cork), Dora continues her work in music, holding true to her sound and vision as an independent artist and she looks forward to debuting her new material and album release in 2018.