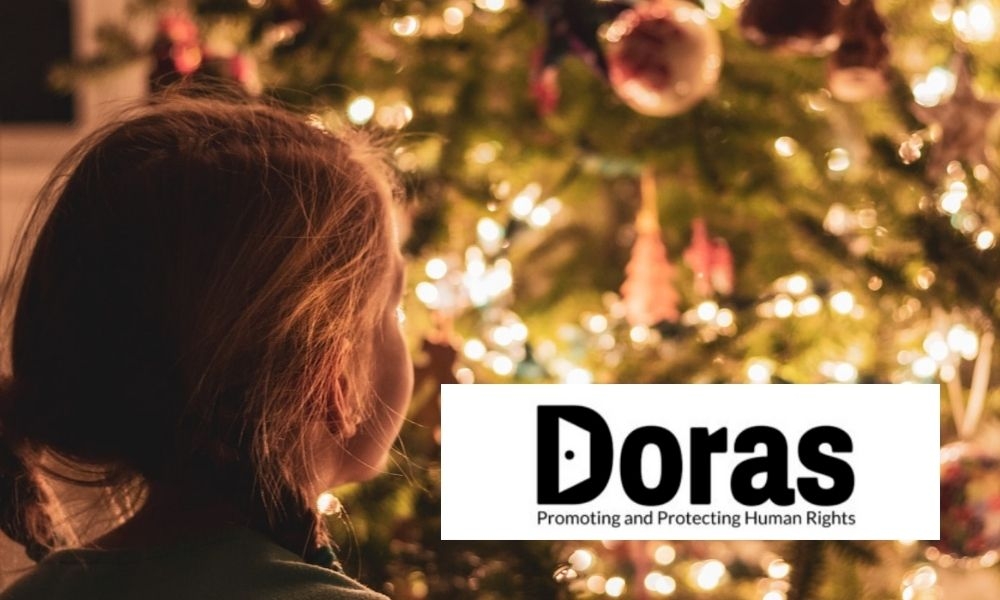 Doras Christmas Appeal helps those in Direct Provision this Winter

Doras Christmas Appeal helps those in Direct Provision this Winter

Donations to the Doras Christmas Appeal can be made through the organisation’s GoFundMe page, over the phone, or in person at the Doras Office, 51 O’Connell Street, Limerick. (Picture taken before social distancing)

Migrant support organisation Doras is asking the people of Limerick to support their Christmas Appeal, which helps supply food, clothes and phone credit to adults and children living in Direct Provision.

The Limerick-based charity, which recently celebrated its 21st anniversary, supports asylum seekers by fighting for their right to live and work in Ireland, in addition to strongly opposing Direct Provision.

“The pandemic has brought challenges to us all. It has affected our way of life in so many ways, particularly during the lockdowns. People living in Direct Provision are especially affected. They are living in often cramped conditions away from family, friends, the people they know and love,” tells Mr Lannon.

“They are here seeking a new life, away from poverty and persecution. The loneliness and isolation they face, especially not knowing what their future brings, can be crippling and takes a severe toll on peoples mental health.”

While Doras welcomes the government’s recent commitment to ending Direct Provision, the organisation urges people not to forget those still living within the system.

300+ children & adults will spend Christmas in #DirectProvision centres in the #Limerick region. Our campaign aims to send residents some love with vouchers for food, clothing and phone credit. 🙏 https://t.co/A69TahSfE2 #GivingTuesday pic.twitter.com/3O5XqZobNh

“There remains an urgency and immediacy to the support that asylum seekers and Doras need. That is why community support is so vital,” says Mr Lannon.

Donations to the Doras Christmas Appeal can be made through the organisation’s GoFundMe page, over the phone, or in person at the Doras Office, 51 O’Connell Street, Limerick.

“The work we do, which supports thousands each year, relies on the support of the community,”  Mr Lannon explains.

“We don’t take that support for granted, and want to thank everyone who has kept the doors open over the past 21 years.”

To donate to the Doras Christmas Appeal, go HERE