By Richard Lynch on November 29, 2014@richanthon 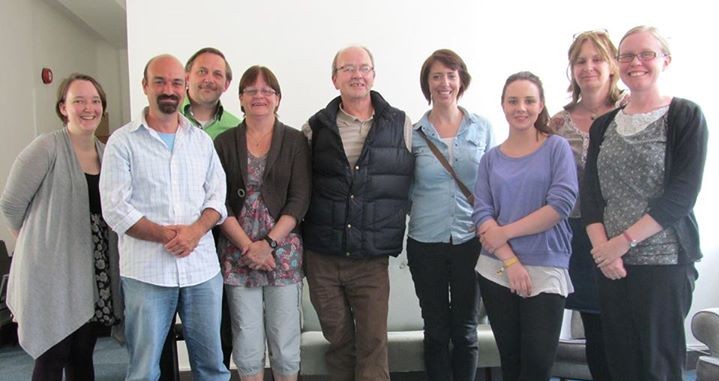 Pictured Above: Those who took part in the advocates workshop for Doras Luimni’s Anti-Rumour Campaign.

Doras Luimni invite you to come and get involved in their Anti-Rumours Campaign! 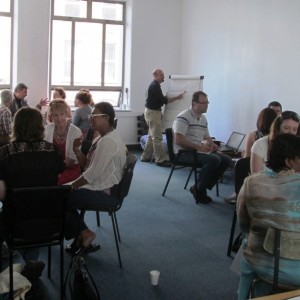 Over 200 people have taken part in the Anti-Rumour workshops and training sessions.

The anti-rumours campaign aims to challenge the most widespread misconceptions about migrants and immigration, which are deeply rooted in the minds of many in Ireland and indeed around the world. Statements such as “Ireland is being flooded with asylum seekers” and “Migrants are only here for social welfare” are just some of the most common myths in circulation.

To date, over 200 people have participated in workshops and training sessions facilitated by Doras Luimni staff. During the workshops, participants are asked to discuss the most widespread ‘rumours’ relating to migrants, as well as the most common ‘rumours’ about Limerick.

In making this link with perceptions of Limerick, participants can personalise the concept and usefully see that what you hear is not always a true reflection of reality!

The campaign challenges these myths by providing evidence-based answers to the most common misconceptions, utilising social networks and viral information channels to reinforce the message. Information and resources are available on the campaign website which can be used by interested individuals and organisations who wish to assist in spreading the message of the project and progressing migrant integration in Limerick.

While Limerick’s reputation has greatly improved in recent times, particularly throughout this year as the National City of Culture, attitudes towards migrants have hardened throughout the country. The economic crisis has had a negative impact on many people’s views on immigration and this can hamper community relations between the native Irish population and those from a migrant background.

Limerick City and County Council formally signed the Intercultural Cities agreement with the Council of Europe on 20th November, which signifies Limerick’s strong commitment to ensuring intercultural collaboration between communities in Limerick.

You can also visit the anti-rumours website at www.antirumours.net
Or why not read more about Doras Lumni here!