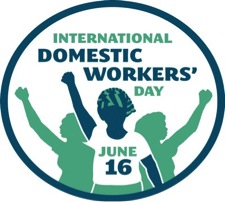 women can force many to migrate under inequitable circumstances only to be exploited in countries where domestic work is not recognised as work.

Doras Luimni Director, Leonie Kerins said “We call for the economic empowerment of these migrant workers, mostly women, by respecting them as workers and as rights holders. This is incredibly important work. They deserve the same rights as any other worker”.

Ms Kerins added “We also know that there are good employers of domestic workers who encourage and support their workers. International Domestic Workers Day seeks to recognise this too. We call on domestic workers to get their fair employers on our ‘Fair Employers Limerick 2016’ list through our Fair Work Standards Limerick campaign which can be found on our website.”