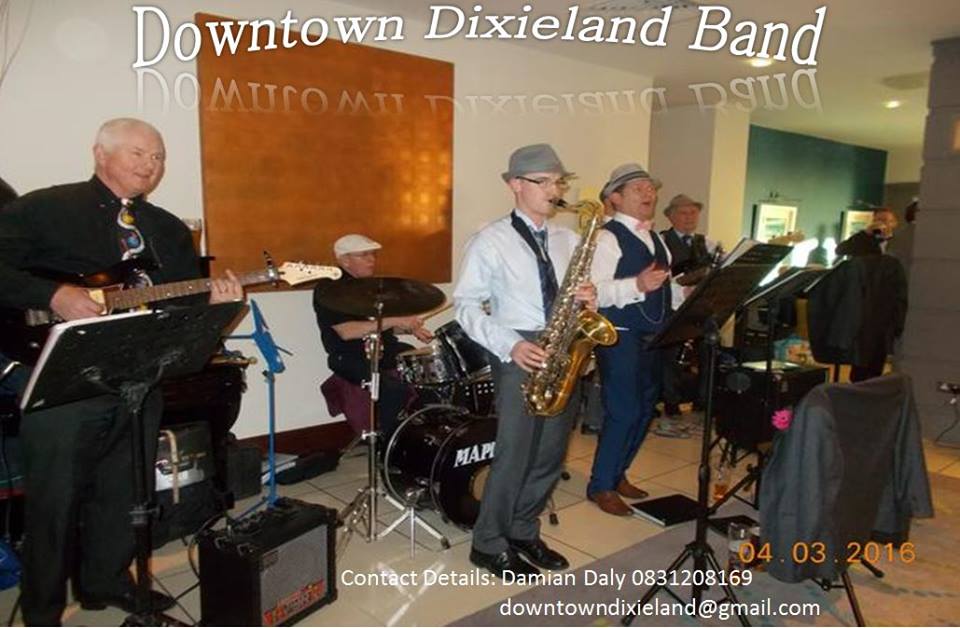 Downtown Dixieland Band was formed in 2007. They played their first public gig in Boston during the 2007 St Patrick’s Day celebrations.

Downtown Dixieland band plays the original arrangements of well-known and not-so-well-known standards from the traditional jazz repertoire of the 1920s straight through to the advent of the Big Band sound of the 1950s. The Band’s own repertoire – which is continually expanding – stands currently at 175 tunes, for example, Down by the Riverside, Creole Jazz, Trouble in Mind, Tin Roof Blues, Bourbon St. Parade, When the Saints, High Society and On the Sunny Side of the Street.

Dixieland Jazz (aka Tradjazz or New Orleans Jazz) is a very rhythmic, uplifting type of music which was the precursor of ‘swing’ music. The Downtown Dixieland band continues this tradition of playing ‘feel-good’ music that always gets the punters tapping their feet or singing/dancing along to the infectious beat.

To date the Band has limited its playing to Jazz Festivals such as the Cork Jazz Festival and the Doonbeg Jazz Festival – where it was voted band of the festival on three occasions. The band also plays private and corporate functions, such as wedding anniversaries, birthdays, press receptions and book launches.

In the past year, the Band has widened its ‘playing out’ area to include pubs, hotels, street recitals and arrival receptions at weddings, the most recent being in the Radisson Blu Hotel & Spa in Limerick.

Downtown Dixieland Band is also called upon regularly to perform at charitable functions and fundraising events in Limerick City and its environs.

Bealtaine 2016 Returns to Limerick for the month of May