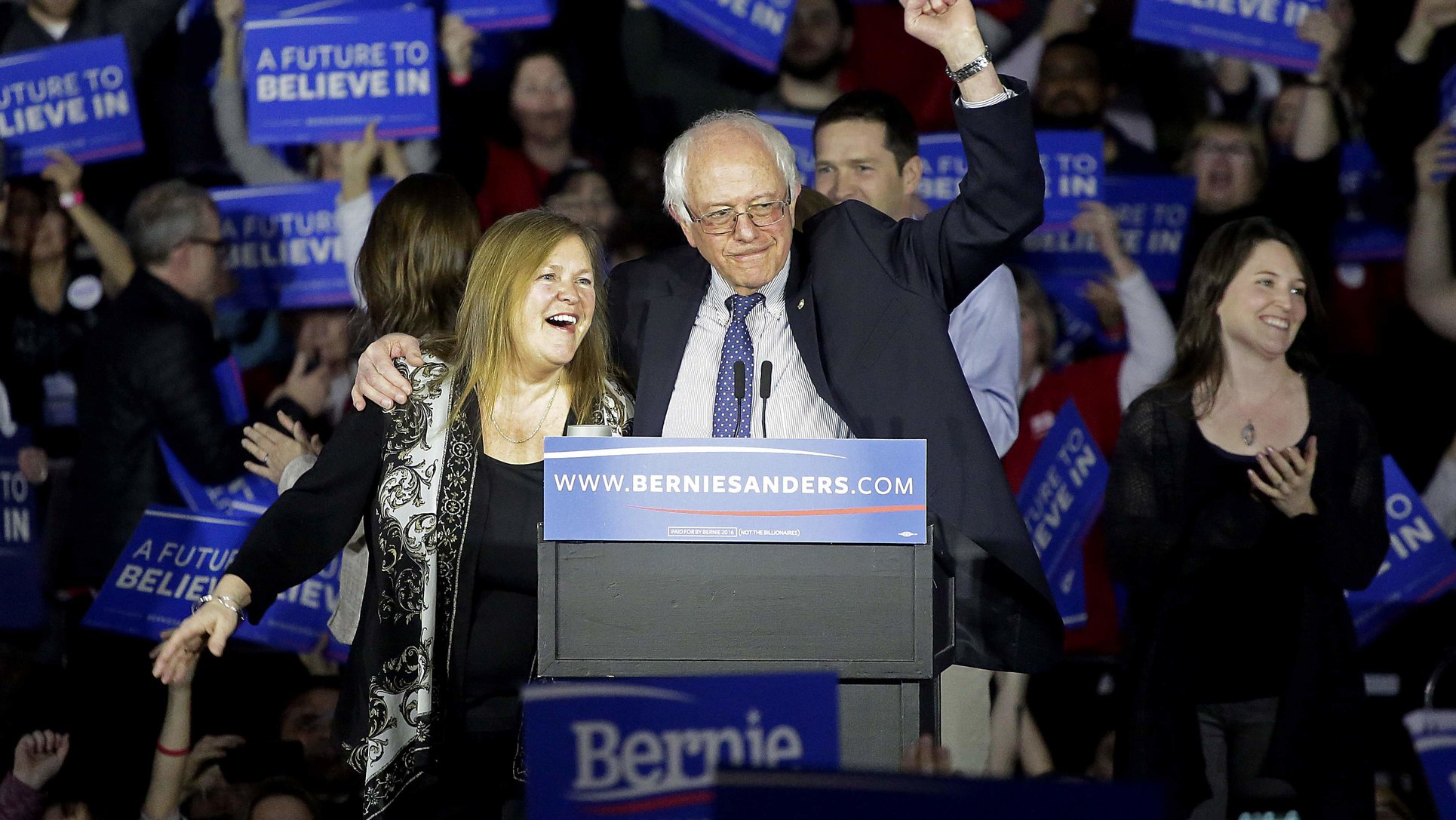 Dr. Jane O’Meara Sanders was at the centre of the 2016 American presidential election as senior political advisor to, and wife of, Democratic Senator Bernie Sanders.

Over 11 days in October, I.NY explores and celebrates the deep and vibrant connection between Ireland and New York City. The festival invites artists, writers, musicians, educators, entrepreneurs and more to tell the story of how the Ireland New York relationship has impacted their personal, professional and creative lives. It invites as well an audience, from home and abroad, to share their own stories, hear those shared by others, and experience the broader Ireland New York story through a diverse programme of cultural events.

Born in Brooklyn to Irish parents, Dr. Jane O’Meara Sanders is a founding member of the Sanders Institute, a fellowship comprised of leaders dedicated to transforming democracy through the research, education, outreach and advancement of bold, progressive ideas and values. Dr. O’Meara Sanders was also at the centre of the 2016 American presidential election as senior political advisor to, and wife of, Democratic Senator Bernie Sanders.

Dr. Jane O’Meara Sanders is appearing as part of the I.NY Annie Moore Talks series, in conversation with Joseph O’Connor, award-winning novelist and Frank McCourt Chair of Creative Writing at the University of Limerick. She will discuss the 2016 Presidential election, the Sanders campaign and Institute, the Republican and Democratic rivals faced, and the current political climate in America. She will discuss as well her own Irish heritage, her upbringing in 1950’s Brooklyn in an Irish-American home, and the influence of Irish art, music and literature on her life. Finally, she will tell her and Bernie Sanders’ shared story, having grown up just blocks from each other in Brooklyn, but who first met decades later as a political candidate and activist in Vermont.

The event takes place in the University Concert Hall, Limerick on Thursday 12 October. Information and tickets at €15/18 available from www.thisisiny.com and www.uch.ie. Joseph O’Connor also guests at the festival on Wednesday 11 October, joining Glen Hansard at The Lime Tree Theatre for a unique evening of conversation and performance. These two leading Irish artists will appear together for the first time, discussing the impact New York has had on their personal, professional and creative lives, and perform the songs and readings which reflect that influence.

Elsewhere in the programme, Tony award-winning TV & film producer Maura Kelly joins designer Orla Kiely and former New York Consul General Tim O’Connor as an invited speaker at the I.NY Gathering in Dromoland Castle on Friday 13 October, while Jean Butler and Trish Long will both speak at the I.NY Creative Education Symposium hosted by the Irish World Music Academy at the University of Limerick. Mícheál Ó’Muircheartaigh joins GAA All-Stars, broadcasters and fellow gaeilgeoirs Dara O’Cinneide and Diarmuid Lyng for a screening of O’Cinneide’s GAA USA focused on the 1947 All-Ireland Football Final played in New York’s Polo Grounds, followed by a conversation of the current reputation and importance of Gaelic Games in New York.

For more stories on the I.NY Festival click here