By Richard Lynch on February 14, 2020@richanthon 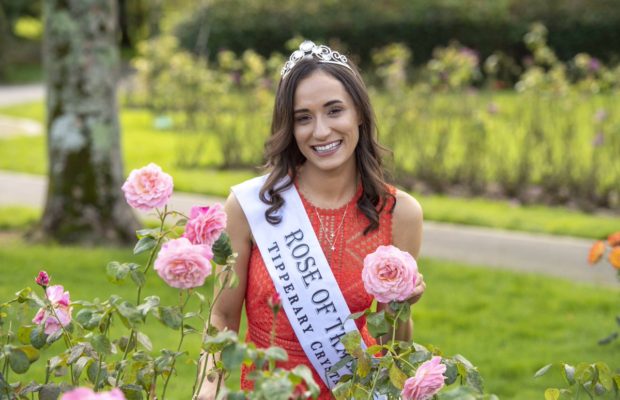 This Valentine’s weekend, reigning Rose of Tralee Dr Sinead Flanagan will be joined by 14 fellow Roses and Escorts in travelling to Belarus to work as medical and teaching volunteers for children with special needs through Adi Roche’s Chernobyl Children International charity.

The 27-year-old Limerick woman has been working as a junior doctor in Cork having graduated in medicine in May 2018. Prior to studying medicine, she studied physiotherapy in UL.

Dr Sinead Flanagan will be joined by an international group of Roses from USA, Australia, UK, Germany, and 20 Irish counties. “We are a diverse group of teachers, nurses, medical care workers, all different types of people from different backgrounds who have had different life experiences. We all have different things that we can learn from each other.”

Sinéad and the 2019 Roses and Rose Escorts will travel to Belarus in just a few weeks to work with Adi Roche’s @Chernobyl Charity.
Please support them by donating on:https://t.co/n81pDWbSsv

Many of the Roses and Escorts have medical, nursing, social work, training, and teaching skills which will allow them to make an important contribution to the work which is being carried out at Vesnova Children’s Mental Institution where they will be spending the week.

Vesnova is located about 175 kilometres from the Chernobyl nuclear power plant. The facility, which caters for 174 children with severe physical and intellectual disabilities is supported by Adi Roche’s Chernobyl Children International. Teams of volunteer Irish builders have spent the past 15 years turning it from a once derelict asylum into a world-class child care centre.

A volunteer link-up between Chernobyl Children International and the Rose of Tralee Festival has seen high skilled Rose Volunteers and their Escorts travel to Belarus twice a year since 2011 to spend a week working in Vesnova Children’s Mental Institution, most recently in November 2017.

The group of 15 are all using their professional skills, working alongside Vesnova’s permanent staff to stimulate the children and to support them with the rehabilitative work they are undertaking in a bid to improve their quality of life.

The children in the Vesnova Children’s Mental Institution range in age from 4 to 18 years; most have lost their parents; others have been abandoned by families who could no longer care for them, all of them suffer from severe illnesses and disabilities and require a high level of medical and nursing care. Irish doctors, nurses, dentists and paramedical staff travel to Vesnova several times a year.

Aren’t they amazing! ❤️⭐️ our Roses and Rose Escorts are on their way to Belarus with Chernobyl Children International to the Vesnova children’s home. We wish them all the best for their journey🌹❤️#roseoftralee #chernobyl #makingadifference #CCI @Chernobyl pic.twitter.com/C6bkav1zOf

Ahead of flying to Belarus to oversee programme development, CCI Voluntary CEO Adi Roche paid tribute to the Roses and Escorts who are taking time out of their busy schedules to volunteer;

“For the past decade, Chernobyl Children International has been so blessed by the immeasurable contributions of the Roses and Escorts. This trip is timely in the run-up to the 34th anniversary of the Chernobyl Disaster.

“Over the past year, the chilling ‘Chernobyl’ mini-series has done so much to raise awareness for this cause and a new interest has been generated in this tragic tale.

“The series raw truth-telling of the deception and cover-up is deeply disturbing as it replaces the narrative of what has been convenient all these years and the series sees Chernobyl as never articulated or envisioned before,” she added.