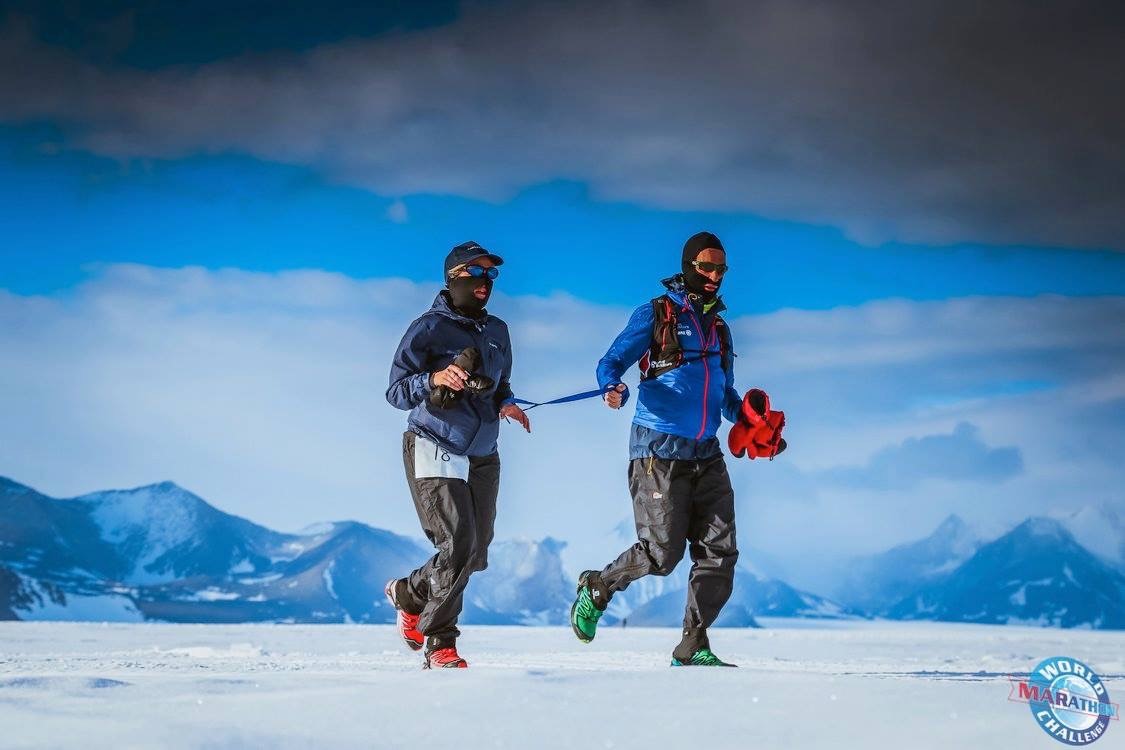 Dr. Sinead Kane and her guide runner, John, pictured as they attempted, and succeeded to hold the record of the first blind person to complete a marathon on each of the seven continents in less than seven days.

In telling her story, Dr. Kane will share her insights on how to overcome adversity and build resilience, thereby creating a mindset for success.

Dr. Sinead Kane is a visually impaired athlete and qualified lawyer who holds a double Ph.D. doctorate. She is a double Guinness World Record Holder for the furthest distance traveled by a female on a treadmill in 12 hours, and for being the first blind person to complete a marathon on each of the seven continents in less than seven days. She has forged a career as one of Ireland’s best ultra-runners despite having less than 5% vision and having only begun running in 2012.

Fiercely determined from a young age, Dr. Kane said, “I think a perception people have is people with blindness and disabilities can’t do things. Throughout my life, I’ve always strived to achieve things a fully sighted person hasn’t.”

Petrina Hayes, President of Network Ireland Limerick, said, “Every day we face challenges; some small and some so big they may seem insurmountable, but quite often a solution can be found if we adapt or alter our mindset. I’m delighted Dr. Kane will be joining us and sharing her tips on how to create a mindset for success. She has confronted so many challenges in life; it is mind-blowing what she has achieved to date.”

This event is free for members of Network Ireland and €25 for non-members. Tickets must be booked in advance on Eventbrite or via www.networkireland.ie, or you can call 086 7779222.

Tickets: Eventbrite or via www.networkireland.ie.

Sinead doesn’t let her disability hold her back and is living life to the full. Within the space of three months, Sinead Kane was awarded two Ph.D. doctorates. In October 2017, she received an honorary Ph.D. from the National University of Ireland. In December 2017, she was awarded her academic Ph.D. from Dublin City University.

Sinead is also the holder of a Guinness World Record for being the first blind person to complete a marathon on each of the seven continents, a feat which she completed in less than 7 days in January 2017.  She is also the first Irish female to do the world marathon challenge. Sinead and her guide runner, John, completed their first Marathon of this challenge at Union Glacier, Antarctica followed by running a Marathon in Punta Arenas (South America), Miami (North America), Madrid (Europe), Marrakech (Africa), Dubai (Asia) and finally Sydney (Oceania).

The above achievements are admirable but are even more so when one considers that Sinead only has 5% vision and is registered as legally blind. Sinead has overcome a lot of adversity throughout her life and now wants to help others. Sinead proves how those who persist in spite of a disability can develop determination, motivation, and creativity. See www.sineadkane.ie.