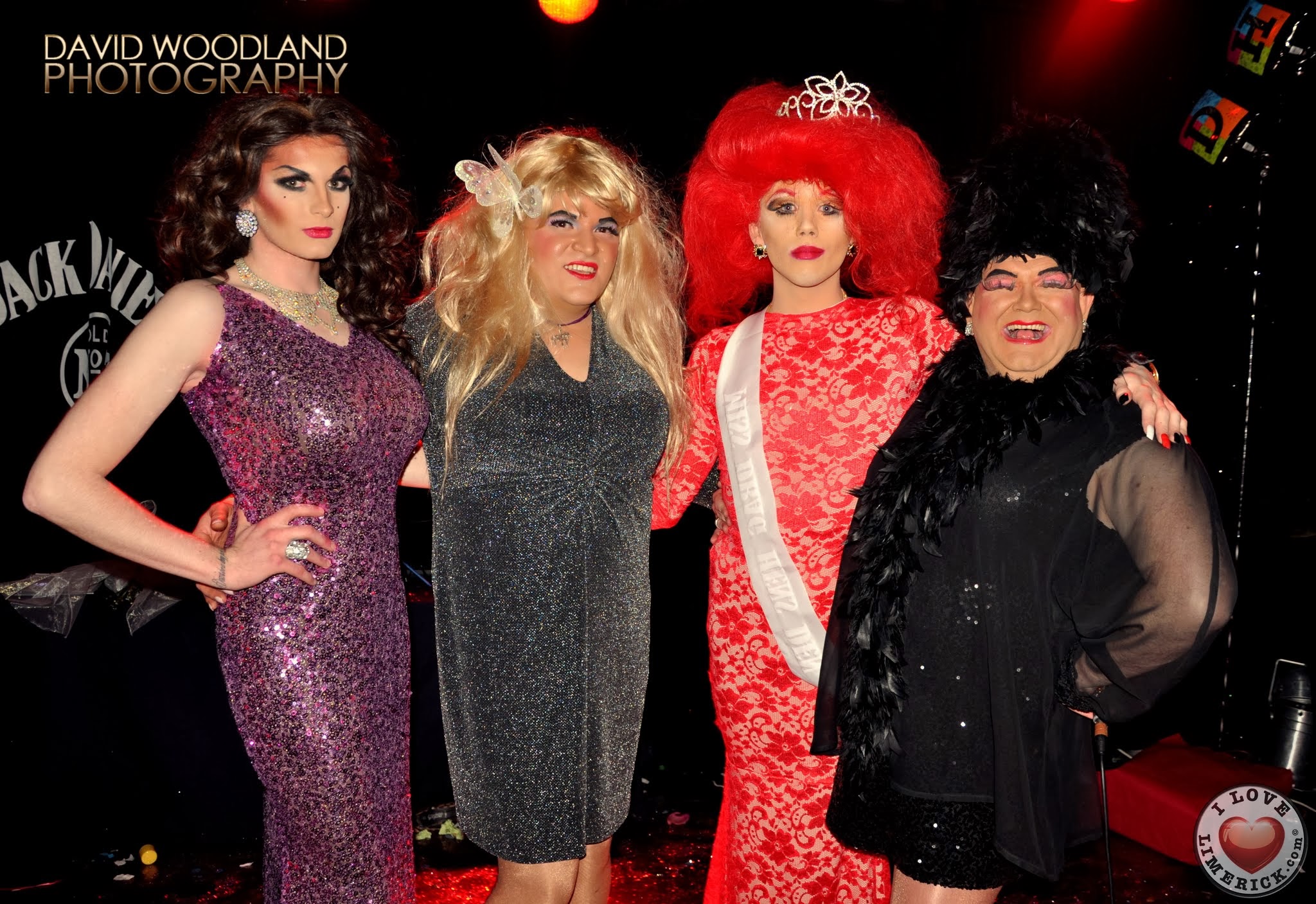 Ladies, Gents, Queens, Kings, Angels, Devils and everything in between, Dionysus Klub Nights presented their national Drag Queen contest in Dolans Warehouse on Saturday Feb 15. The brightest and best of Ireland’s Drag acts descended upon Limerick with stilettos in hand, ready (as the incomparable RuPaul says) to Lip-Sync For Their Life! It featured queens from every corner of our glittering Emerald-sequined isle, this competition is in its second year, and based on the massive success of 2013, they were overwhelmed with applications and finally whittled it down to their final contestants. These girls have to be seen to be believed and if you like your culture a little on the alternative and daring side. They had a guest appearance from the legendary Paul Ryder, one of Dublin’s top acts fast becoming an international phenomenon, and the hosts for the evening were two of Limerick’s most loved Drag performers, the seriously saucy pairing of my lovely friends Sheila Fitzpatrick and Madonna Lucia. Legs to die for and razor-sharp banter – these gals are in a class all of their own, and when it comes to MCing a show, nobody does it better.