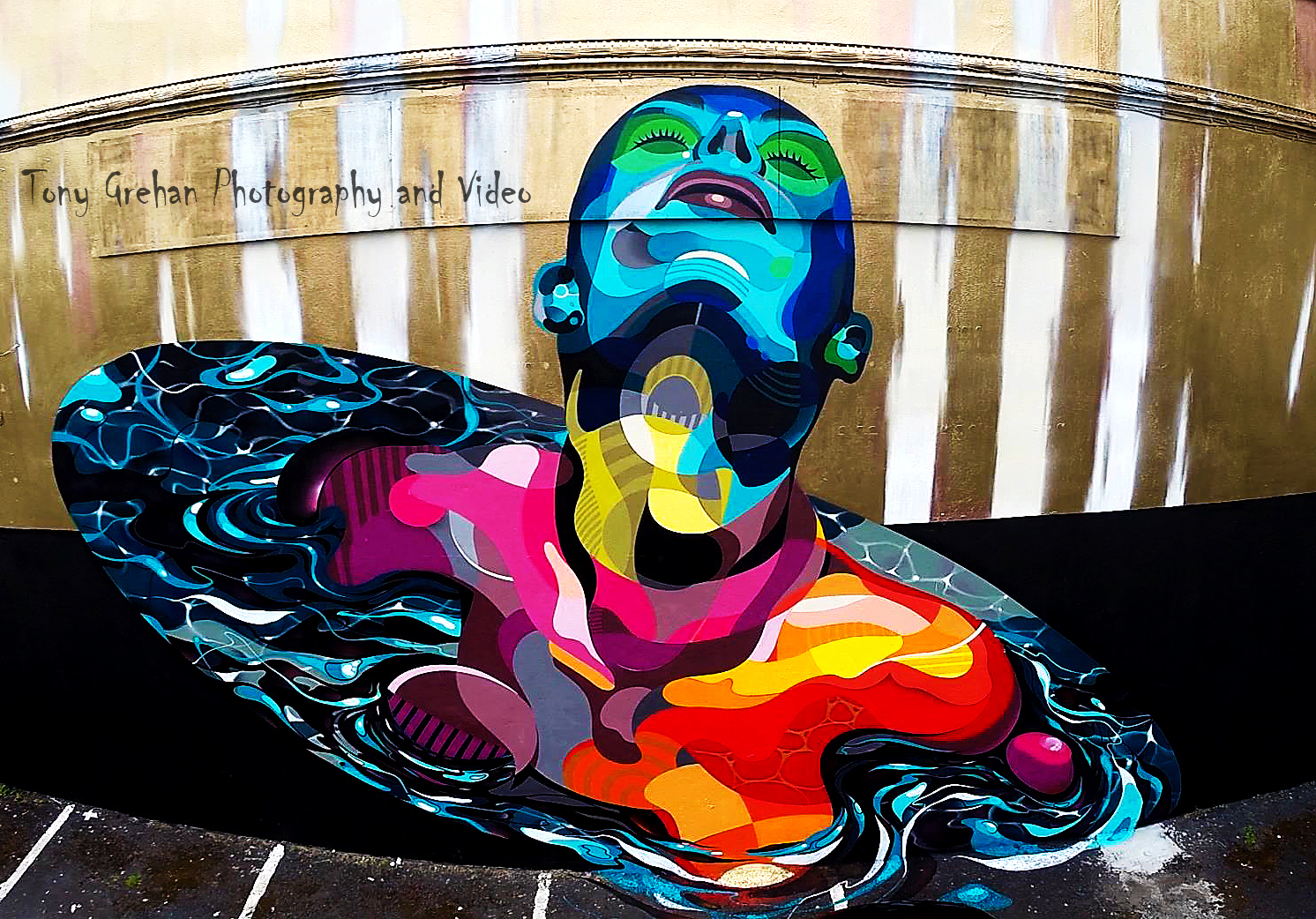 Photos by Tony Grehan Photography and Video, all rights reserved

Limerick’s cityscape is getting a facelift by the art project Draw Out – Urban Exhibitionists, turning bare walls into larger than life works of art, and street artists from all over the globe are getting involved.

The project will produce 20 murals to return the breath of life to many of Limerick’s bland and abandoned sites, created by the world’s top 20 artists. Seven of these murals have already popped up across the city over the past week on Denmark Street, Ellen Street, Athlunkard Street, Anne Street and Little William Street, as well as part of the Make a Move Festival.

Head of the Draw Out Initiative, youth worker Catherine O’Halloran says, “It is building communities from around the world and is an investment into the city, so that younger kids that are painting can look at this and see that creativity and imagination is limitless.”

Draw Out kicked off last year – the revamp of the petrol station on Parnell St by the Irish artist Maser, as well as impressive murals, including one near King John’s Castle – and enjoys the support of City Councilor Paul Foley and Limerick City of Culture.

Catherine says that the logistics of the project and trying to accommodate the different working style of the individual artists was a challenge, but adds “I think that now the work is taking on a life and a shape, and people recognize what is actually popping up, you start to get some feedback, and that is good. Because then you start to remind yourself just how big an impact this will have on the city, in a really positive way. Obviously that is relative to people’s tastes, but I suppose I wanted to look for artists whose work is socially conscious, that was a decision I made early on. The foundation that runs underneath it is that all of the team are local artists, who get to experience what it is like to approach a wall this big. It is a creative investment into the education of the young people of Limerick, which we need to start thinking about doing more of.”

The feedback from artists has also been phenomenal, both in terms of feedback they have received and the opportunity to travel and collaborate with other artists. Draw Out has not only provided them with a quite literally huge showcase, but also the autonomy to work at their own pace and with their own style. By educating through projects as this, as it not only prevents vandalism, but also enables artists to work in a structured way and showcase their talents. In other words the initiative doesn’t only revive the city’s forgotten sites and counter-acts vandalism; it is also one of the most successful undertakings of the year.

To stay up to date with Draw Out – Urban Exhibitionists and the locations of new street art, visit their WEBSITE, or read more HERE.