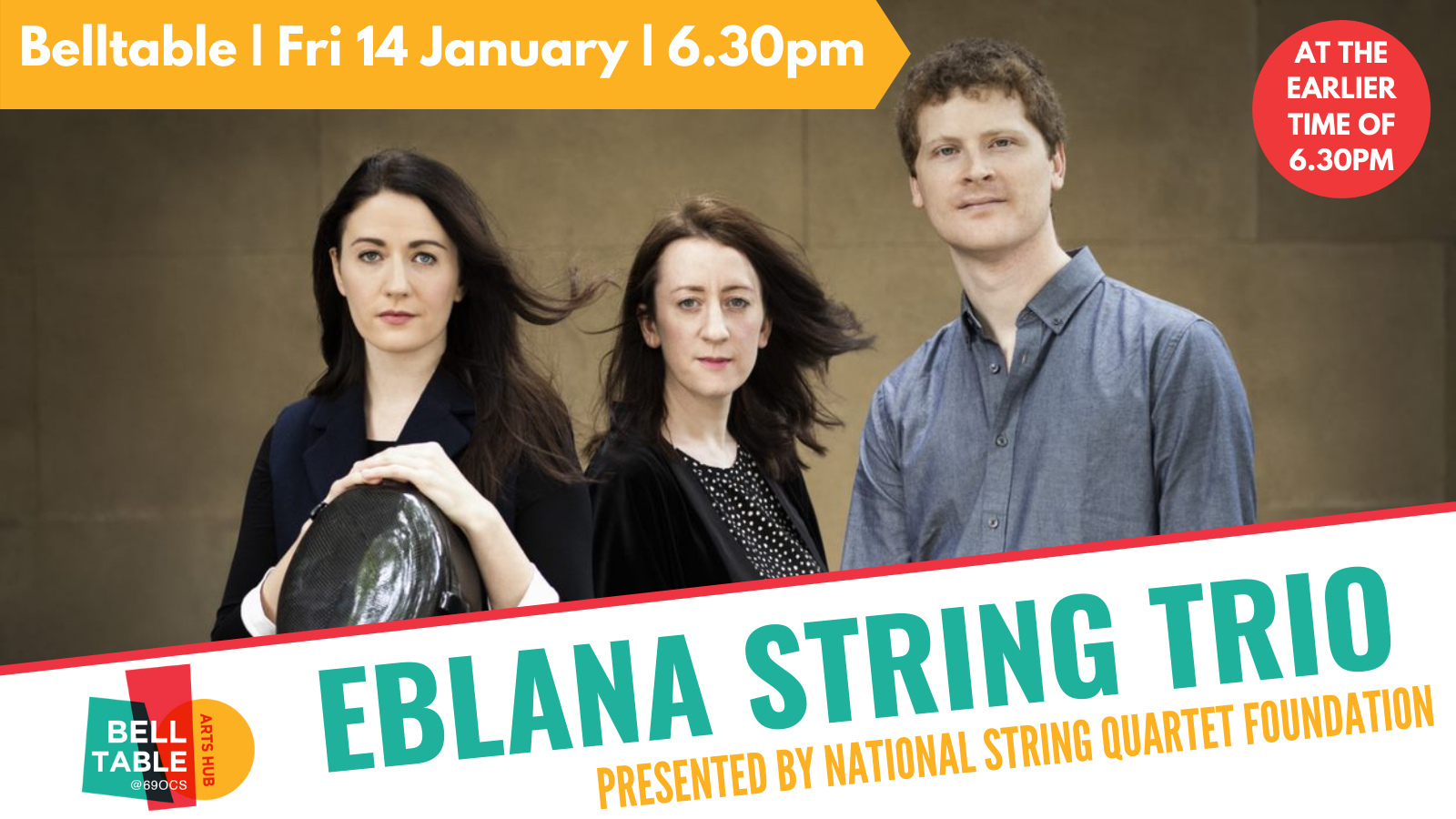 Eblana String Trio is a long-established and highly acclaimed group championing great music for string quartet minus one.

Formed in 2006 at the Royal Northern College of Music, the trio has given countless performances throughout Ireland, the UK and beyond.

The phenomenal Eblana String Trio is set to visit Limerick’s Belltable Theatre on Friday, January 14 at the earlier time of 6:30 pm. The Eblana String Trio programme for this tour includes three of the highlights of the repertoire, Beethoven’s G major trio Op.9/1, Ian Wilson’s second-string trio ‘Bone Icon’ and Dohnanyi’s delightful Serenade. The Eblana String Trio consists of Peggy Nolan on the cello, Lucy Nolan on viola and Jonathan Martindale on the violin for what promises to be an evening of musical magic.

Formed in 2006 at the Royal Northern College of Music, the trio has given countless performances throughout Ireland, the UK and beyond, winning praise from audiences and critics alike for their powerful interpretations of this often-neglected repertoire.  Their 2021 album, ‘The King’s Alchemist’ was selected as chamber CD of the Month in a 5-star review in BBC Music Magazine.

Their debut album, ‘The King’s Alchemist’ was released with Willowhayne Records in 2021 to great acclaim. The album was selected as chamber CD of the Month in a 5-star review in BBC Music Magazine.

Since its formation in 2006, the Eblana String Trio has been performing regularly for music societies and festivals throughout the UK and beyond, winning praise from audiences and critics alike for the depth and insight of their performances of this often-neglected repertoire.  Recent seasons have seen the trio giving acclaimed performances at both the Wigmore Hall for the Park Lane Group and the Bridgewater Hall for the Manchester Midday Concerts Society, as well as performing live on Radio 3’s ‘In Tune’ programme.

City Music Foundation Artists, the trio are passionate about championing new repertoire and have worked closely with many of the leading British composers on their works, including David Matthews, Hugh Wood, Robin Holloway, and James Francis Brown. They have also given the World Premieres of works written for them by Joel Rust, Grace-Evangeline Mason, and Rhiannon Randle.

In addition to their studies at the Royal Northern College of Music, the trio attended the International Musicians’ Seminar Prussia Cove, as well as sessions of the European Chamber Music Academy.  From 2013 until 2015 they held a Junior Fellowship in chamber music at Royal Birmingham Conservatoire and now continue their association as visiting tutors in Chamber Music.

The event is completely compliant with current public health measures and please note that patrons are required to present proof of vaccination against Covid-19, along with photo ID, on entry to this event. Wearing a mask/face covering is also compulsory while in the auditorium.

For more stories on the Belltable Theater click HERE

Related Topics:belltableEblana string trio
Up Next