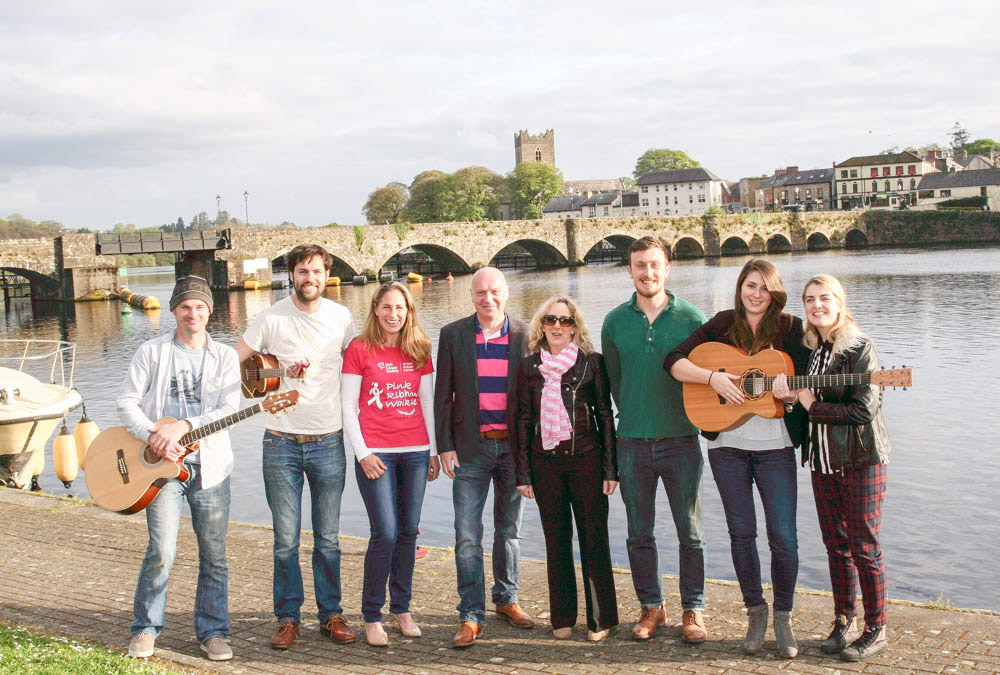 A teacher in Tipperary is hoping that he can get his charity single to the top of the charts this summer and make it the first fundraising song to reach the acclaimed number one spot outside of the Christmas period.

Chris Stoodley, a teacher working in an ASD unit in Portroe N.S., Tipperary, co-wrote the song ‘Put on the Pink Ribbon’ with Monika Fallon and is releasing if for download in the hopes of a chart hit that will raise funds for the Irish Cancer Society.

Chris previously performed the song at the Pink Ribbon Walk in Killaloe, Co. Clare, a major fundraiser for the Society. He has now recorded the track with his band Boho, made up of Monika Fallon, Norma Manly, Cathal Reynolds, Mike O’Brien and Sean Cunningham all from Killaloe and Ballina in Co. Tipperary, and also a local choir, The Gunas with Paul Sheeran on piano.

The single – which will be available to download from iTunes and Spotify from Friday, May 5th for €1.50 – was recorded for free at Pine Valley Studios, Killaloe by Joe O’Dubhghaill and Chris is hopeful that it will claim the number one spot in the Irish charts the following Friday, May 12th.

As part of the launch of the single, Chris and colleague Niamh Egan and Guna’s member and Pink Ribbon committee member Nicola Wood are organising an Eclectic Pinknic Festival at Flanagan’s on the Lake in Ballina/Killaloe on Saturday, May 6th from 2 pm. Chris and his band will perform the song as part of a fantastic line-up of musical acts including The Frank and Walters. There will also be entertainment at the family-friendly event, including golf and hurling target shooting into the river Shannon, a landscape art competition, zorbing on water, face painting, raffle and an auction amongst other things.