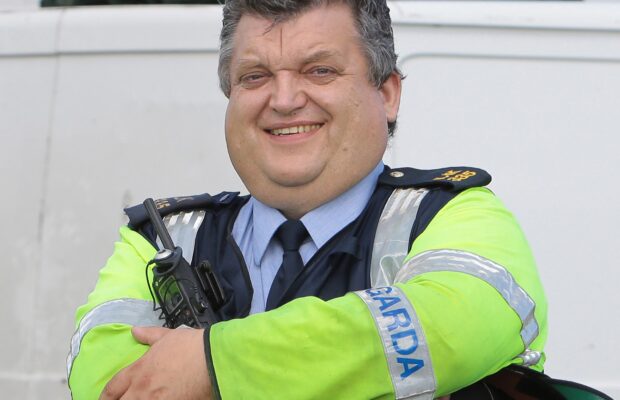 Former garda Eddie Ryan, who was affectionately known as ‘Robocop’, passed away last Sunday aged 56, after a battle with cancer. As a mark of respect and to pay tribute to the well-respected Tipperary man, hundreds of past and present gardaí and colleagues held a silent guard of honour on Henry Street this Tuesday afternoon, as his funeral cortege made its way to a private service in Shannon. 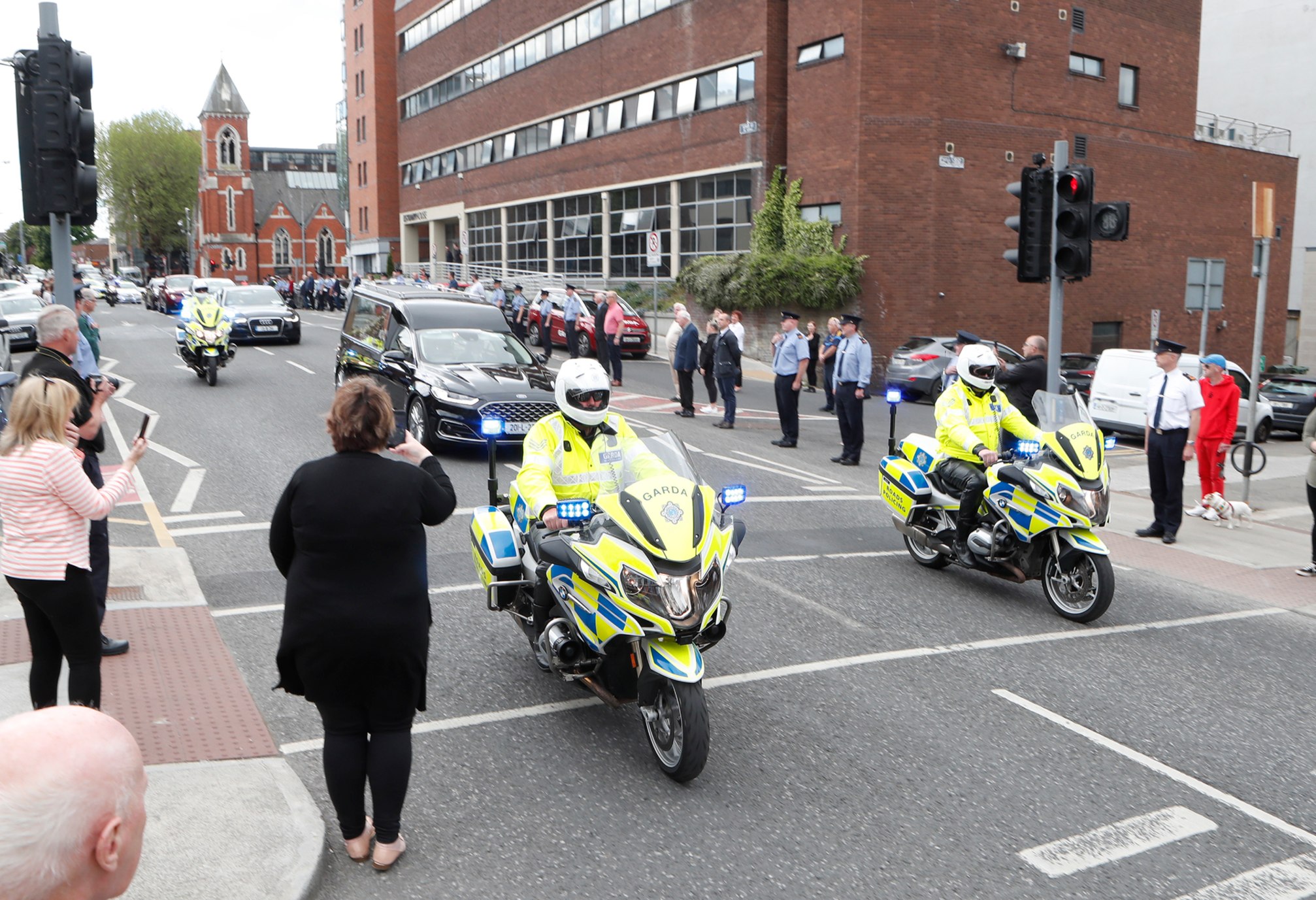 Hundreds of Gardai led by Chief Superintendent Gerry Roche, as well as members of the public turned out to form a Guard of Honour outside Henry St Garda station for retired Garda Eddie Ryan. Photograph Liam Burke/Press 22

Eddie Ryan was a Tipperary native who started his career in An Garda Síochána at Roxboro Road in Limerick, before moving to the city’s headquarters on Henry Street in 2003, joining the Division’s Traffic Corps. He retired from the force in February 2014 after more than 30 years as a garda, and went on to work as an inspector for the National Transport Authority.

His Garda partner for 11 years, Sergeant Tony Miniter, said his colleague was well-liked and respected by all, even by those who he rubbed shoulders with. “He was a very big man, a larger than life character and his likes will never be seen again.”

“He was taken too young, but he fought a very strong battle for the last two years. He was somebody you couldn’t miss on the road and he will be really sadly missed by all of us,” Sergeant Tony said.

The father of three was well known for his big physical presence, which may have at first appeared intimidating. But Eddie was said to be a gentle giant who was always very understanding. His nick-name ‘Robocop’ came about due to his dedication to road safety, but it didn’t do Eddie justice in some regards, as he was excellent at his job and always had a fair outlook.

As a mark of respect and to honour Eddie, over 150 gardaí along with other friends and colleagues, led by Chief Superintendent Gerard Rochel, Tipperary Chief Superintendent Derek Smart, Supt Brian Sugrue, Supt Dermot O’Connor, and Supt John Ryan, partook in a guard of honour outside Henry Street Garda Station where Eddie worked for years, as his funeral cortege made its way from Thompson’s Funeral Home to Shannon for a private service.

A FINAL TRIBUTE: Limerick Gardaí of all ranks were honoured to pay their respects at Henry St Station today, to retired Member, Eddie Ryan, who passed after a long illness. All Members of AGS, serving or retired, living or deceased, will always be part of the Garda family #RIP pic.twitter.com/0SpYgQmRuJ

Garda outriders flanked the hearse that was carrying Eddie’s coffin, led by a motorcycle Garda escort. The cortege also passed Thomond Park on the way; Eddie was a well-known loyal Munster rugby fan and during his career had led many of the team’s escorts from their hotels to Thomond Park.

A private funeral service took place in Shannon, in accordance with government advice regarding public gatherings. Mass cards and letters of sympathy can be delivered to Thompson Funeral Directors, Limerick.