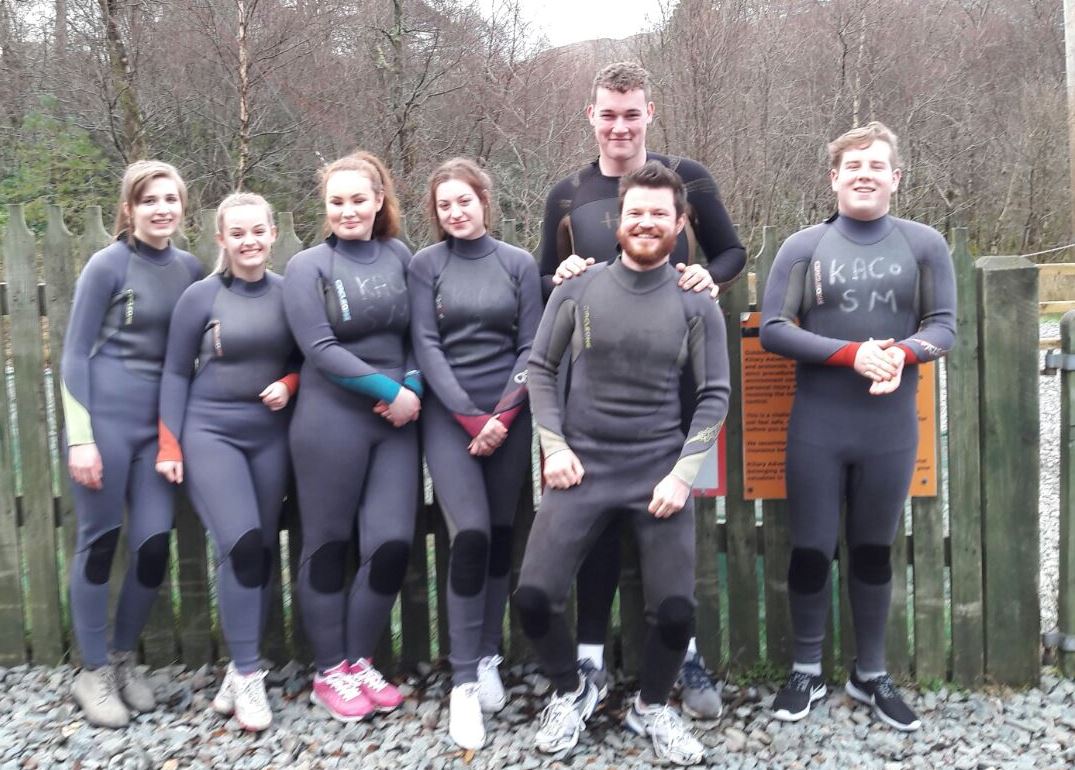 Teenagers from south-east Limerick who played a key role in fundraising for positive youth mental health projects enjoyed a well-earned New Year’s retreat with Limerick Youth Service. The young people, who are members of EIC (Every Idea Counts) YouthBank, braved the winter elements and shook off the Christmas cobwebs as they participated in an activity programme at the Killary Adventure Centre, Co. Galway.

‘It was a great start to the New Year and an enjoyable end to this particular YouthBank project,’ said Lisa, YouthBank coordinator.

Lisa O’Connor of Limerick Youth Service described the YouthBank project as ‘a national initiative run by young people, for young people with a youth committee elected to recruit members, decide on the funding criteria and allocate grants,’. With YouthBank, the young people took part in an extensive training course and raised funds for youth mental health programmes in the south-east area of Limerick County. Reflecting on the past year, Lisa congratulated the young people for their commitment and dedication to the YouthBank programme saying ‘the skills learned will certainly stand to them in the future.’

To find out more about EIC YouthBank click here

Keep up to date with Limerick Youth Service and more here!