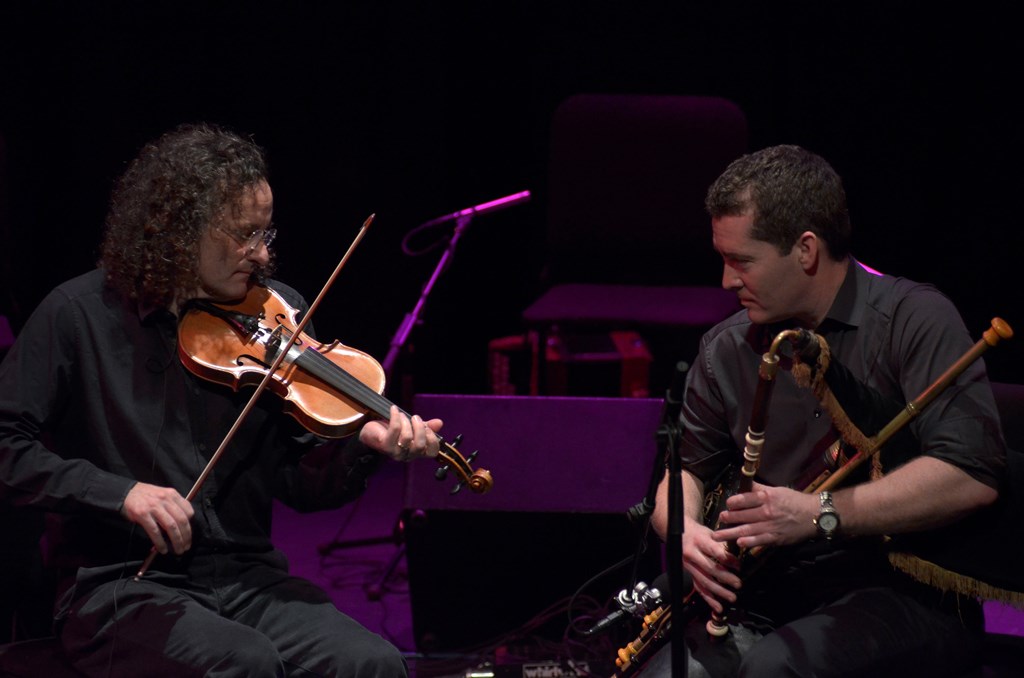 Organisers have described the annual festival as a unique opportunity to walk in the footsteps of the poet, Michael Hartnett, to see his poems featured in shop windows, to greet writers on the very streets he wrote about and to breathe in the sense of place which was a hallmark of his life and of his work. This year’s festival will be opened by internationally  renowned and multi-award winning author Joseph Connor, who has described the late Michael Hartnett (1940-1999) as “one of my favourite Irish poets of all time”.  “I am honoured to be opening the Eigse Michael Hartnett, a festival in honour of one of my favourite Irish poets of all time,” said Mr O’Connor who is the Frank McCourt Professor of Creative Writing at the University of Limerick. “Hartnett was unique: he wrote in Irish and English, he was both classical and contemporary, but most of all he wrote with such insight and wisdom. This is a wonderful festival and I salute everyone involved.”

Established in 2000 as a tribute to the life and work of Michael Hartnett, Eigse is an intimate festival, taking place in the very streets which shaped Michael and about which he wrote. And through its annual Michael Hartnett Poetry Award, the festival also continues one of Michael’s outstanding qualities, his support for and encouragement of younger writers. This year’s award is for collections written in Irish.

“Because it takes place in Michael’s home town, where so many people still remember Michael, it means Eigse Michael Hartnett has a very distinctive and very special atmosphere,” says Sheila Deegan, Limerick City and County Council Arts Officer. “Organised by a dedicated local committee and supported by the community of Newcastle West, this annual festival very much has a national and international focus.

This year’s festival runs, which is funded by The Arts Council, from April 16 to 18 and the programme offers a mix of poetry and music, literature and drama, visual arts and dance. The line-up will include writers Joseph O’Connor and Kevin Barry, poets Peter Fallon, Doireann Ní Ghríofa, John W Sexton, Mike MacDomhnaill, and Micheal Rowsome musicians Martin Hayes and David Power, as well as Paul Dunworth and the Brad Pitt Light Orchestra, actor Pat Kinevane, and visual artists Eric Tobin and Niall Hartnett.

The programme also includes a schools programme, a walking tour of the town and an Open Mic competition.

Friday morning will see performances of integrated dance, involving students from local schools and service users from the Rathfredagh Cheshire Home and the Brothers of Charity. This will be followed by storytelling, song and dance with Sonny Egan at St Ita’s Hospital and the launch of Eric Tobin photographic exhibition, Ode to a Misfit in the Red Door Gallery. It is a “visual exploration inspired by the writings of an unbridled poetic master.”

The 13th century Desmond Hall will be the background for a feast of music and poetry on Friday evening at 8pm featuring Irish music luminary Martin Hayes on fiddle, David Power on the pipes and poems by Doireann Ní Ghríofa.

To finish off the evening, actor Pat Kinevane will perform his stunning new solo play, Underneath in a production by Fishamble, in the Newcastle West Area Office at 10pm.

Saturday morning will give the opportunity to relish the words and wisdom of one of Ireland’s foremost men of letters, poet and publisher Peter Fallon, who founded Gallery Press. A long-time friend and publisher of Michael Hartnett, he will deliver this year’s Michael Hartnett Memorial Lecture under the title The Hold of English.

A new addition to this year’s programme will be a guided walk on Saturday afternoon through Newcastle West with Mick MacDomhnaill and Míchéal Rowsome. Called The Poet Dreams and Resolves, it will be an exploration of landscape, memory and West Limerick’s artistic imagination.

The Hartnett Viva Voce will undoubtedly again attract a large entry, with a prize of €300 for best original poem. The Open Mic however also carries a prize for the best rendition of a Michael Hartnett poem.

The festival draws to a close on a high note, with award-winning novelist and short-story writer Kevin Barry, who will be joined on stage by the Brad Pitt Light Orchestra for an evening of words and music.

Many of the Eigse Michael Hartnett events are free and the festival is part of Limerick City and County Council’s arts programme.