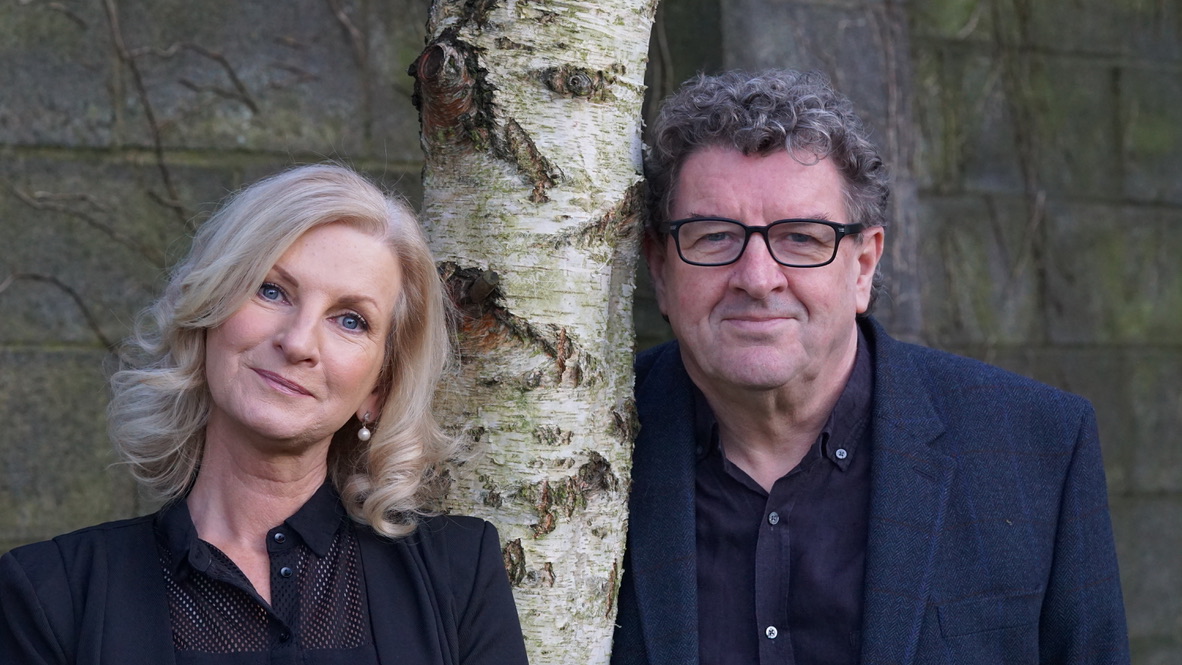 University Concert Hall Limerick has moved much of its’s upcoming programming online for the coming weeks due to its recent closure in line with Level 5 government restrictions. As part of their online streaming calendar, Eleanor Shanley and Mike Hanrahan will present an intimate evening of songs and stories direct to your living room on Saturday 14th of November.

A message from @mikehanrahan58 ahead of his online stream with @EleanorShanley on Saturday the 14th of November at 7pm.📅

Both artists have been at the forefront of Irish music for many years and now come together to present this unique online stream.

Eleanor Shanley is one of the most loved and respected vocalists in Ireland. Nearly 30 years since starting her musical career as a vocalist with De Danann, and her voice is as pure and lyrical as the first day she stepped in front of a microphone in 1990. Renowned for her unique interpretation of Irish and Roots songs Eleanor has recorded many solo albums including Desert Heart, A Place of My Own and 2015’s, Forever Young. During her time working with Ronnie Drew they recorded two albums together, A Couple More Years, and El Amor De Mi Vida, which was recorded shortly before Ronnie died.

Mike Hanrahan produced and performed on both of these albums after touring with Ronnie Drew on the Ronnie I Hardly Knew Ya tour in 1997. Hanrahan began his professional career in 1977 with Maura O’Connell in a duo called Tumbleweed touring the Irish folk circuit. He later joined Stockton’s Wing in 1980 and over the next 15 years, he toured extensively throughout Europe and the UK and wrote many of their songs. He also toured with Finbar Furey as a guitarist and also released a solo album, Someone Like You.

Both artists have been to the forefront of Irish music and draw from these experiences to present songs from their respective catalogues, interspersed with recent collaborations and a look back on their work with the late great Ronnie Drew.

For more information on the University Concert Hall go HERE

For more stories on the University Concert Hall go HERE

The search is on to find Limericks Most Stylish Man 2020