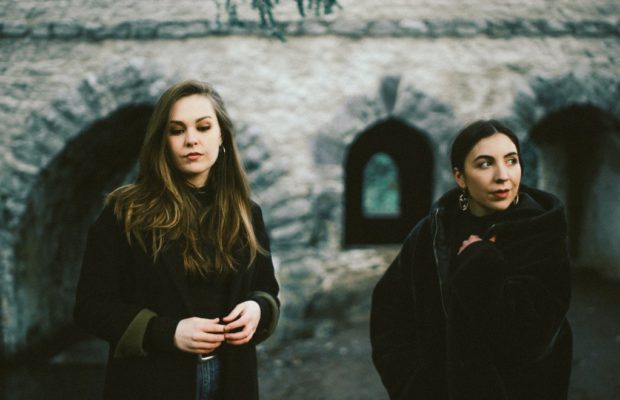 Dolans Presents have announced that electro-folk duo Saint Sister have been added as very special guests for the Bell X1’s summer concert at King John’s Castle on July 20.

Since forming in 2014 they have quickly established themselves as one of the most talked about bands in Ireland.  2015’s ‘Madrid’ was a breakout success, playlisted on BBC Radio 1, RTE and across European radio, enabling them to tour extensively around Ireland, UK and mainland Europe.

Festival highlights at Glastonbury, Electric Picnic and Latitude and support slots with The National, Lisa Hannigan and Hozier have secured their reputation as a phenomenal live band.

Critically acclaimed, they have won support from key tastemakers at NPR, The Guardian, The Independent (UK) and Billboard Magazine. At home, they were voted the “Best Irish Act” by the readers of The Irish Times, and nominated for the Choice Music Prize Song of the Year in 2016.

Their debut album ‘Shape of Silence’ was released last October to rave reviews and they embarked on a 50 date world tour, across the USA, Canada, Australia and Europe to promote it.

The band was nominated again for the 2018 Choice Music Prize, both for Song of the Year and Album of the Year. They return to the USA in May for a month-long tour with Henry Jamison.

Saint Sister will be special guests as part of Bell X1’s Castle gig which was announced earlier this year. One of Ireland’s most acclaimed bands, this will be one of a very limited number of shows Bell X1 will play as a full band in Ireland this year.

Speaking of the addition of Saint Sister to the King John’s Castle line-up on July 20th, Neil Dolan of Dolans Presents said “We are delighted to be welcoming Saint Sister as a special guest of Bell X1 at King John’s Castle. They have been touring extensively and making a huge impact at festivals in Europe including Glastonbury. This is a duo who audiences will adore and we are very lucky to be welcoming them back to Limerick”.

For more stories on concerts in Limerick, click here