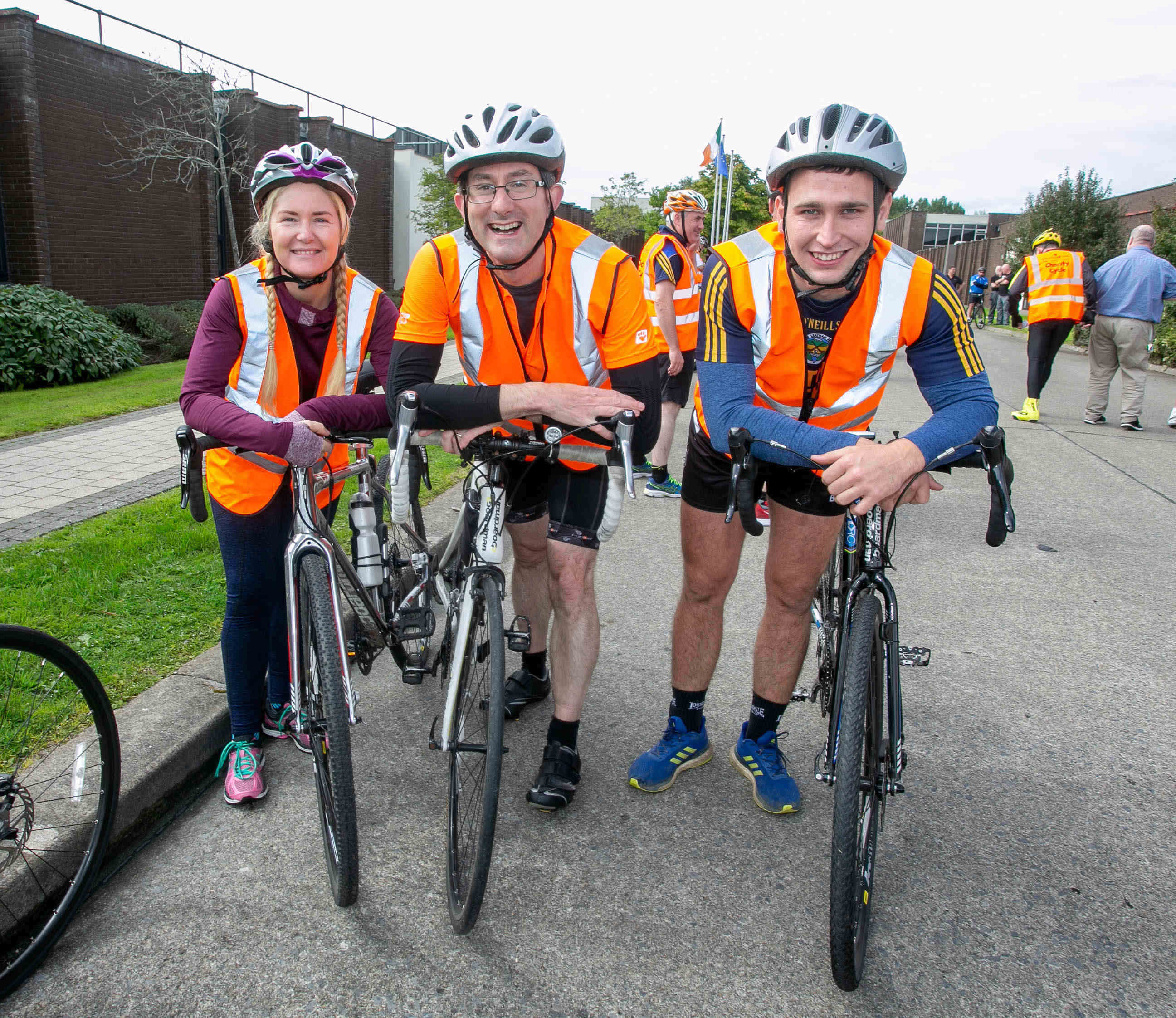 The blustery and damp conditions failed to diminish the spirit of 28 Element Six staff who took on a 50km cycle across south-east Clare in aid of Limerick Suicide Watch (LSW).

Braving the gusty conditions were also two members of LSW, as the group took off from outside the company’s Shannon Free Zone site.  Their route took them via Bunratty, Sixmilebridge, Quin, Newmarket on Fergus and back to Shannon.

The cycle raised €3,000, with the €1,500 in direct fundraising matched by Element Six.  So far this year, together with matching proceeds from the company, staff activities have raised €17,026 for Limerick Suicide Watch.

LSW’s main focus is to keep eyes on the river and identify and provide support to those in distress and who may be contemplating suicide.  Their volunteer patrol teams are duty four nights a week but their great hope is to increase this to seven nights a week in the near future as new volunteers come onboard. They depend totally on donations from the public and fundraising events, like those undertaken by Element Six, to enable their continued life-saving work.

Grainne Loonam, who coordinates the Element Six charity programme, said: “Limerick Suicide Watch does incredible, life-saving work.  It’s volunteerism at its best and we at Element Six are delighted to support their ongoing work.

“Friday was a great day, raising much-needed funds that were matched by the company. Everyone enjoyed themselves and it was great to have Mike O’Mara and Edel Henriques from Limerick Suicide Watch join us.  We have more events planned for later in the year with a Charity Bake sale in October, a Christmas lunch in December that the company will pay for and we are also collecting 20c per paper cup used in our canteen. It will all add up to a decent sum for a very worthy charity.”

One year on from the inaugural charity cycle the staff got back in the saddle. Last year, the staff of Element Six raised some €16,748 for its 2017 designated charity Cliona’s Foundation.