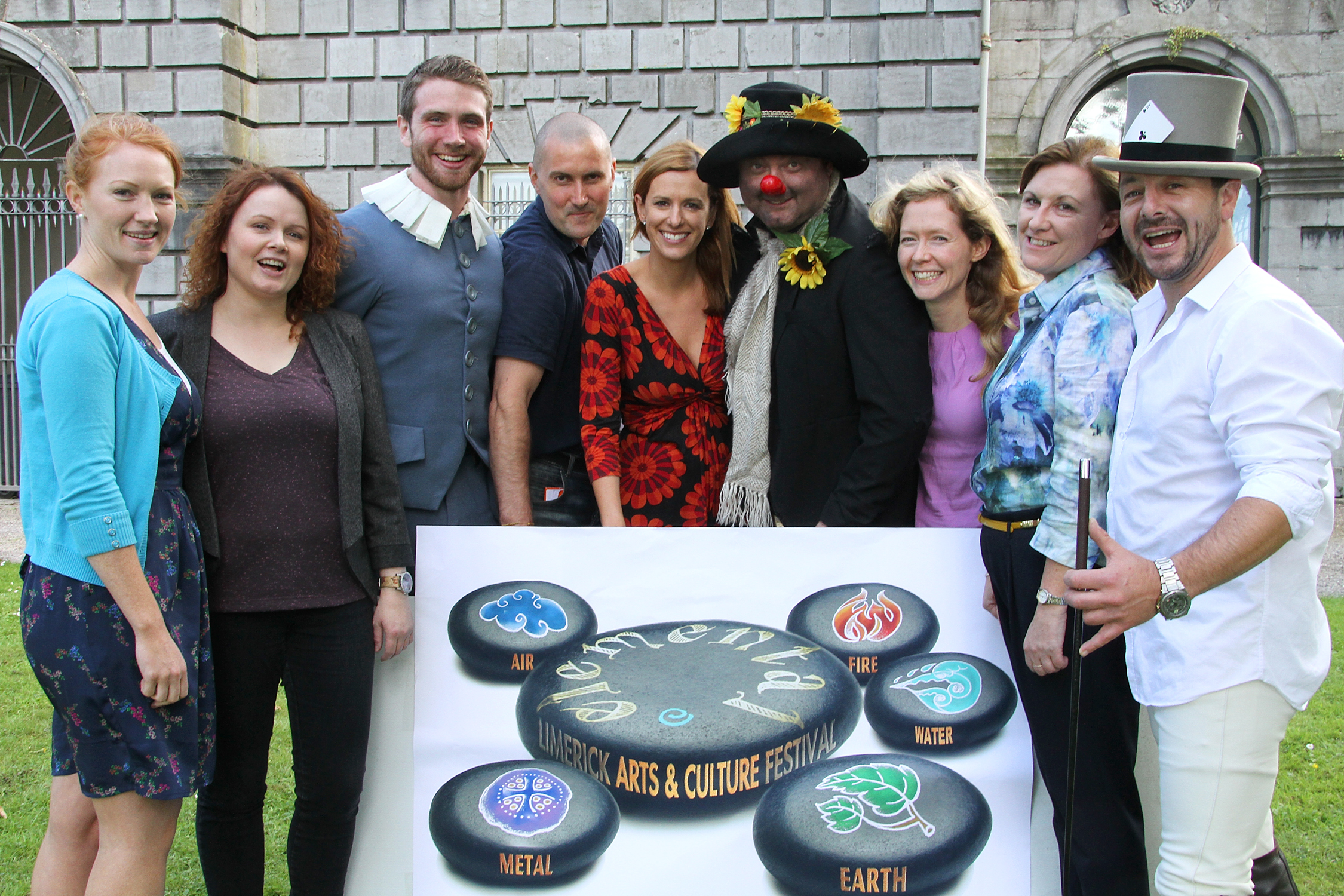 Following an impressive schedule of events through out the day, King John’s castle will become the focus of the finale with a spectacular affair entitled “Night of Fires”.
With venues all over Limerick, this one-day festival is the product of a team of volunteers made up of Pius McGrath, Simon Thompson, Alan Hogan, Colm O’Brien, Maeve McGrath, Zeb Moore and Jennifer Allen.

Zeb Moore explains: “We’ve provided something for everyone, from the world of street performance to music, comedy to drama and everything in between. The Elemental Comedy Lounge upstairs in Dolans with Joe Rooney, Fergus Costello and Choke Comedy should keep the laughs coming well into the night.”

Maeve McGrath from the Elemental team added: “Jacinta Khan of the George Boutique Hotel, which is hosting a free event showcasing short films on the theme of the elements, has been incredibly supportive of the festival as a whole and is particularly supportive of filmmakers in Limerick, which is wonderful.

“There are opportunities for the public to get involved too. Volunteer Jennifer Allen said: “There will be workshops taking place on the day and we would encourage participation in those. There’s also “In Your Element” where we want people to take photos at as many events as possible, with the caption: ‘I’m in my element’. The best, most imaginative shots will be displayed at Whelans Camera Shop on O’Connell Street.

“You’ll find all the details for the full programme in our little green brochure popping up all over town,” Jennifer added.

If it’s culture you’re after, you’ll find plenty of that too. No 1 Pery Square will host a talk at 2:30pm by Lindie Naughton on Lady Mary Heath, an extraordinary character from county Limerick, who was an aviator and Olympian in the 1920s. Then there’s the forgotten skills demonstration at the Hunt Museum. Various craftspeople will be demonstrating their skills from 11am-4pm.

Needless to mention, street performance will be well represented too. Simon Thompson, co-coordinator of street performance on the day, said: “We have a full line-up of entertainment planned from 11am on Thomas Street and Bedford Row to include young, up-and-coming and world-class street performers. Be sure you have a good spot at 1:45 pm on Bedford Row as we’ve something very special up our sleeves!”

To round off the activities on Thomas Street, Bullmans tattoo studio will have a two-hour tattooing demo from 5-7pm. Alan Hogan said: “We are delighted to have Bullmans taking part in the festival. It’s a great opportunity to show the public their high level of expertise and artistry.”

The three hour “Night of Fires” spectacular will kick off at 6pm at King John’s Castle with pyrotechnic specialist and special effects expert Hannes Jung presenting his Dreaming Flames work. This dramatic display involves a metal sculpture being set on fire.
Ending the night in style, local magician and escape artist Steve Spade will debut his performance ‘Sacrifice’, a burned at the stake illusion.

Steve will have to fight for his life to escape being burned at the stake and every second counts, all the time battling flames and the potential risk of smoke inhalation.

So it really is true, there is something for everybody at Elemental! All that’s missing is YOU!

For full line up go to www.elementallimerick.com