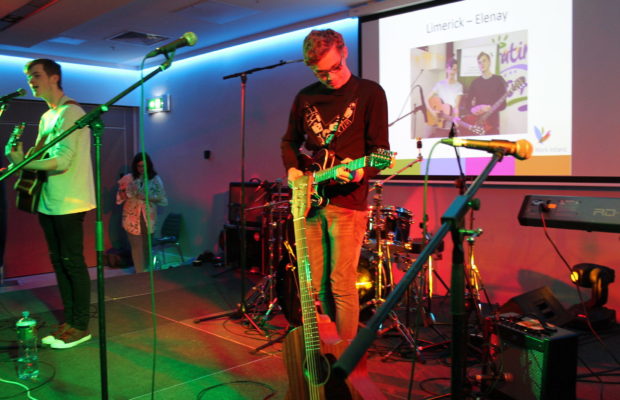 The group, which is made up Liam Byrd and Aaron Maloney, won the Best Graphic Design award at the prestigious event which supports teenage musical talent across Ireland.

After a closely fought battle, it was the band Liquid Spice, representing Youth Work Ireland Galway, who won the overall prize, a second successive win for the Western youth organisation.

Despite not taking the top prize Elenay thoroughly enjoyed the experience of playing to such a large crowd at one of Ireland’s most iconic venues.

‘We really did enjoy playing there, it was one of, if not the best, shows we ever played,’ said band member Liam Byrd. 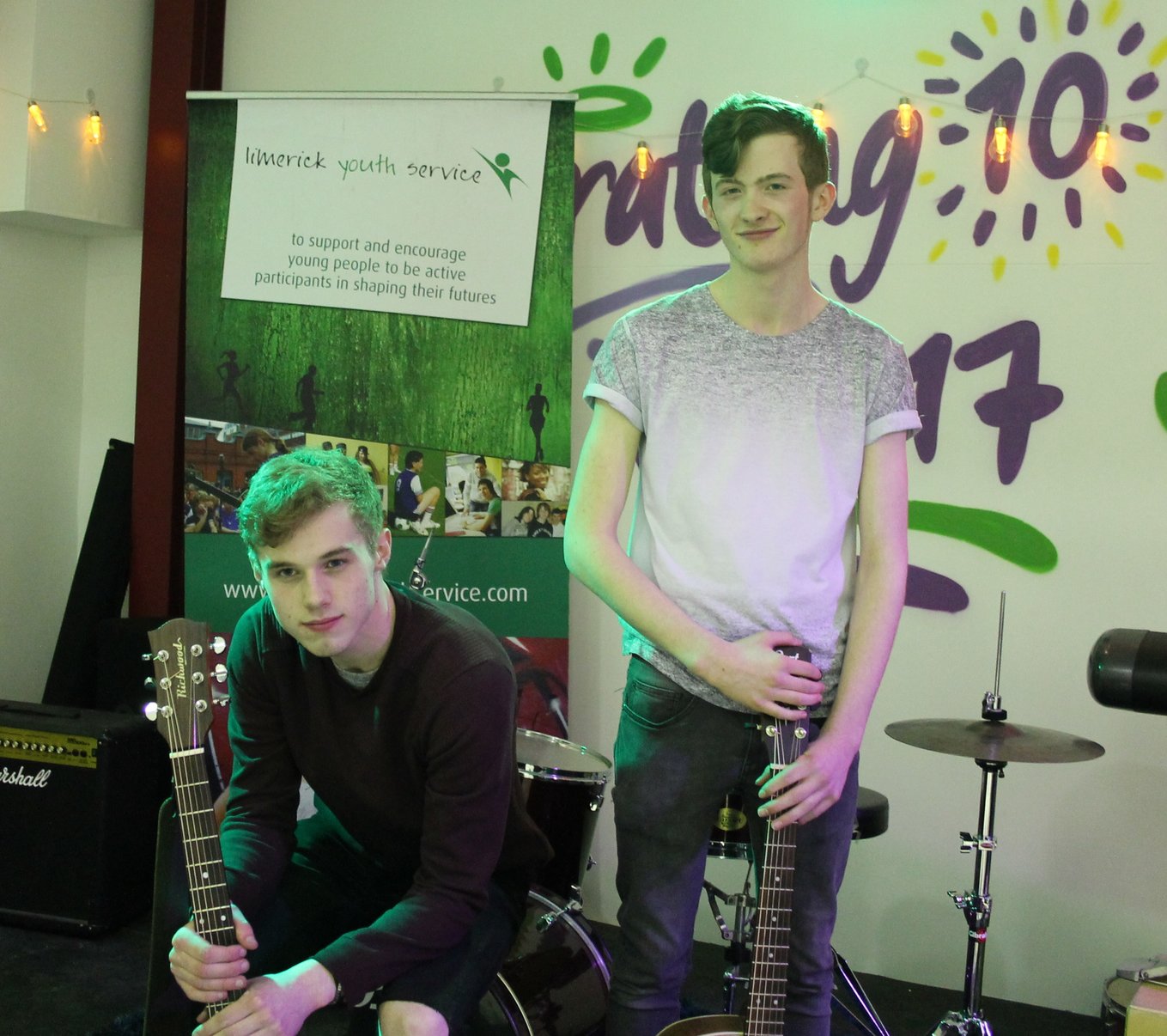 The duo, who first met at Clonlara Youth Club due to their ‘mutual hatred of indoor soccer,’ have been performing together for a number of years and have big plans for the future.

‘We recently finished filming our second music video which is to be released this summer which you can find our YouTube channel Elenay Music,’ explained Liam.

‘We also aim to have our EP recorded this summer with gigs in the mix as well,’ added Liam, who along with Aaron is sitting his Leaving Cert this June.

Limerick Youth Service’s John Real congratulated Elenay on their success and thanked their friends and family for supporting them.

‘They had a great team behind them and that was reflected in their winning the Best Graphic Design Award,’ said John who explained that ‘the IYMAs is youth work programme that gives young people first-hand experience into all aspects of the music industry from on stage to behind the scenes.’

Away from the live performances, the young people took part in workshops with leading professionals in the by the music industry.

To read previous stories about the IYMAs click here