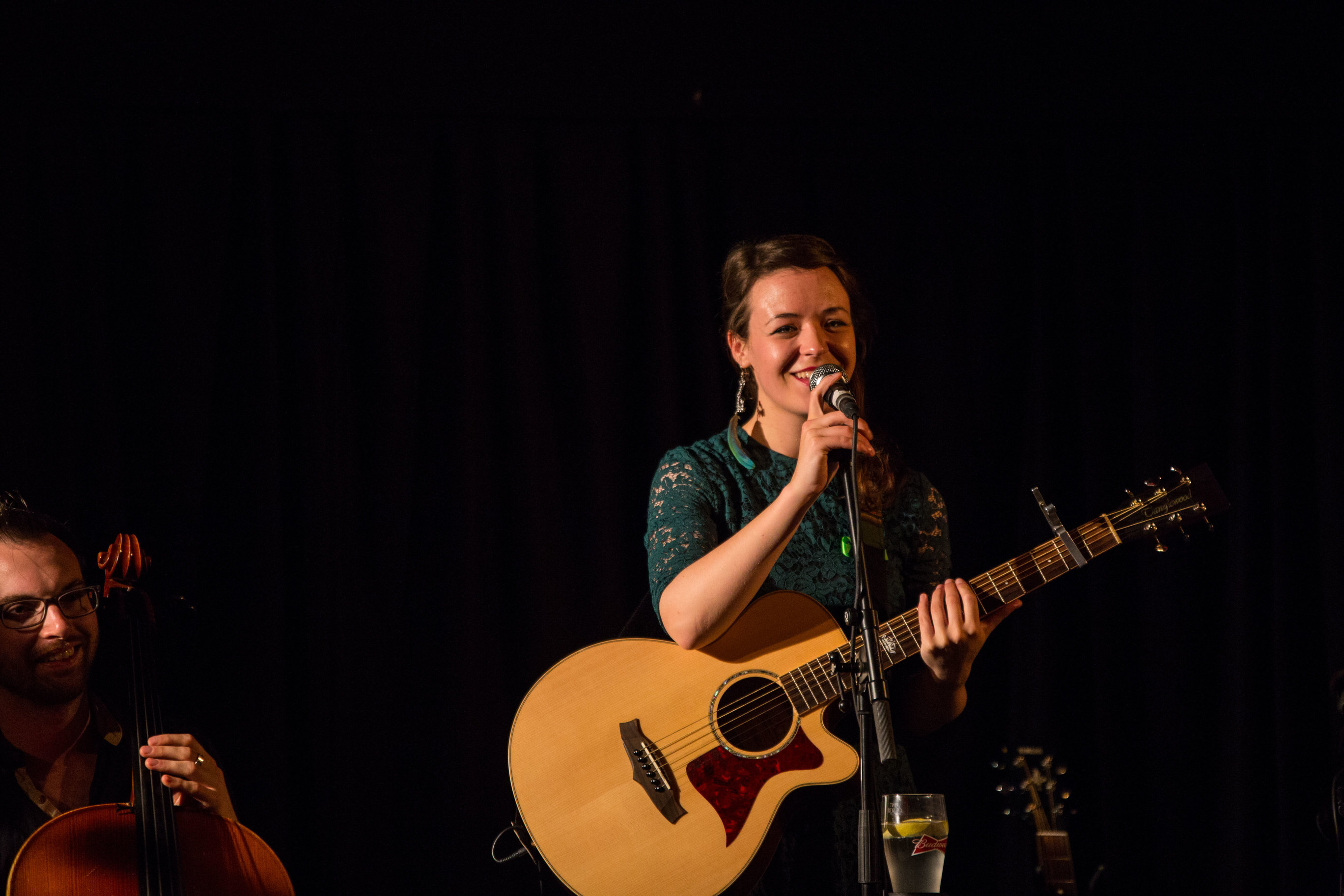 Emma promised a performance that would be mellow yet containing high energy to keep the crowd of almost 100 spectators entertained for the event, and the acts on the night certainly delivered.

“I’m finding it hard to absorb it all! The EP and the launch have been a good half a year in the making, so it’s hard to believe it’s all done! Onward now to the next thing,” Emma commented on the release of her EP.

Taking to the stage at 9.30pm Emma’s childhood friend and talented singer Nile St James, along with a guitarist and backing vocalist, warmed up a filling audience at the Upstairs venue in Dolan’s Pub, Limerick City.

After playing a half hour set, Nile St James and band ended their set to a rapture of applause followed by some greetings and kind words from the audience as they made their way off stage.

After a short intermission, the main act made their way to the stage, Emma Langford accompanied by a violinist, cellist and a drummer. Emma, herself on guitar and vocals, as she set her water for down for the night ahead.

The performance was exactly as she described, a mixture of lower melancholic

sounds and some more upbeat tracks that feature on her self-titled debut EP.

Entranced by a beautiful voice and soothing music, the crowd fell silent through each song before erupting

at the final note of each as the young Limerick singer-songwriter entertained between songs with often humorous anecdotes and quips about the compositions she was about to play.

The following day, Nile St James showed his appreciation for Emma and her work by saying, “What an amazing night. Congratulations to Emma Langford for such a beautiful evening. Had the time of my life supporting you in Dolans. Looking forward to the next gig.”

Emma has recently launched her music video for her song ‘Seduction of Eve’, you can watch it below.

You can find out more about Emma on her official Facebook Page.

If you want to read more about Emma Langford, you can find more stories here.