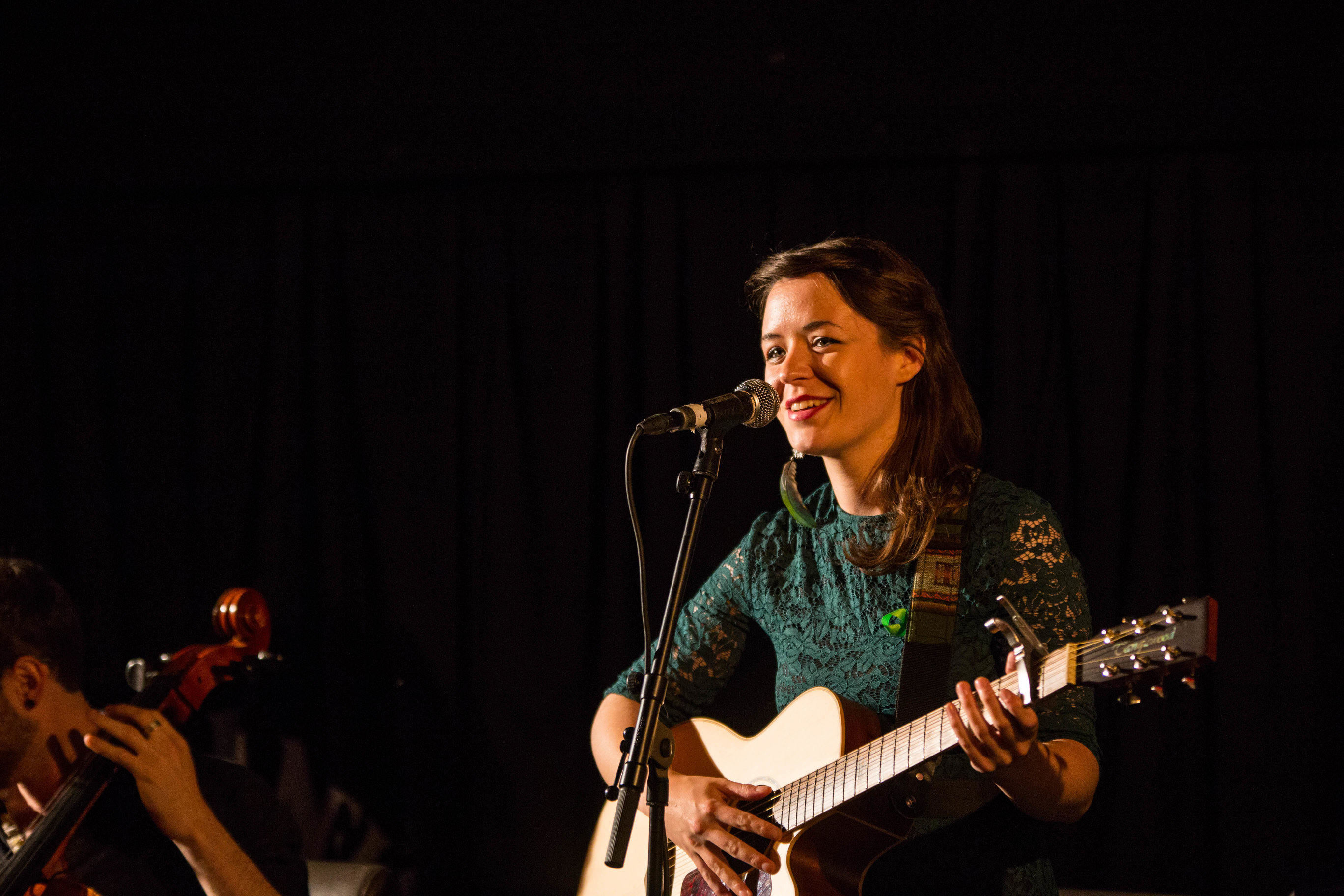 Emma Langford Pictured at her EP launch in Dolan’s, in 2016. Emma Langford’s debut album will be released in October.  Picture: Cian Reinhardt/ilovelimerick

Following the success of her self-titled EP in 2016 praised by Hotpress Magazine as “almost angelic”, Emma Langford returns with her debut album, “Quiet Giant”, set for release this October. The album showcases ten tracks, set against a stunning backdrop of strings, percussion and piano. The songs dance lightly between genres, weaving a coming-of-age narrative that explores love, heartbreak, and wrestling with self-doubt.

“Quiet Giant” was recorded amidst the rolling pastures of Portlaoise at Golden Egg Studios, with Grammy nominated producers Graham Murphy & Chris O’Brien of the Production Suite. The album lands as Langford embarks on a tour of Germany and Switzerland in October and November with the Irish Folk Festival. Irish and UK tour dates to follow.

Alongside the album pre-order, you also have the opportunity to grab a range of exclusive merchandise and tickets for the album launch at Dolans Warehouse in Limerick in December.

Since entering the live music scene in 2013 Emma has been gigging throughout Ireland both solo and with a host of musicians. Emma has made appearances in some of the country’s foremost venues such as Limerick’s Dolans, Dublin’s Whelans, St James’ Church in Dingle; and at festivals such as Electric Picnic and the Doolin Folk Festival and is now branching out through her this new tour to Germany and Switzerland.

Emma released her EP in June of last year and has since gone on to play sold-out shows throughout Limerick with her EP received widespread acclaim.